When I was a little girl growing up in Cobourg, Ontario in the 80s, I dreamed of being a princess. My tickle trunk was filled with cheap plastic tiaras, my books shelves stocked with Brothers Grimm 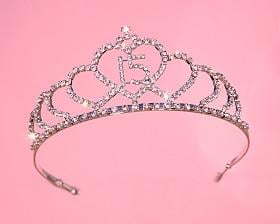 When I was a little girl growing up in Cobourg, Ontario in the 80s, I dreamed of being a princess. My tickle trunk was filled with cheap plastic tiaras, my books shelves stocked with Brothers Grimm. I spent hours crayoning images of golden-locked ladies in pouffy dresses and Medieval cone hats smiling vaguely from the tops of turrets where they sat, presumably, locked for life.

I can only assume my obsession was a perverse reaction to my mother’s staunch feminism, which led her to dress me only in itchy corduroys and sign me up for soccer (a sport I abjectly sucked at).

Somehow princessdom – particularly the old fashioned kind – fed my fascination with traditional femininity, in all its passive, candy-coated, just-stand-there–and-wave-your-pretty-white-glove glory.

My mother and I clashed over clothes, hair and the relative importance of fairy tales vs. soccer, but one thing that brought us together was the wedding of Prince Charles and Lady Diana Spencer.

Like hundreds of thousands of other Canadian women, we got up in the wee hours to watch the glass coach gliding down the Mall and the Royal procession down the aisle of St. Paul’s Cathedral.

Diana seemed impossibly lucky to me. She kissed her gawky frog prince and instantly became royal – a fairy tale come true. Little did I know at the time she would soon find herself smiling vaguely from the top of her own private turret – a lonely, needy young woman in a marriage built for three.

The implosion of that royal marriage divested the public of the idea that royals (to borrow a phrase from F. Scott Fitzgerald) are different from you an me. Princess Diana had her faults – she could be petulant and vicious and as any royal correspondent will tell you, she courted the press every bit as much as they courted her — but she was anything but in inhuman. Diana’s messy emotional honesty stands in stark contrast to the serene emotional detachment embodied by the lady whose profile graces our currency. And the fact remains: We love them both.

Now that another royal wedding is on the horizon I feel I’m going into it (along with a several billion other Commonwealth members and the bride and groom themselves) with my eyes wide open. This is in part because Prince William and his bride Kate have been together and in love in the public eye for so long. Also, I’m no longer six.

But to say I’m any less excited about the impending Big Day would be a face-saving lie. I’m obsessed! And I’m thrilled to be bringing you news from London, England on all things royal wedding related in the coming months.

Here in Britain people are generally very excited about the royal wedding, and parliament has declared April 29th a bank holiday so the country can partake in the celebration. But for many savvy, ennui-stricken Londoners (a.k.a. my friends), the notion of staying in town as their city is turned into a seething tourist trap is unthinkable. As one girlfriend who is jetting off to her family’s villa in Southern Spain recently confided, “Westminster Abbey looks the same on telly no matter where you are, doesn’t it?” People are scrambling to book the last cheap flights for long weekend getaways in Ibiza and Marrakech, and “Where are you going for the royal wedding?” has become a regular topic of dinner party conversation. Of course the notable exception to this rule will be the privileged few who are actually invited. According to the Telegraph a number have already had to cancel late season ski holidays, poor things.

I, on the other hand, am happy to inform all the anglophiles in the audience that I plan to spend the big day in the most unfashionable way possible: Nose pressed firmly against the gates of Buckingham Palace or glued to BBC news in my London flat (whichever provides the best view). I didn’t grow up to be a princess but that doesn’t mean I grew out of loving them. Now where did I put my plastic tiara?