No such thing as a 'good cry'?

Could millions of mothers (including mine) be wrong when they encourage their daughters to let it all out and have a good cry when they’re feeling down and out? 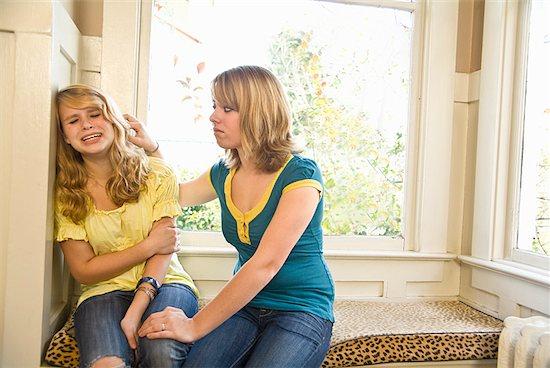 Could millions of well-intentioned mothers (including mine) be mistaken when they encourage their daughters to have a good cry when they’re feeling down and out?

One new study (via Time.com) by psychology researchers at the University of Florida suggests that for the majority of women crying doesn’t appear to have any beneficial effect on mood or feelings of relief.

The study, published in the Journal of Research in Personality, asked just under a 100 women between the ages of 18-48 to keep a daily emotion journal for three months. In the journal, the women recorded their mood, their desire to cry, when and if they did, the reasons why, where they wept and if any one was around when they did it.

The results of the experiment were mixed, as some women reported they felt nothing after a cry, some said they felt worse, while others felt better. The interesting fact was in the numbers that reported each differing experience. For 61 per cent of the women who kept a journal crying didn’t make them feel any better. While 9 per cent reported that crying made them feel worse. In the end, only 30 per cent of women said that a crying jag made them feel better.

Why is a good cry a real phenomenon for some women and an utter myth for others? Lead author professor Josh Rottenberg told MSNBC that the real reason why some women feel better after crying may be down to the strength of their support system rather than the perceived purgative effects of sobbing. He encourages people to build these support systems to ward off the blues rather than hit the Kleenex box.

In short, a cry is only “good” when a loved one or pal is there with a kindly shoulder upon which your tears may flow. OK, mom. I see your point now.