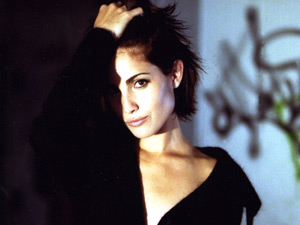 Carly Pope commutes between Vancouver and Los Angeles to tackle roles in the new season of 24 (catch the season premiere, which airs January 11) and the soon-to-be-released animated feature, Edison & Leo. The weekend finds this rising star seeking bliss by hula-hoop and downward dog.

What’s your ideal weekend?
“I’m spending a lot of time in Los Angeles right now, so my ideal weekend would involve getting out of L.A. I don’t get down to the water enough and, being from Vancouver, it’s something I truly miss.”

Okay, now what’s your real weekend like?
“A typical weekend starts with my regular Friday volunteer gig at a yoga studio near my house. Then, I try to see friends either for dinner or cocktails. On weekends I also like to get my body moving, even if that means hula-hooping or jogging on Wii Fit. If you don’t have Wii Fit, I highly recommend it. Reading is another weekend activity. Right now, I’m working on both Shataram by Gregory David Roberts and A People’s History of the United States by Howard Zinn. And I just devoured the graphic novel Black Hole by Charles Burns. Music also keeps me sane; I most recently saw Robert Plant and Alison Krauss at The Greek Ampitheatre.”

What’s your guilty weekend pleasure?
“I can sleep anyone under the table. When I don’t get enough sleep, however, it’s pretty apparent.”

What’s on the stove for Saturday night dinner?
“I’d like to think that I’ve inherited epicurean prowess from my Italian mum, but the jury’s still out on that one. I once cooked a Valentine’s feast for two and I ended up having enough food for a family of 10. I’m Italian, through and through.”

BlackBerry or Blockbuster – which best describes how you spend your downtime?
“I’d like to think I’m not type A, but I get really wrapped up in things and really stressed out. Learning to let go is a huge priority for me. So on the weekend, my BlackBerry is off.”

Who would be your fantasy weekend guest?
“My great grandmother. I was far too young when she passed away, so I’d love to have a chance to speak to her about her life – what it was like growing up in Newfoundland in the 1920s, such a decadent time.”

What was your last weekend getaway?
“My boyfriend and I drove up to San Francisco. It’s the closest thing to Europe that I could get to in six hours.”

Get to know Hollywood’s next “it” guy