At eight, she came out to her parents as transgender. Now 12, Harriette Cunningham is bringing her fight for proper identification straight to B.C.’s Human Rights Tribunal. 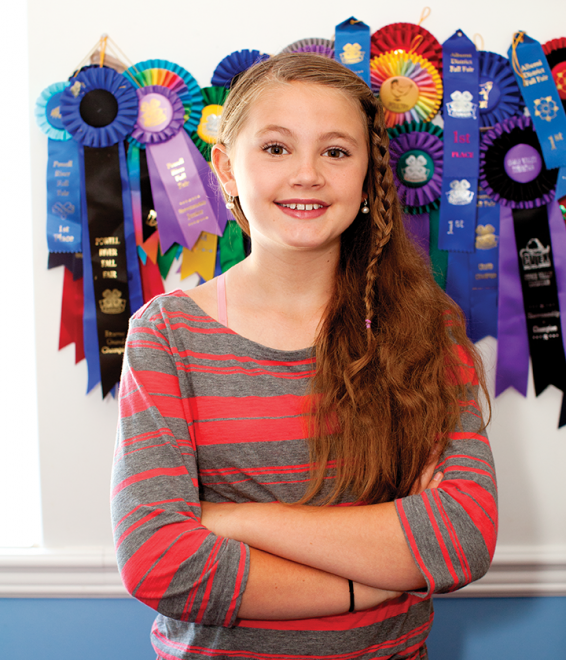 As a young child, after she fell asleep, Harriette Cunningham would dream of herself as a beautiful girl, wearing long braids and a dress from her toy box. It was a sharp contrast to her waking life, where she inhabited a body that never felt truly her own. “I’ve always been a girl, even when I was considered a boy,” she says. Harriette, a 12-year-old student from B.C.’s Comox Valley, is transgender, meaning she does not identify with the gender she was born with. Harriette is innately, adamantly a girl — despite what it said on her birth certificate. In fact, just last year, she headed to British Columbia’s Human Rights Tribunal in her ongoing fight to have that document reflect her true identity.

Born to Megan, a nurse, and Colin, a high school teacher, Harriette was given the name Declan — a clunky fit from early on. “We always knew we were dealing with a unique little person, right from as soon as she could crawl,” says Colin. From the age of five, Harriette’s outward appearance puzzled strangers; her clothes had a distinctly feminine flair. Haircuts were a struggle. She even corrected her baseball teammates if they called her a boy.

The topic of puberty is treacherous territory for any parent-child relationship, but it was the catalyst for Harriette’s coming out as transgender at age eight. “My realization just seemed really sudden,” she says. “Like, this is all wrong — I’m not supposed to have a beard. I’m supposed to look like my mom.”

Colin recalls wondering whether Harriette’s love of dolls and dresses could be chalked up to childhood experimentation. “You just want to protect your child from discrimination and preserve their dignity and happiness, and all this was kind of a fearful unknown.” Plus, with a population that tops out at 15,000, Comox doesn’t exactly offer a vast pool of resources for trans adults, never mind youth. (Harriette says counsellors “never entertained the possibility that I might know who I actually was.”) And in 2011, Caitlyn Jenner and Laverne Cox weren’t yet hyper-visible harbingers of a slightly more inclusive future.

Nevertheless, with her family’s support, Harriette began her transition. Colin and Megan okayed pierced ears and girls’ clothing worn outside the house (“with the exception of high heels,” Harriette says). She moved to a school that prioritized trans awareness. Her grandma made lasagna for a celebration dinner. And she chose her name: “It’s strong,” says Harriette. “I don’t think my parents were wild about it at first, but they found out it meant ‘ruler of the house.’ They thought it suited me pretty well.”

Still, Harriette envisioned acceptance that extended beyond her own family. In 2013, with the help of her grandmother and human rights lawyer barbara findlay, Harriette began petitioning local representatives to overturn legislation that required trans people to undergo reassignment surgery before changing the gender on their birth certificates. When Bill 17 passed in 2014, Harriette was the youngest of 30 British Columbians to receive their newly accurate identification. Then, in October last year, she appeared before the B.C. Human Rights Tribunal and pressed to have gender stricken from birth certificates altogether.

“When a baby is born, you don’t know if it will be male, female, intersex, transgender or gender-fluid,” Harriette says, noting that race and class, now considered irrelevant, were also once legal identifiers. “Gender is more than what’s between your legs.”

Harriette knows there is much work to do — it’s not clear when the tribunal will issue a final ruling — but for now, she’s kept busy with basketball, dirt-biking and candystriping at the local hospital. Someday, she hopes to enter geriatric medicine, with an eye on continuing her trans advocacy. “Nobody loses any of their rights when others are allowed theirs,” she says.