This East Coast CEO and contractor extraordinaire is empowering women to join the trades. 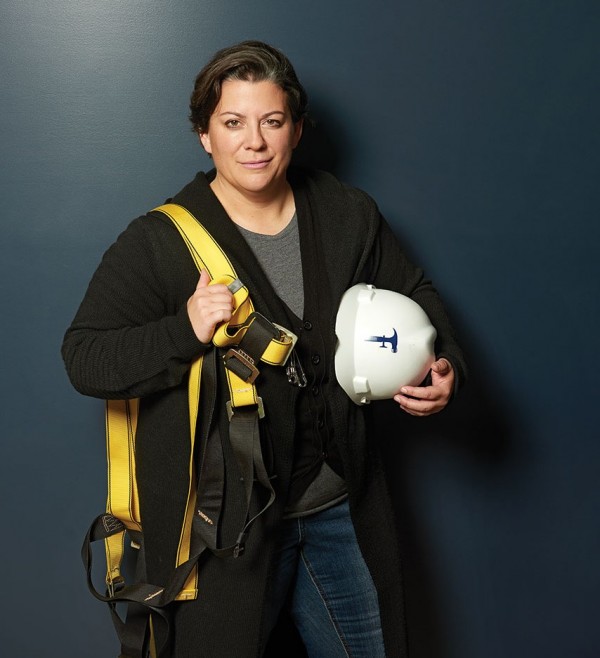 Growing up in an impoverished family of six in rural Yarmouth County, N.S., Mandy Rennehan showed a savant-like obsession with building things. “One day, I took every tool I could find in my grandfather’s shed,” says Rennehan, the daughter of a lobster fisherman and a homemaker, “and because I was so good at sports, I said to the guys at school, ‘Listen, if you want me to play on your baseball team, you’ve gotta help me build a log cabin.’”

Her big break came at age 18, when she offered to be an extra set of hands for a Halifax construction company, and two of her male co-workers showed up to a job hungover. She happily took the lead on a renovation at the home of one of the city’s wealthiest families. “They said, ‘Here are the keys, here’s our credit card.’ I ended up finishing the job the day before they got home, so they connected me with just about every business in Halifax.” By 20, Rennehan had founded her own company, Freshco, designing and building retail spaces. That small-town start-up has grown into a multi-million-dollar firm with such big-name clients as Nike, Apple, Home Depot, Gap and Lululemon in its portfolio. This past June, Profit magazine ranked Rennehan 20th on its W100 list, an annual rundown of the country’s top female entrepreneurs.

All those years of contracting have honed Rennehan’s eye for spotting potential in a property. That’s why she refurbished — and now inhabits — the once-decrepit mid-century windmill her school bus passed every day in Port Maitland, N.S. In December, she’s launching an after-school program in Southwood, N.S., to help kids aged eight to 16 develop woodworking and practical business skills.

In addition to championing children, she’s long been an advocate for recruiting women into the trades. By 2020, it’s estimated, Canada will face a shortfall of more than one million skilled workers, and as of 2012, women held just 12 percent of all construction jobs nationwide. Rennehan’s staff, whom she calls “an office full of misfits,” are 60 percent female. She’s also just finalized an agreement with Conestoga College in Waterloo, Ont., for Freshco to subsidize the living costs of every female student in the trades program. “I am really an advocate for women ,” says Rennehan, “young or grown-up, divorced, single moms. [The women on my team] can beat any one of my guys on the job, hands down.”