How crashing an audition Flashdance style paid off

Fly Lady Di went from being unknown in the dance community to becoming the dance director at Canada's biggest hip hop festival, Manifesto. 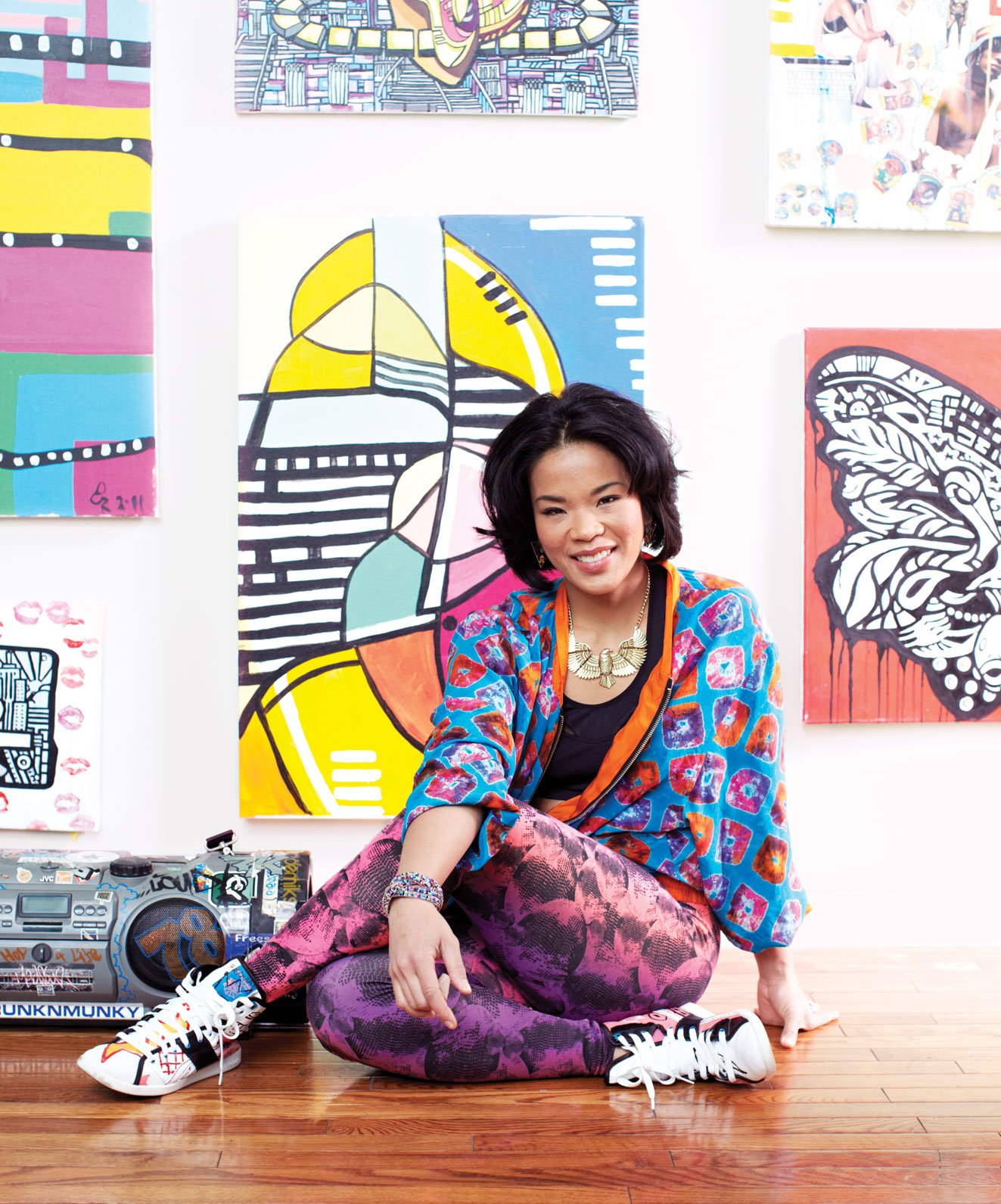 Diana Reyes, or Fly Lady Di, as she’s known in the biz, danced alongside Jessica Alba in the movie Honey and has worked with some of the world’s top choreographers: those who’ve coached the likes of Lady Gaga, Britney Spears and Michael Jackson.

Walking into her apartment, you’re struck by how sparse her living room is: nothing but a wall of her art (she is also a painter), bare wooden floors and a boom box. Diana shares the place with two other dancers, and, besides being great for rehearsing, the waxed wood is perfect for dance-offs. “We had an epic battle here on my birthday last month,” she says.

Diana is entrenched in the Toronto dance scene: She’s dance director at Manifesto, Canada’s biggest hip hop festival, held in September, and an artist at Unity, a youth-focused three-day dance event. These two roles incorporate her passions while raising awareness of and empowering at-risk youth.

Growing up in Markham, Ont., with her sister, Angela, and parents who emigrated from the Philippines, Diana spent her formative years busting moves around the house. “I have lots of older cousins and every time I danced, they’d go nuts, shouting, ‘Dance, Di!’ So I did.”

She’s always been called Lady Di by her family, like the princess she was named after. She added the “Fly” when she become obsessed with the Fly Girls from In Living Colour (the show that launched JLo’s career). But it was Janet Jackson’s 1989 Rhythm Nation video that really got her moving. “When I saw it for the first time, I knew I had to be a dancer.” She learned the choreography using a VCR: “I was always breaking the play, pause and rewind buttons through overuse,” she says. At 18 Diana took a job mopping floors and painting at a downtown dance school in exchange for classes.

It all paid off : Diana scored one of her first professional dancing gigs in a music video with Teddy Riley from ’90s R&B legends Blackstreet. Today she continues to work with a slew of celebrities and their choreographers including Laurie Ann Gibson and Director X, the brains behind Bieber’s latest video.

Wanting to take her career to the next level, Diana moved to New York when she was 22, alone. She worked 10-hour days selling clothing and took every dance class she could. When she was snubbed by a top agency for being unknown in the city’s dance community, she pulled a move right out of Flashdance and auditioned uninvited. “It’s called crashing,” she says. Her brazen manoeuvre worked: She was one of only two chosen from 140 dancers.

Diana has also been part of a group exhibition at the Art Gallery of Ontario. Her dad, an artist himself, recognized her natural talent at a young age. “He taught me proportion and how to mix colours,” she says. But as for a career, he believed you needed more than art to make a living. “The financial uncertainty can be a roller coaster, but I couldn’t live without dance,” she says. “It’s amazing to get to share it with people.”

I wish I had more time for…painting! It’s so time consuming.

My favourite moment of the day is…sunset: I love the different colours in the sky.

I wish I was better at…jazz dancing. It’s so technical and controlled — you have boundless opportunities when you have good technical training.

I wake up in the middle of the night thinking about…my future. When you turn 30, it takes on a new meaning.

My advice is…take your time; embody the music; you teach best what you most need to learn.

My guiltiest pleasure is…rocking out to Rihanna in the mornings and tweeting during award shows.

I’d love to go on vacation to…Boracay, Philippines, where my family is from.

My perfect day would be…on set with my friends (a.k.a. my favourite performers).

1. Reeboks: “I love the bright colours and designs. My fave pair are limited edition Basquiats that I will never part with.”

3. Denim Jackets: “An absolute staple in my wardrobe. I’ve collected many over the years and love wearing them.”

4. SNL on Netflix: “I’ve been really into comedy since I was a kid, and I still can’t get enough of old Saturday Night Live sketches.”

5. iTunes: “I can’t live (or work) without music! I listen to a lot of older stuff like Mary J. Blige and Kelis.”