Monica Adair is changing how we look at the East Coast 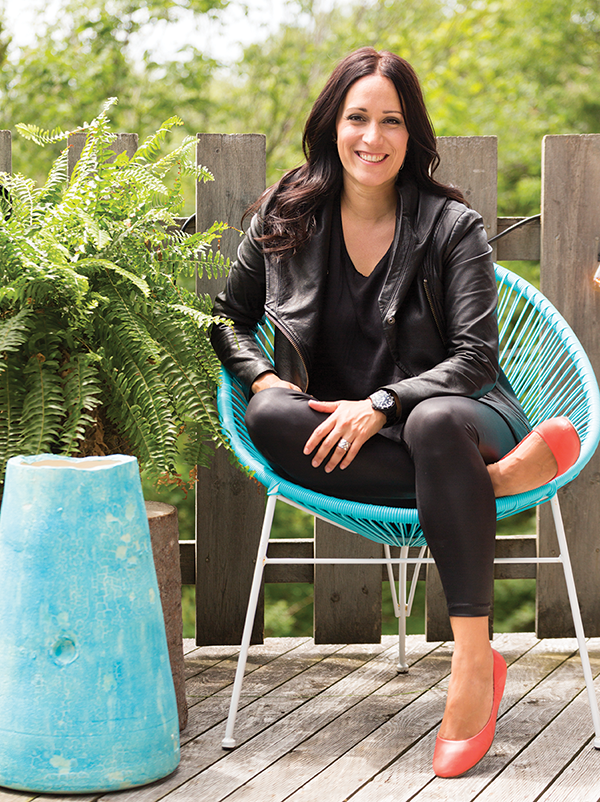 Monica Adair is always thinking about potential — whether it’s how to transform a space, how to grow her business or how to use architecture to make a difference. But it’s her own potential that was recognized this year when, in June, she received the Royal Architectural Institute of Canada’s Young Architect award. The quality of her work as well as her commitment to Atlantic Canada and the arts community made her the jury’s top choice.

Monica took a circuitous route into architecture, attending the University of New Brunswick to study psychiatry before switching to psychology and Spanish. She spent weekends and summers training as a naval reservist, then taught English overseas for a year. It was there, in Taiwan, that Monica felt the need to pin down a solid career plan. Having had an architect as a mentor during her high school exchange in Spain, she decided to apply to the master of architecture program at the University of Toronto. That degree led to work at firms in Toronto and New York.

While in Manhattan, Monica started dating Stephen Kopp, now her husband, whom she first met in grad school. After two years of 80-hour workweeks, they returned to Saint John, N.B., in 2007, and in 2010 started Acre Architects. “We’re in a province that has only 11 architects under 40,” she says. “We realized that here, if we don’t do the project ourselves, it might never get done.”

Their first project as a firm was designing a small patio for a wine bar they frequent in Saint John. “It got picked up by International Architecture & Design magazine — it’s the little patio that could.” Next was the Hugo Bureau, an office-within-an-office for their son Hugo, now three and a half, to play in while they work. Valentino, their six-month-old, also comes to work with them. “We never take the conventional order of things as a given, including how we raise our family,” Monica says.

As their company has grown (to seven full-time employees), so has the scale of Monica and Stephen’s projects. For the past four years, they’ve worked on Picaroons Microbrewery, set to open in Fredericton this fall. Located in an 1885 red-brick railway roundhouse, it will also serve as a community space, complete with an events room, large bar and outdoor concert facilities. And since the building is in a flood plain, they raised the brewery equipment three feet above the ground and put the electrical system in the ceiling. “It really feels like we’re not working against the [environment], but with it,” Monica says.

Next, she’s helping develop and design an orphanage and women’s community centre in southern Uganda. “I’ve realized that we can really champion worthy causes,” Monica says. “You only have one life, and it just feels like it can be so big.”