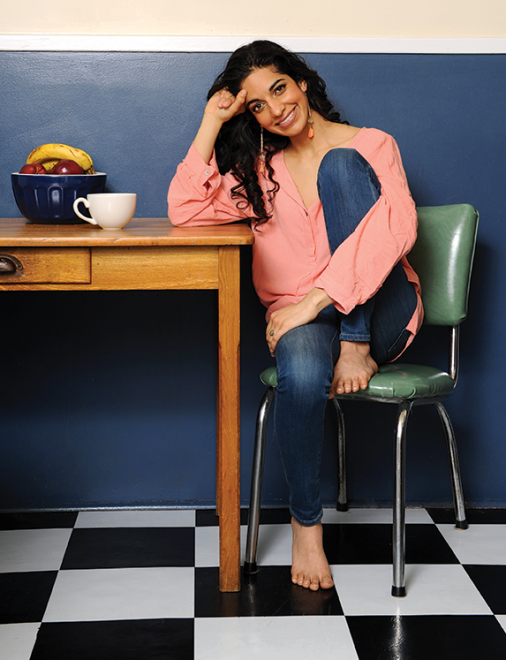 Harveen Sandhu fell in love with the spotlight when she was just nine. After starring as the Big Bad Wolf in a grade 5 classroom production of The Three Little Pigs, she realized she’d found her calling. “I thought, if there’s one thing I know how to do, it’s play this wolf,” she says. A decade and a half later, the stage is still her home.

This summer, the 24-year-old stars as Eliza Doolittle in Pygmalion at the Shaw Festival, the annual event in Niagara-on-the-Lake, Ont., showcasing the work of British playwright George Bernard Shaw and his contemporaries. She’s the first woman of colour to play the role in North American theatre, which might come as a surprise: In a play where a woman from a working-class background learns to “perform” like a member of high society, race is an obvious (if unspoken) theme. With this production, Harveen intends to bring that theme to the surface. Her hope is that the modern take on a classic — also featuring couture Chanel costumes and Kanye West tunes — will resonate with new audiences. “It’s a beautiful metaphor for women,” she says. “Through the struggle of life, how do we keep our sense of self?”

That’s a dilemma Harveen faced early on in her life. When she was just three and a half, Harveen moved with her parents and two older brothers from Kenya to Ottawa. It was a tough start in a cold place. “It’s not romantic at all,” she says. “The immigrant story is a hard one.” Her father, who’d run a thriving steel business in Africa, opened an Indian restaurant called Shaan Curry House. As a kid, Harveen spent her summers working in the kitchen; 20 years later, the business is flourishing. Her parents, having worked so hard to provide for their family, weren’t thrilled about her decision to pursue a career in theatre. “Honestly, what parents would be?” she says. “They wanted stability for me, and acting is very unstable. But it is a beautiful craft.”

It’s also a craft she feels she’s still learning, even though Harveen is no rookie. By age 18, she had already written, directed and produced several of her own plays, winning awards from the prestigious Sears Ontario Drama Festival along the way. Now in her third season at Shaw, and only three years after graduating from Ryerson Theatre School in Toronto, she performs six to eight shows a week. It’s an exhausting schedule, but it’s worth the fatigue.

Harveen would be happy if this production motivates directors to seek more diversity in theatre. “If people don’t see themselves represented in what we do, they’re not going to come to the theatre. It’s my duty, as an actor, to provide a voice for people who don’t have one.”

Pygmalion at the Shaw Festival runs May 31 to October 24.