How interviewing one of hockey's toughest players transformed a female sports reporter's career. 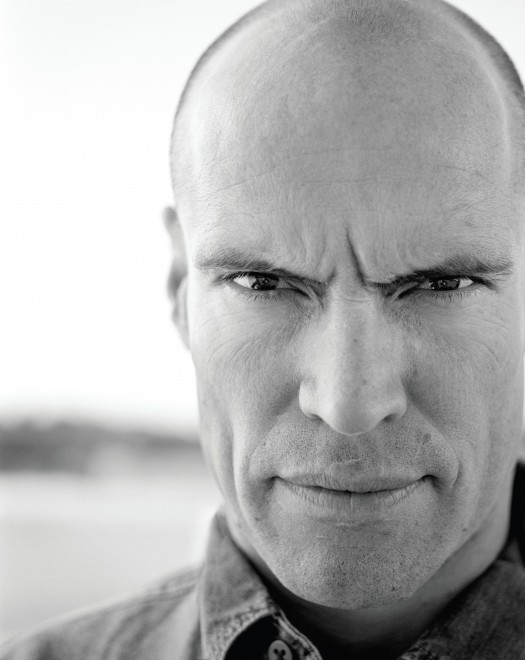 “Can you go into the Calgary Flames dressing room and do a post-game story?” I stared at the phone — I had been dreading this call for months. But it was make-or-break time. So I did what any enterprising young sports reporter would do: I lied through my teeth. “Sure, no problem,” I told TSN’s assignment editor, even though the last place I wanted to go was the Flames locker room.

I started shaking in the second period, and by the end of the game I was filled with such terror I thought I was going to pass out. By the time I met up with my cameraman outside the dressing room door, I was a trembling, sweaty mess. Being the lone woman in the group, I got more than a few smirks and eye rolls tossed my way by the male reporters.

When the doors swung open I trailed the pack, keeping my eyes firmly on the floor. Not daring to look up, I followed the microphone cable that was attached to my camera. It led me to a pair of naked feet. They belonged to team co-captain Lanny McDonald, whose trademark moustache was twitching with amusement as he looked at the stressed-out female with the shaking microphone interviewing him. Soon the heard departed again and, glancing wildly around the room, I noticed goaltender Mike Vernon in the corner. After collecting a few more clips, I ran out the door to file my first hockey story. They must have liked it, because a few weeks later I was back at the Saddledome.

The mid to late ’80s were the glory years for hockey in Alberta. Calgary was beginning to make a serious run for the Stanley Cup, but the spotlight was on the Edmonton Oilers. When Gretzky and the boys came to town, the Saddledome exploded. Everyone wanted to talk to the Great One. But on this day, TSN wanted Mark Messier, the tough guy known as the Moose.

In the early days of his career Messier was a man of few words and let his fierce, physical play do the talking. He was 205 pounds of aggression, and he terrified his opponents — and me. Whenever the media wanted to interview Messier, we were always told he was in the trainer’s room.

That night I hid out in the stick room with my cameraman, Brad. An hour passed and Messier was still with the trainer. Finally the weary PR guy came up and yelled, “Mark’s coming out!” I grabbed the mike. I could hear Messier approaching and I started to panic. As Brad fiddled with the camera, a large pair of feet arrived in front of us. “Let’s just get this over with!” Messier barked.

We got the camera rolling and I found myself looking into the seething face of Mark Messier. He was clearly not impressed by me, but something had caught my eye and I don’t if it was from nervousness or exhaustion — but I burst into laughter. “What’s so funny?” Messier asked through clenched teeth.

I gasped, “I’m sorry, Mark, but…” I pointed down toward his kneecaps. One of the toughest guys in the NHL was wearing Frosty the Snowman boxer shorts. Messier glanced down at the cartoon figures dancing across his shorts, and I watched the sneer change to a smile. “Yep, they’re something, aren’t they?” he said. Now everyone was laughing. I apologized, pulled myself together and did the interview.

A few weeks later, the Oilers were back in town. As Messier stepped onto the ice for the pre-game skate, he looked up in the stands, nodded and said, “Hi, Teresa.” The male reporters sitting near me gaped. One of the top players in the NHL had acknowledged a rookie female reporter. I was now part of the club.

Years later, I was sent to New York, where Messier was now captain of the Rangers. When he finally came into the locker room, the New York media hounds shoved me aside. Winded, I pushed back, trying to get my mike near Messier. As he began answering the first question, his eyes scanned the crowd. He suddenly stopped and yelled, “Hey, Teresa. Get up here!” His arm shot out and parted the way, allowing me to walk up to the front. “Who is she?” I heard someone mutter. Satisfied he had things the way he wanted them, Messier said with a smirk. “Okay, we can start again. Teresa, did you have a question?”

Adapted from Chicken Soup for the Soul: Hooked on Hockey, available now.