My family’s annual boiling will live on despite the death of my father. But can it weather the climate crisis? 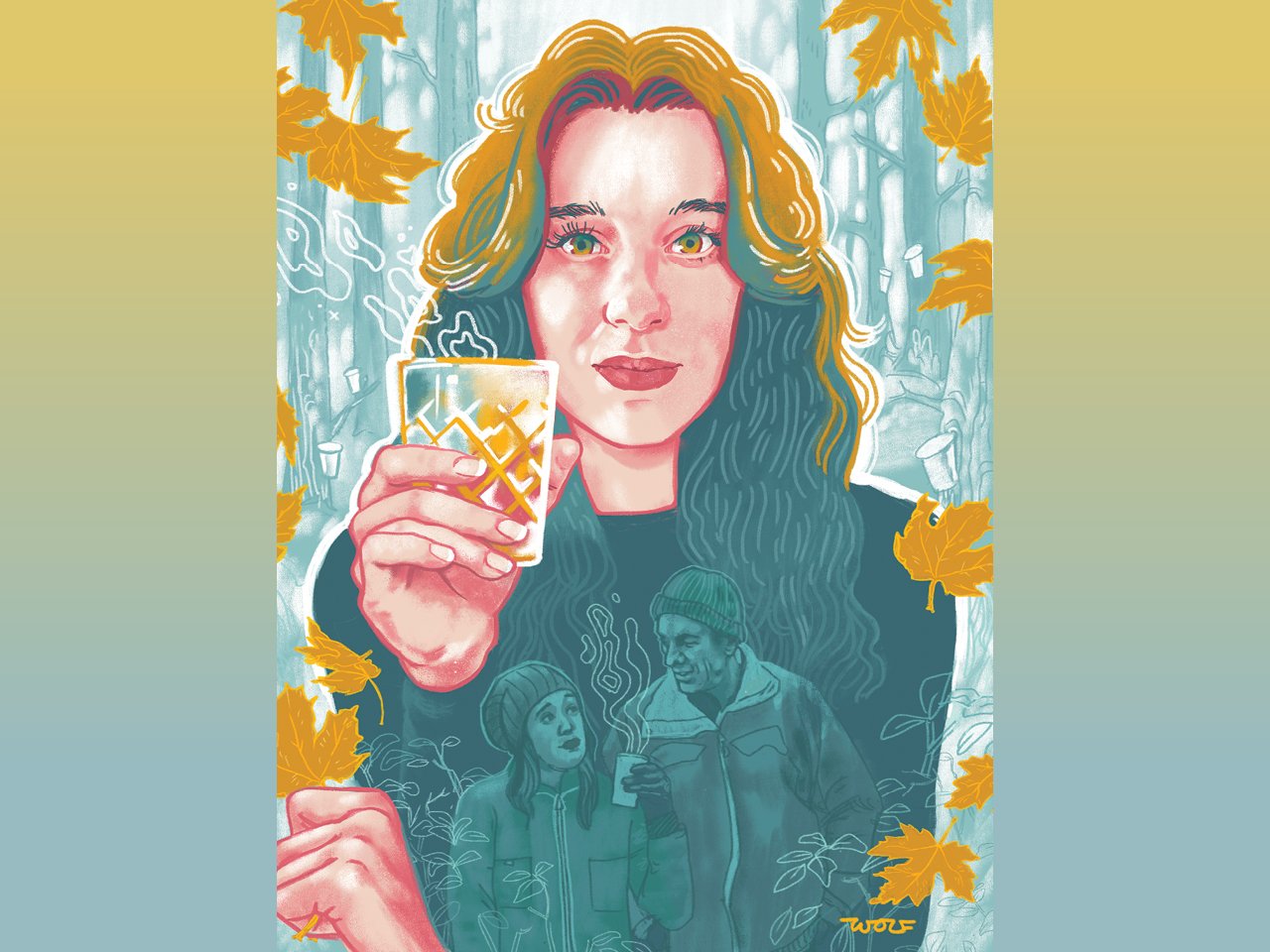 The maple syrup tradition in my family started long before I was born. After my grandpapa passed away when I was a baby, my father inherited his metal vat for boiling the sweet water (also known as sap) over a fire. In early spring, as soon as the days got above freezing and the nights dipped below—the conditions needed for sap to flow—my father would tap the maple trees in the woods around our house in Frelighsburg, Que., and freeze the water until boiling day.

Our annual boiling had always marked the season changing, sweetly announcing the end of a long winter. Every Easter weekend, my father would choose one morning to get up early and build a fire in our backyard to start the long process during which maple water boils down to one-fortieth of its volume and becomes syrup. Later in the day, our whole French-Canadian gang—complete with aunts, uncles, cousins and our grandmother—would crowd around the bubbling vat. About every 20 minutes for the last two hours or so of boiling, my dad would check the liquid’s thickness by holding up a spoon and letting it drip down to see if rivulets formed, which meant we were getting somewhere. Eventually, he would finish the job in a large pot on the stove and pour the precious amber fluid into mason jars. Then he would take out the snow he’d carefully stored in the freezer and drizzle syrup onto it to make maple taffy for us all. Later, I was one of the privileged few who got to bring a mason jar of syrup home.

There was another special moment, too, somewhere near the syrup-making halfway point, while we were still gathered outdoors. I’m not sure when it started or who got the idea to add booze to the recipe, though my grandmother was known for having an affinity for gin—my cousins and I found this out young by taking unsuspecting sips of what we thought was 7Up. By the time I was in my 20s, along with waiting for maple syrup, we looked forward to the moment, about five hours into the boil, when the water started turning yellow and the sugar concentration increased. We then ladled the liquid into glasses we could warm our hands on, and added a healthy splash of gin. The herbaceous liquor was the perfect fit for the sweet mixer laced with tiny specks of bark. Though maple water has become a trendy health drink, there isn’t a single store in the world that stocks the stuff half-boiled and flecked with wood.

Global warming, that bull in spring’s china shop, might make our one-of-a-kind cocktail even more of a rarity. As spring now arrives earlier (a phenomenon called season creep), maple syrup making could be pushed forward to the point where—less than 100 years from now—boiling would occur closer to Christmas than Easter. These warmer and earlier springs can disrupt the delicate freezing-and-thawing process needed for sap to circulate, while also shortening the window during which the trees can be tapped­­—and syrup producers are feeling the squeeze. A reduced tapping season mean trees have a shorter window to store carbohydrates for the next year, resulting in less-sugary sap. As a result, producers will have to boil down more of the water to get the same amount of syrup.

Warmer temperatures also mean there’s less packed snow on the ground to insulate tree roots when weather gets wild—another by-product of the climate crisis—which can cause significant damage. “[Ice storms] are terrible for maple trees, which are quite brittle in the winter,” explains Lenore Newman, director of the Food and Agriculture Institute at the University of the Fraser Valley in Abbotsford, B.C. She notes that root and branch damage sustained from an ice storm can cut syrup production by 20 percent overnight due to slow regrowth or, in rare cases, even death. “I always call it a one-two punch. [It’s getting warmer], but it’s that disruptive weather that’s really damaging.”

In February 2016, my father sat me down on his bed and told me he had cancer. A month and a half later, he was in chemotherapy, but that didn’t stop him from hanging buckets on trees, collecting water and getting out his vat. This time, the boiling was only for my father, brothers, our partners and me. It was a bright, unseasonably warm April day; one of my brothers had brought a bottle of Ungava, a Quebec-made gin infused with wild rose hip and Nordic berries, and we all clinked glasses in the sunshine.

A year later, my father was considerably weaker, and there was no gathering. However, he’d managed to collect a bit of maple water—just enough to make a few jars of syrup on his stove. He gave me one bearing a homemade label that said “Ben d’l’érable, cuvée 2017” (a play on his name, that means “a lot of maple”). He died about a month after that and, later on, I decided to keep some of his ashes in the small mason jar marked with the year of his last batch. I was heartbroken when we sold his house, maple trees and all, but some of the money from its sale recently allowed one of my brothers to buy a cottage north of Montreal, where he’ll be able to tap his own trees. In the future, we hope to gather there, around the open fire, while sap boils in our father’s vat. As maple water slowly turns to syrup, my brothers and I will ladle it into glasses, add some gin and cheers to our dad. We’ll also hope that future springs maintain their predictable chaos, freezing and thawing and freezing and thawing, so that the sap—and the gin—can keep flowing.