Duchess Kate Surprises Nurses Around The Commonwealth With Video Calls

Alongside the Countess of Wessex, Kate connected with nursing staff in Australia, India, Malawi, Cyprus, Sierra Leone, the United Kingdom and the Bahamas. 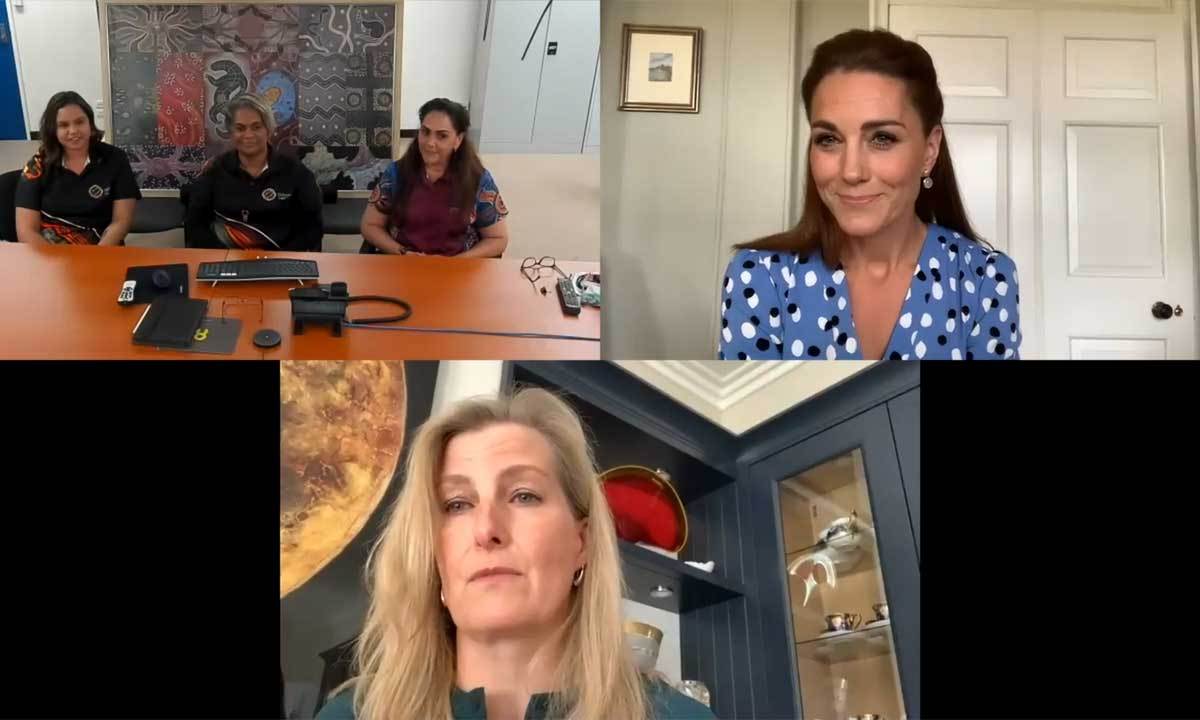 Nurses and front line workers are extraordinary people. During the coronavirus pandemic, our appreciation for their tireless dedication, compassion and skills is so much more.

That’s part of why Duchess Kate and Countess Sophie surprised nurses around the Commonwealth with video calls to mark International Nurses Day on May 12.

The Duchess of Cambridge and Countess of Wessex, who are isolating separately in Norfolk and Surrey, respectively, appeared together in the chats with nurses to find out how they are doing as the world battles COVID-19.

The women connected with nursing staff from across the globe including in Australia, India, Malawi, Cyprus, Sierra Leone, the United Kingdom and the Bahamas.

They heard about what it is like on the front lines and changes staff are making, listened to personal stories, talked about mental health and ensured the nurses and staff knew how appreciated they are.

“Thank you for what you’re doing,” Sophie said to medical staff in India. “The outcomes are so much better because of the interventions you are doing.”

The video began with a voice call with medical staff and Her Majesty, who acknowledged nursing staff have had “quite an important part to play recently” in light of COVID-19. The clip continued with a message from Prince Charles.

“On International Nurses Day, my family and I want to join in in the chorus of thank yous, to nursing and midwifery staff all over the country, and indeed the world,” the future King said.

Duchess Camilla, Prince William, Kate, Princess Anne and Sophie all made appearances in the video to offer their heartfelt thanks to medical staff across the world from Tanzania to the United Kingdom.

In closing, Charles said, “Thank you all so much for the diligence and courage you’ve shown.”

Thank you to all the nurses, doctors and front line workers!

Earlier, the Duke and Duchess of Cambridge made another surprise video call on VE Day from their country home at Anmer Hall when they joined celebrations marking the 75th anniversary of the end of the Second World War in Europe. They spoke with 101-year-old Charles Ward, who deciphered “secret messages” from late former British Prime Minister Winston Churchill during the war.

At the beginning of the month, the mom of three had video calls with midwives, parents and experts to hear about how the coronavirus has impacted them and heard their concerns. She also congratulated a new mother.

As of this writing, Johns Hopkins University of Medicine reports there have been more than 4.2 million cases of COVID-19 confirmed in 187 countries and regions. The illness has killed more than 287,000 people worldwide, but more than 1.47 million people have recovered from it so far.