Spend an afternoon at your local botanical garden, treat your eyes to some visual art, and thank Dad on Father's Day. 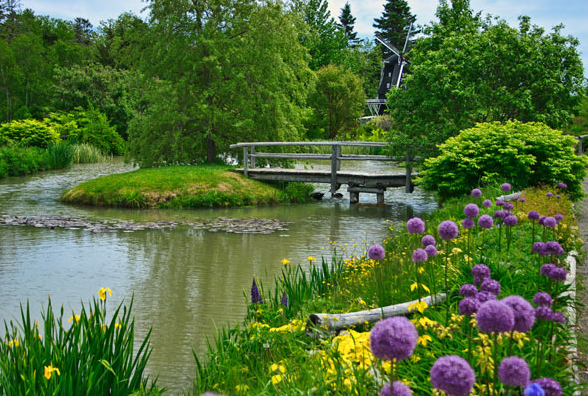 Canada’s inaugural “Garden Day” is here, raising awareness about the importance of private and public gardens. The day will be celebrated at botanical gardens across the country, so now’s the time to stop and smell the roses. Not quite sure where the best green space is? This Friday also marks the official launch of the 2013 Canada’s Garden Route season. Check out this comprehensive list of all of the Canadian gardens to be seen and experiences to be had from one province to the next.

2. Rock and roll your way to a music fest

Music festival season is definitely on its way with line-up announcements being unveiled on radio-waves daily. From folk-rock, to indie-rock, there is a rock band taking a stage near you. Top picks: Head to Canal de Lachine for Montreal Folk Fest; plan your weekend around a thousand bands for NXNE in Toronto, or catch Sled Island Music and Arts Festival happening across 30 venues in Calgary’s downtown core.

3. Treat your eyes to some visual art

This weekend, the BoulevArt opens again to cater to a one-kilometre stretch of visual artists and their onlookers for Montreal’s infamous open art exhibition. Throw a stone a province over and you’ll land on Luminato, where creative minds alike will be gathering to display their best work in visual arts, dance, theatre and music. Do your eyes a favour and open them to all of the surrounding beauty.

Celebrate acceptance and help foster a greater community by showing your pride proudly and loudly over the coming weeks as Pride Festivals kick off across the country.

Before your father updates his status to “Gone Fishing!” be sure to thank him for putting his best foot forward when walking beside you through life. Whether it’s with a cool gift, a phone call, or  joining him on his fishing expedition, remind him you are thankful for him this Father’s Day.