Welcome to the real-life Brady Bunch

Judith McMurray had two kids; the man of her dreams had four. At 29 she found herself trying to mother total strangers. 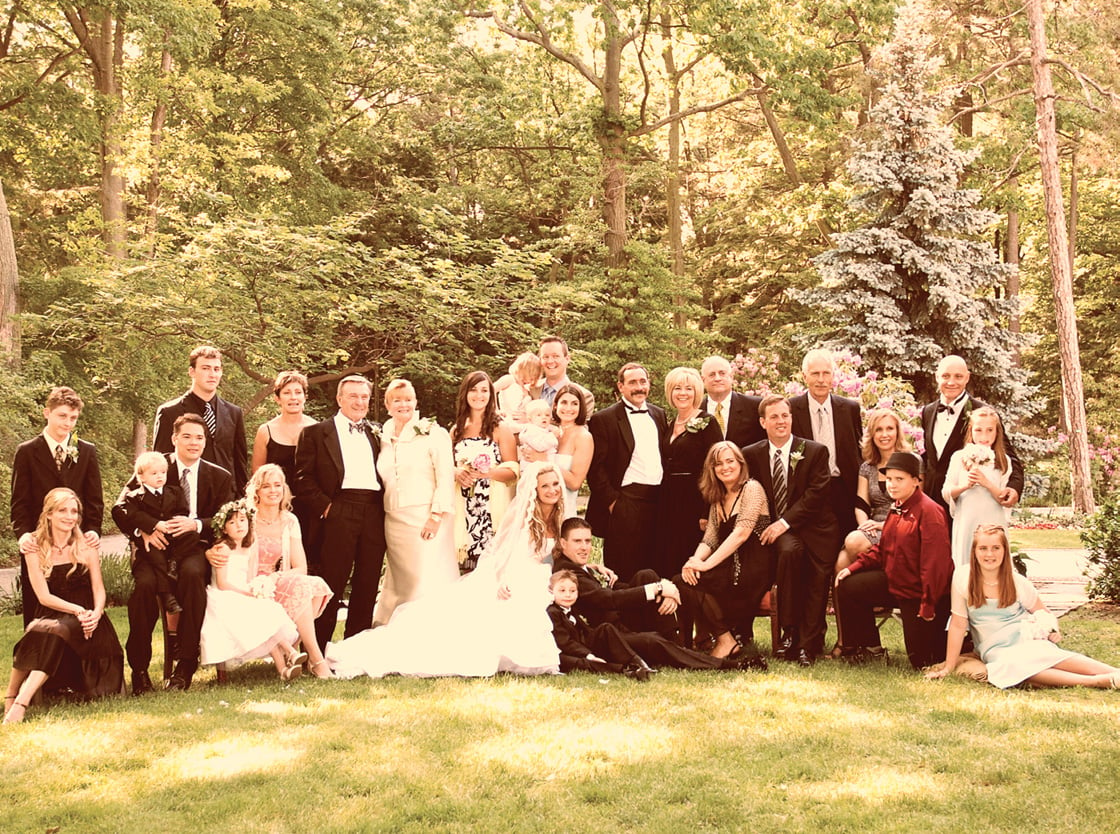 Celebrating the wedding of Taryn (the youngest) in 2008

My mother, Judith McMurray, shivered as she sat beneath the waterfall in Muskoka Ont.’s Oxtongue River. The cold rock was uncomfortable, and the water felt like ice as it cascaded over her bare shoulders. No matter how violently her teeth chattered, though, she refused to climb to drier ground. She’d been ordered to sit still, and so she would.

Her captor’s name was Cynthia, her fiancé Sid’s nine-year-old daughter, who would one day become my big sister. She was the second youngest of four children from my father’s previous marriages. “You sit here and be Mama Bear,” Cynthia demanded, guiding my mom to the rocky perch and fixing her there with a determined stare. “Don’t move until I say. You have to wait until all of us bear cubs come back to get you.”

My mother watched all six children scamper away to the edge of the lake, her own two daughters gamely following their companions. She and Sid had met six months earlier on a ski hill when, on their way to the chairlift, their skis had become tangled. The rest, as they say, is history. Separated from her husband, with nine-year-old Dawn and six-year-old Cinda, she didn’t know then that Sid also had children. He had been married twice before and his eldest child, Steven, was 15. Then came Debra, 13, and from his second marriage, Cynthia and her brother Lindsay, who was five. This is the story of my parents — and the amazing family they cobbled together. 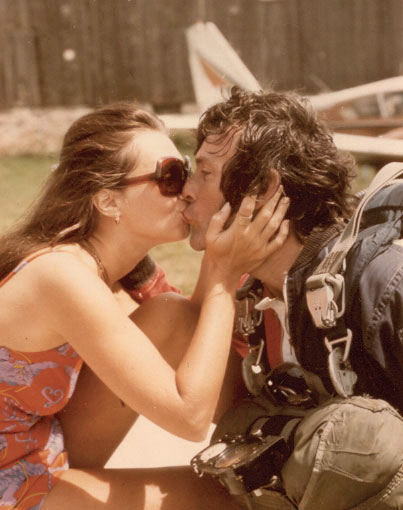 Judith and Sid the year before they married

Although my mother ached to get out from under the falls, she knew how important the moment was to her relationship with Cynthia. My mom had moved to Canada to marry my dad, and while she had no idea what it meant to be a step-parent, she knew she needed to get his daughter on her side. “I was worried that Sid’s kids wouldn’t like me and that they’d consider me a threat,” she says. “I wanted to make them happy.” So she stayed put for 45 minutes until Cynthia finally relented, rewarding her with a smile and a warm hug.

That was almost 40 years ago, when my mom went from running a two-child household to one with six kids, two of whom were teenagers. “I had never parented a teen,” she says. “They were too old to hug, and I had no idea how to discipline them.” With only Dawn and Cinda occupying their home full-time, weekdays were quite peaceful. On Friday afternoons, however, my dad picked up Steven, Debbie, Cynthia and Lindsay from their respective mothers’ homes for two days of mayhem.

Two years after they were married, my parents added me to the mix. Twelve-year-old Dawn wasn’t thrilled by my arrival. She yelled, “I don’t need this in my life,” when asked to join the McMurray clan’s first photo op. In time, Dawn grew to love me, and when Taryn, our baby sister, was born 18 months later, Dawn rushed to be the first to hold her. All six children were protective of the new babies, taking turns carrying us, changing our diapers and babysitting. Having us provided the cement our family needed. My mother says it erased the division between “yours” and “ours.” “From that point on, everyone shared a parent,” she says. “We were all one big, loud, crazy family.” 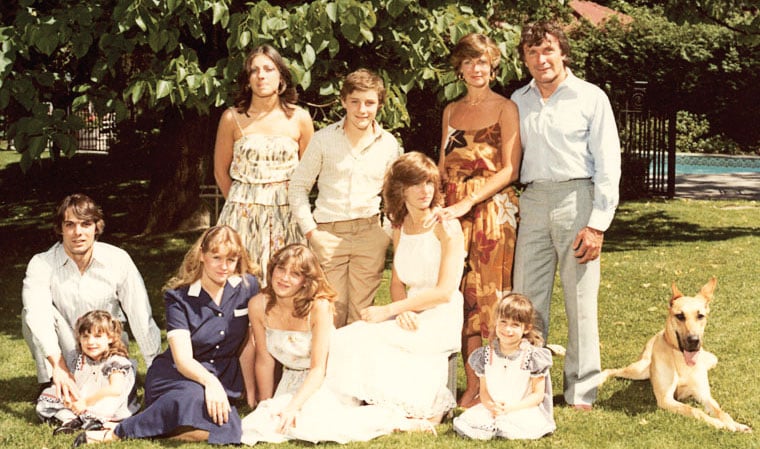 The newly blended family at Judith and Sid’s wedding, 1974

With 20 years between the youngest and the oldest, it was hard to keep us all in check and organized. “I colour-coded the younger ones’ clothes to make laundry a bit easier,” says my mom. As time went on, she found a rhythm to parenting her Brady Bunch. She especially loved vacations, building sandcastles and memories together on the beach, and looked forward to our big family dinners, filled with laughter and interesting conversation. One year, when Taryn was 16, my mother decided to invite one of my father’s ex-wives and her own ex-husband to join us for Christmas dinner. “When I mentioned the idea to Sid, he asked if I was menopausal,” she laughs. “But I hated thinking of our exes alone on Christmas and thought it would be great for the children to see everyone getting along.”

It all worked out and became a family tradition. “It was so wonderful to see everyone sitting together and having fun,” she remembers. “That was the best Christmas present I ever received.”

These days, my mom spends her time writing children’s books for her 18 grandchildren. Her publisher is her little bear Cynthia, and together they made my mom’s latest book, Larry the Loon, into a national bestseller. When people ask my mother how she parented such a diverse bunch, she has one piece of advice: “Remove the word step from the equation. This is parenting. Period. These children and grandchildren may not all be my flesh and blood, but I love them equally.”