Jon Hamm doesn't like you talking about his manly parts

In the world of over-exposed celebs, it seems there's still one not willing to share everything. 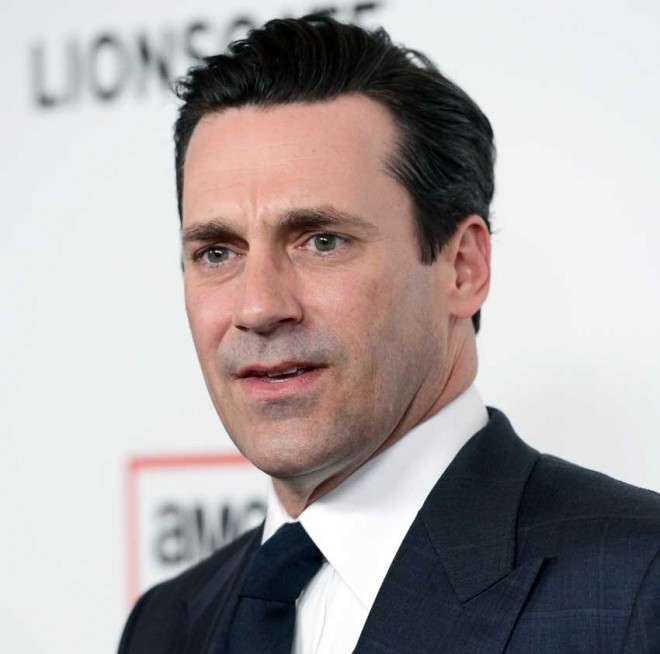 So what’s everyone talking about right now? Same-sex marriage? The crumbling Assad regime?

The size of Jon Hamm’s penis.

To those unfamiliar with the media frenzy generated by Don Draper’s prodigious member, the actor was “outed” by a series of photos of himself fully clothed that appeared online, purporting to reveal in outline Hamm’s own private battle of the bulge.

A set insider was quoted in The New York Daily News as saying that Hamm had been asked to wear underwear under those slim-fit Sixties pants to minimize what was proving to be a distraction.

To his everlasting consternation, the Emmy-award winning star of AMC’s Mad Men has become the focus of much gossip, many jokes and at least one Tumblr, unpoetically dubbed “Jon Hamm’s Wang.”

The anatomically talented actor took to print, using an interview for a Rolling Stone cover story to air his grievances against the “prurience” of a culture he accuses of being “rude.”

In an era characterized by celebrities vying to outdo each other in the crude public confessional that has become popular media, it’s heartening (quaint even), to hear a performer mobilize the ghostly spectres of respectfulness, discretion, and civility as a defense.

But maybe previous generations were adult enough — read disciplined enough — to keep TMZ on the periphery rather than confer upon it the courtesy of mainstream status.

Until the best of us are willing to relinquish our queasy attraction to the worst of us, to agree that what entertains us doesn’t always deserve a place at the table, then even when he keeps it in his pants, Jon Hamm’s privates will remain very much on display.

Do you think Hamm is right to be annoyed or does it come with the territory? Leave your comments below.