The host of Fashion Television and mother of two travels to some of the world’s most glamorous locales, but it's her farm in the country that she loves most. 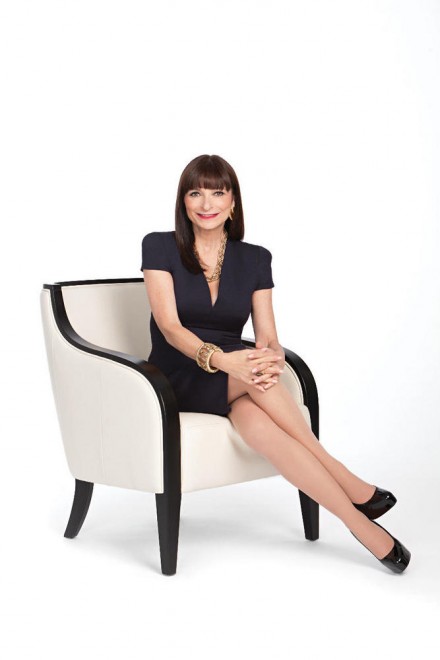 As host of Fashion Television and author of a new book, Strutting It, Jeanne Beker spends half her life on airplanes traveling to the world’s most glamorous locales. Jaunts to London, New York, Milan, Paris—it’s all in a season’s work for the fashion industry’s most visible and appealing champion. But when the media veteran and mother of two isn’t rubbing shoulders with Kate Moss and Karl Lagerfeld, she’s heading to her beloved farm in the country, trading Moet for a steamy mug of ginger tea.

Beker took a short break from her busy schedule to share her perfect Saturday with Chatelaine.com.

I live an incredible life and get to wake up in all kinds of exotic places every year. But I’d say perfection is waking up at my farmhouse in Northumberland — especially when the sun is pouring through the windows. It means I’ve come home, I’m able to rest my weary bones, and I’m back with the people that I love, whether they’re at the farmhouse with me, or an hour and twenty minutes away in Toronto. My dog Beau would be there because he always comes to the farm with me. He’s a golden retriever. He just turned twelve. He’s been with me for a while, and he’s just a great old boy.

For breakfast I’d go to a little place in Roseneath, which is a village near my house, called Emily’s Tea Room. It’s owned by a local fellow —he grew up in the area— and his wife. It’s this wonderful little place with an all-you-can-eat dessert buffet at the end. They do a big old-fashioned breakfast— nothing gourmet, or fancy. You see a lot of the locals there and get caught up on some of the goings-on. I’d get bacon and eggs—with only one piece of toast. And no butter on the toast!

Then I’d go for a drive into Port Hope to visit some of the antiques shops there. Christopher Stuart Antiques—that’s a great antique shop that I really love. There’s a little wool shop—called The Black Lamb. That’s a great little place because they sell these wonderful handmade crazy-coloured socks sometimes that I like to get for traipsing around the house, or for gifts for people.

I might go into Cobourg too. There’s a great pet shop there that I really love called My Bark Avenue. It’s really fabulous for buying Beau the odd treat.

In the fall, I really like to go to these little fall fairs that they have. Wherever they are in surrounding areas—Warkworth or Campbellford— there’s some really cute little towns. There’s even a winery in the area that’s fabulous to go to for lunch—The Oak Heights winery. It just opened a few years ago and [in season] you can go out and sit on the deck. It’s got a really nice wine there that I like. 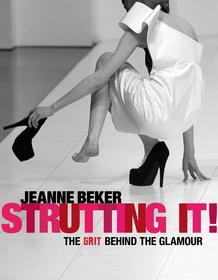 My favourite thing is entertaining friends, so I’m the happiest if a bunch of people are coming up for lunch. I’d go into Hastings and do my shopping and come home and cook up a storm. I’d put some jazz on or some old Van Morrison or Carly Simon or Joni Mitchell. That gives me a lot of joy, knowing that people are coming up. My best friend Penny coming up with her dog—that’s a real treat.

In the winter, I might go snowshoeing or cross-country skiing. I like to spend the afternoons with a big cup of ginger tea writing, or I’ll go for a long walk. Usually when friends come we’ll go for a long walk with the dogs, especially when we’ve had a nice meal. We just walk around the parameter of the property—I’ve got 123 acres. It’s really nice just to go walking through the fields. It’s glorious.

If I’m up there with my boyfriend who is a huge sports fan, he’ll gear up for a big game on TV. I’ll make a big curry dinner and we’ll just sit in front of the TV and watch a game. He’s gotten me into sports. I’m not a big fan of football, but hockey is pretty good, especially when the Leafs are playing. I’m a big Luke Schenn fan.

We usually end the night by watching some great old movie. We love the old classics: Some Like it Hot, or Sabrina, or an old Alfred Hitchcock movie for a little intrigue–something like Vertigo or To Catch a Thief. I love Cary Grant. I love The Philadelphia Story. I love old Claudette Colbert movies: It Happened One Night, The Palm Beach Story.

I used to watch those movies at my old cottage with the girls when they were growing up so it reminds me of those days when life seemed pretty perfect. Life is pretty perfect now, but in a different way.