In the military, it's a never-ending cycle of home repair before moving

Mark and I have been getting our home ready for sale. But we're getting on each other's nerves and things are getting a bit tense during moving prep. 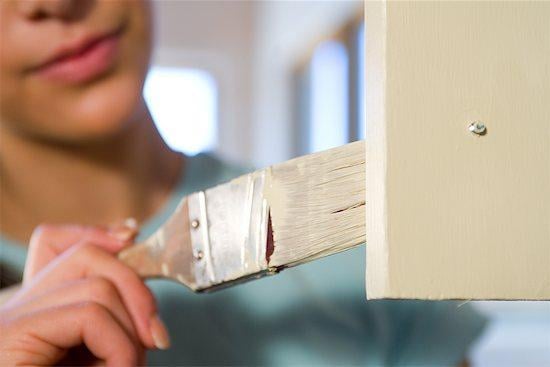 I’m no stranger to selling my home and moving, and neither are most military folk. I had a military dad and then at twenty-two, I bought my first place. One year later, I bought a new place with Mark and sold the first one. And in the last eight years, I’ve moved six times and Mark has moved eight times. So I know how it all works, but I wish I didn’t.

Civilian people have it pretty good in that for the most part, if they pick a home, they can stay there. If you buy a house, barring any major emergencies, you can stay in one place and not move. You can renovate and enjoy those changes. You can pay down your mortgage (which is nearly impossible for us). You have no idea what a glorious prospect that is to me.

So due to my impending move, this entire weekend was dedicated to home repair. Home repair upon home repair. Filling holes in the wall, paint touch ups, painting a bedroom (from hot orange to something a bit more neutral), mudding drywall, cleaning, rearranging furniture and polishing floors. All the usual steps taken to prepare a house for sale. And although I love Mark dearly, we’re sort of on the brink of smacking each other. I’m handy and he can hardly measure things. I’m bossy and he loses his patience. Sigh. Overall, it’s a little tense around here.

But the thing is, when you’re in the military, everything you do to your house is with the frame of mind that you’ll be leaving it in a very short period of time, so you never want to spend too much money because you won’t get to enjoy it. That, or you only do things that will improve the sale — not necessarily because you want it done. I can assure you that it’s an exhausting way to live. If I hear myself say, “Well we should do _____, because we’ll be selling within the next year,” one more time, I might scream.

So my civilian counterparts, take pleasure in your leisurely ability to love your home for all that it is and all that it isn’t. Or soon you could end up like me, lost amongst the casualties of moving.