If a friend's spouse is cheating, should you tell?

One of my best male friends recently called me because he found out that his wife’s best friend was cheating on her husband, his friend. He asked me: “Should I tell him?” and “If I do, how and when?” — he even asked where to break the news, if he was going to do it. 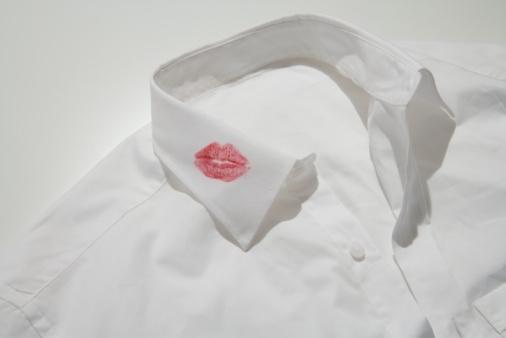 One of my best male friends recently called me because he found out that his wife’s best friend was cheating on her husband, his friend. He asked me: “Should I tell him?” and “If I do, how and when?” — he even asked where to break the news, if he was going to do it.

My immediate reaction was, “You have to tell him. He’s one of your best friends.” But after talking about it more, I changed my mind and decided that getting involved might not be worth it — isn’t it usually the messenger who gets shot?

This is different from what I would do for my best girlfriends, because we have pacts with each other that if we ever found out one of our husbands/partners/boyfriends was cheating, we would tell the wronged party. I don’t know, but I don’t think men have similar agreements.

What do readers think?
Before talking to an expert, I put this question on Twitter: “If you are a guy and you found out your friend’s wife was cheating on him, would you tell? Females probably would. Thoughts?”

The replies I got were all over the place. One said, “Stay. Out. Of. It.” Another said, “I’d tell. It’s his friend.” Other people weren’t sure what they’d do, or were just glad they weren’t in the same difficult position my friend finds himself in.

A relationship expert’s take
I talked to Eve Potok, one of Canada’s best-known matchmakers and founder of Soulmates. Potok has matched up thousands of people and has, obviously, met with many men over her years in business. If you know a friend is being cheated on, should you tell?

1. Potok said that if your friend is a man, you probably shouldn’t say anything. “Men,” she said, “are action or task-oriented. Females, on the other hand, are relationship-oriented. The integrity of the marriage would probably be best preserved through assisting and encouraging each other to build up the relationship that they already have instead of destroying it.” Men, inquire about your friend’s relationship or marriage, okay?

2. She thinks women would be more willing to share the bad news with a girlfriend. “Good girls like to empower their fellow girls.”

3. Her general advice when it comes to cheating, men or women, is this: “You stay out of it unless you are in a situation where you can confront the cheater and make him/her realize that what they’re doing is inappropriate.” So, go straight to the troublemaker.

4. She says that in her business, a lot of her divorced clients have been in a situation where their partner has cheated on them. “It could go either way,” says Potok. “Sometimes it’s better to confront the issue, find out if the lack in the relationship comes from that one partner who is straying, and try and work it out. Sometimes it is best that the couple splits, because their partner may have a deep-rooted emotional flaw that only he or she can decide to change.”

5. Surprisingly, a lot of her clients have said that they wished they’d stuck with the relationship, even after infidelity. “My advice is that if your spouse is cheating on you, you have to weigh the situation for what it is,” Potok said. “If you have a loving and supportive partner, chances are that you can work it out. It’s important to make a conscious effort to be the best person you can be, to attract the best person for you.”

6. Potok said that most people cheat because they are not getting what they need from their partner. Sometimes, it’s just because of their own insecurities or lack of substance and integrity. “In my opinion, any form of misconduct or lack of a high moral standard is a form of idol worship!”

Luckily, Potok doesn’t have to think about cheating all that much — she just sets people up and hopes for the best. But in my case, I told my friend to wait it out for a while. After all, do we really ever know what goes on behind the closed doors of a couple’s home, even when that couple seems happy?

Was I wrong? Would you tell? Should my friend tell? Chime in here.

Follow me at @rebeccaeckler and How to Raise a Boyfriend