Help! There’s a "mean girl" in my daughter’s class and I actually may have to make a phone call to this child's parents. 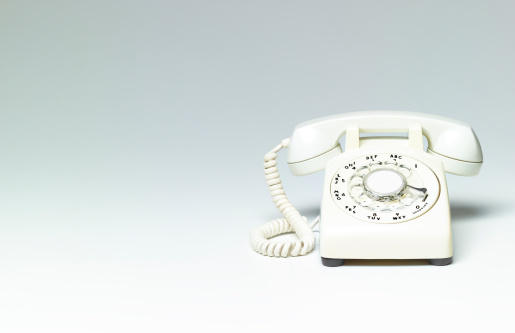 Help! There’s a “mean girl” in my daughter’s class and I actually may have to make a phone call to this child’s parents. Making a call to another parent because their kid is not being nice to mine is definitely not something I’m looking forward to. I’ve been putting it off. Frankly, I’m scared.

In fact, I don’t even know how to make this call, because I think that even if the end result is good for my daughter, it will not be good for me. Meaning, perhaps the mother will tell her daughter to stop stealing from mine, but the parents will probably hate me. Who wants to hear from another mother that their child is a thief? I know I don’t.

At first, I went what I think is the appropriate route (perhaps the cowardly route): I spoke to the teacher about the situation. To give the teacher credit, she knew it was happening and did have a talk with the girl.

It worked…for about a week. Now the girl is back to stealing and being mean. (Seriously, why steal a pencil and crayons? Anyway…)

Ever since I found out this girl has been stealing from my daughter — as well as saying such nice things (not!) as, “I’m not going to be your friend and I’m going to take all your friends away from you” — I hide every time I see her parents. It’s like running into an ex-boyfriend you hate. I hang my head and pretend I don’t see them. I worry that if I stop to speak to them, I might yell at them.

Oh, human nature — being a parent — is confusing. Of course I don’t blame the parents, but because it’s their daughter being mean to mine, I can’t help but not think of them fondly. I hate to admit that, but it’s true.

I talked to leading parenting expert Alyson Schafer — a psychotherapist whose latest book Ain’t Misbehavin’ is being released today — for advice.

1. She calls this the “oil and vinegar” syndrome, where children who grow up together in school and have a history go through a process of breaking up, just like us adults. It’s true my daughter and this girl have been going to school together for four years. “Children don’t know how to break up, so they do things to each other that adults wouldn’t.” (Like stealing, apparently.)

2. I worried that I was a bad person for not liking the parents as a result of their daughter’s actions, even though some of my friends who are parents say this is normal. Schafer agrees: “I think it’s only human to project. It’s human nature to point blame, because you’re feeling helpless and anger builds up.”

3. She says the parents may not be aware of their daughter’s actions. “Often kids behave differently when they are with their parents.” She does say calling another parent to, well, basically complain about their children is tricky. “Don’t triangle,” she says. “No one wants to step in other people’s business.” She says the first step is to try to “empower” my own daughter to handle the situation on her own. “You have to coach her. For example, if this girl is being mean, maybe you could ask your daughter if she needs help with a comeback or to stick up for herself when it happens. Or tell her to play with other people.” (I have. I have. I have.)

4. She also says to go to the teacher before the parents. “As parents it’s hard not to want to rescue our children from not-so-great situations. But let the teacher do her job and handle it first. She’s the ‘change agent’ during school.” However, this is a fine line, because your child probably does (at least at a young age) want you to help them out. “You don’t want your child thinking, ‘I told my mother about it and she’s not doing anything.'”

5. If I feel I eventually must call the parents, Schafer advises not to be confrontational. “There’s a social etiquette involved. You don’t want to wag fingers and blame.” What I should do is say something like, “We both have children and we both want them to get along. Have you noticed that they haven’t been getting along?” What I don’t want to do is say that their daughter is “the problem” and my daughter is “the victim.” That will just make the parents defensive, says Schafer, and they won’t be open to change. Also, I have to be prepared that this girl’s parents may not see the situation the same way I do. Where I see their daughter “stealing” they could see it as just “borrowing.” Point is, be prepared.

I so hope I don’t have to make this phone call — but at least now, thanks to Schafer, I know how to go about it if I do. Have you ever had to make a phone call to another parent? Share in the comments!