How my husband and I survived the Bali bombing

For these Montreal newlyweds, Bali was a dream destination. But their honeymoon became a nightmare when a bomb exploded in a bar. On the 10th anniversary of the attack, Silvana Sciortino reflects on a life-changing ordeal 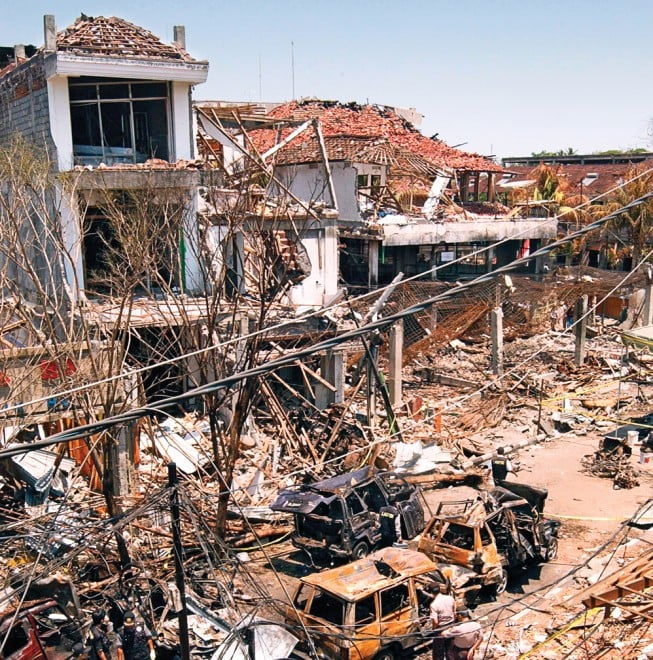 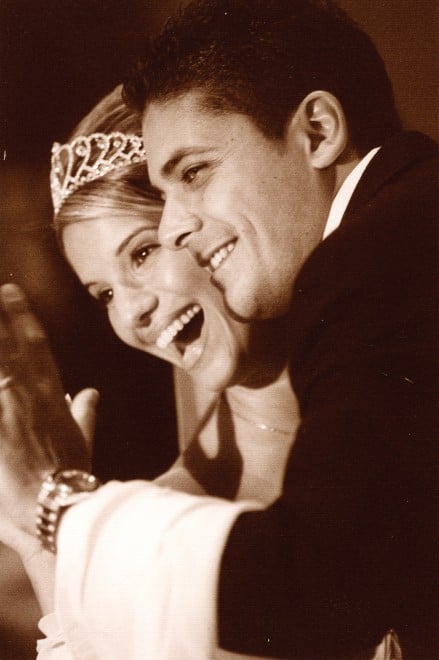 Silvana & Joe at their wedding; Photo by Dominic Fuizzotto

We arrived in Bali the day after our wedding and had two perfect weeks. On our last Saturday night, we decided to hit the town. Everyone told us to go to the Sari Club, that was the best place in Bali. When we got there, the dance floor was full and Eminem was blaring. We walked around the crowded club once and were about to push our way to the front and get some cocktails when my husband, Joe, said, “I’m going to go to the bathroom first. Wait for me here.” I said, “I’m going to hit the bathrooms, too.”

I entered the stall and closed the door. All of a sudden, I felt this vibration coming right through me. A split second later there was a loud bang. And then a second one. The toilet bowl was ripped out, and the bathroom door fell on top of me. I thought it was an earthquake. I had no idea that we were caught in a terrorist bomb attack.

The next thing I knew, everything was dark. People were screaming. I was buried in rubble and yelling for help. I saw a girl’s feet walk by me and then come back again. She stuck her hand out and pulled me up, and we ran. I thought I had died and gone to hell. There was a roaring fire — the thatched roof was completely engulfed in flames. I kept saying, “Where am I?” And then I could hear my name being called. My husband was right behind me. The concrete walls in both bathrooms had acted like bomb shelters and saved us from the explosion. We ran to the front of the club and realized we couldn’t get out. The fire was 40 feet away, but the heat was so intense I could feel bubbles forming on my skin.

We saw a lot of bodies and body parts on the floor. There were shoes strewn everywhere and, because it was a beach town, a lot of flip-flops. We headed toward a crowd of around 50 people clambering through a hole in the wall. We had no idea where it led — we just knew it was a way out. Then I realized that the same people who had climbed through were coming out another section of the wall — this apparent escape route was bringing them back into the club and the inferno.

At that moment I didn’t think I’d make it. I got on my knees and started saying goodbye to members of my family. I remember thinking, “Okay. I am going to die on my honeymoon with the person I love.” I prayed it wouldn’t be painful. I prayed for God to take care of my family. Joe, though, took my hand.

“What are you doing?” he asked. “We’re going to die,” I said. At that point my whole back was blistering. “Are you kidding?” he replied. “There’s got to be a way out!”

Then we realized that people were climbing a wall using a human ladder — three guys on each other’s shoulders — and then walking along a board, about nine feet up, like a tightrope. It was survival of the fittest. Some resorted to punching others to try to get out. And the fire was getting closer by the second.

Joe made eye contact with a guy up on the wall and said, “Hey, buddy, I’m going to throw you my wife.” He lifted me up and said, “Take her.” Joe stayed behind and helped get another woman up. Then he followed, thank God.

It’s hard to remember how we got out. We were climbing down stairs, jumping walls, going down alleys in total darkness. Finally we got to a laneway, and by the light of the moon we walked to safety, passing injured people. There were some without ears, lost to shrapnel.

Eventually we found a taxi, and Joe asked the driver to take us to the hospital. My back was badly blistered and my hand injured. The driver said it would be too busy, so he drove us to a makeshift clinic. They were so unprepared — they didn’t have tools or medication. The doctor stitched up a man’s head, and then sewed up my hand with the same needle. (I went for testing when we got home.) We finally got back to our hotel and collapsed into bed. It wasn’t until the next morning we found out it had been a terrorist attack.

The next few days were a blur: I told my story to the media over and over. Information filtered in: There had been a suicide bomber in a club across the street — that was the first explosion. And then a second, more powerful car bomb outside our club.

For a year I replayed the scene in my head. I remember seeing a man carrying a woman over his shoulder, and I thought maybe we could have helped them. There was a lot of screaming, and I wanted to go back and help, but I couldn’t. It meant putting the other people walking the wall in danger. I can still hear the yells, the shrieks. We were some of the last ones out.

The what-ifs almost drove me crazy. We entered the club at 11 p.m., as we had stopped to chat to friends outside first. Any later and we wouldn’t have survived: The bomb went off at 11:05 p.m. What if Joe had said, “Let’s get a drink first”? Or if I’d said, “You go to the bathroom — I’ll wait here”?

But eclipsing that was my feeling that we have so much to do in our lives. Let’s love and live to the fullest. Let’s have children. (We got on that right away and now have two sons.)

For Joe, he’s the same person, but he knows how easily life can be taken away. We’re both happy-go-lucky but now understand how precious life is. I never saw Joe give up. When I was on my knees praying to God, he was trying to figure out how to get out. He didn’t waver for one second. In that fraught moment, I knew more than ever that I had married the right guy.