How dollar stores can solve your money woes

A roundup of the latest news: how dollar stores can save you money; the babes in contention for a new Genie award; Apple announces when they will reveal the iPad 2; 2010 was the safest year in aviation history; and Canadians care more about global warming than Americans. 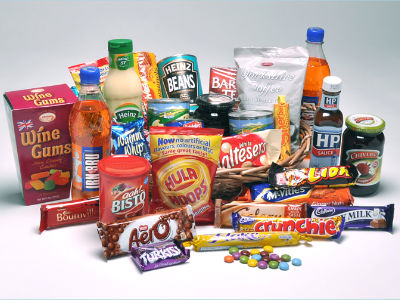 A recent report has revealed that more shoppers than ever are choosing to buy the essentials at dollar stores, rather than at regular supermarkets. Apparently 65 percent of Americans shop at dollar stores, and there has been a marked increase in the number of families making more than $100,000 that choose to go the discount route. Popular dollar store items include Tupperware, toiletries, party supplies and paper and cleaning products. In one price comparison, a basket ofeleven common items cost $12.19 at the dollar store, but 38.04 at the regular grocery store. Those are savings you can count on – literally.

Which Ryan is more deserving of your adoration: Reynolds or Gosling? You’ll have the chance to cast your vote when the Genies unroll their new fan-selected award category: Canada’s favourite actor. The award will be presented in March, and fans will vote on a list of five finalists, including Ryan Reynolds, Ryan Gosling, Rachel McAdams, Jay Baruchel and Nina Dobrev. Our money’s on one of the Ryans.

Techno-geeks, rejoice: Apple is expected to reveal the iPad 2 this coming Wednesday. The invite to the launch event sports the following phrase: “Come see what 2011 will be the year of.”  The text is accompanied by a page-a-day calendar with the corner peeled back to reveal an iPad. Very subtle, Apple. We look forward to your latest forays into technological wizardry.

Good news for those with a fear of flying: 2010 was the safest year in aviation history.  According to statistics, there was only one accident for every 1.6 million flights on Western-built jets, compared to 1.4 million in 2009. There were also only 17 accidents in 2010, down from 19 the previous year.

A new joint report by two think tanks – one Canadian and one American – has revealed that Canadians are far more concerned about climate change than Americans. According to the study, 80 percent of Canadians believe in the science supporting global warming, compared to only 58 percent of Americans. And while only 43 percent of our neighbours to the south think the government has a major role in fighting climate change, 65 percent of Canadians believe the government should play a role.