How do you deal with peer pressure as an adult?

I still experience peer pressure, which is ridiculous at my age. At this point in my life, I should be talking to my daughter about peer pressure, not living with it myself. 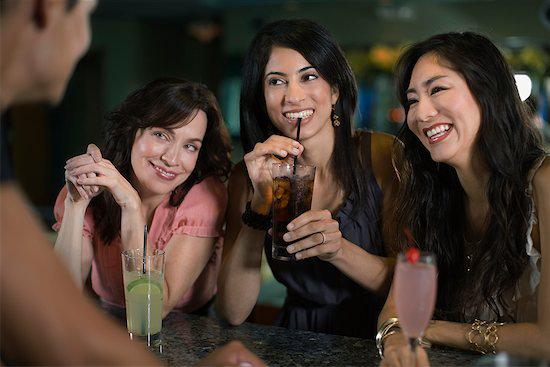 I still experience peer pressure, which is ridiculous at my age. At this point in my life, I should be talking to my daughter about peer pressure, not living with it myself.

When I met up with a few of them last week, this was my thought process: Okay, so we’re going to a bar and they’re going to drink. Is it worse for me to just go along and keep up with them — because, I will admit, it can be fun sometimes — or do I go, not drink, and have to deal with talking to my drunk friends?

I know, I know — if they jumped off a bridge, would I? (Only to save them, of course!) With that in mind, do you ever feel peer pressure from your friends? I talked to a high-school guidance counsellor, who wants to stay anonymous for the sake of her school’s privacy. I don’t feel nearly as much peer pressure as I did in my school years, but there are times that it still hits me.

Here are the counsellor’s tips for dealing with peer pressure, for the young and old alike.

1. Take a close, hard look at the people pressuring you: If they are still acting this way at almost 40, something is wrong. Are these the kind of people you want to be spending time with? If they only behave this way a few times a year, that’s one story — but if this behavior is a regular occurrence (say every, or almost every, weekend) then perhaps you are on different pages and aren’t true friends anymore. “Just think of the company you keep — that’s the first step to avoiding being around people who push you to do things you don’t want to do. If they were real friends, they would be a lot more supportive of your choices.” I only see my “party friends” about four times a year, but we do talk on the phone regularly.

2. Say no: “When saying no, learn to do it quickly and without explanation. If you try to explain to them why you don’t want to drink or get wasted, you’re giving them the opportunity to refute your reasons and pressure you into changing your mind,” she says. Simply declining the invitation makes it harder for them to pick apart all the reasons why you don’t want to go out with them. The problem is, I sometimes do want to go out with them. They’re my friends!

3. Think of yourself as the designated driver: If you do agree to go out but don’t drink, think of yourself as the DD, she suggests. “It might feel like you’re the odd man out, but taking on the role of the one who is being responsible gives you purpose. Aside from just having a good time, you might also be the voice of reason amongst a group of drunks who aren’t thinking clearly.” Yes, it’s an honourable role to play, but even when sober I’m not sure that I’m the voice of reason! Sigh.

4. Misery loves company: “Most people who have a drinking problem have a hard time accepting that other people don’t, and often drag their friends down with them,” she says. “If you tell them you’ve decided to quit smoking or not drink as much, they’ll likely say things like ‘Oh, what’s one cigarette going to do?’ or ‘Don’t be lame, one drink isn’t going to kill you.'” Of course, one turns into two or three, and the next thing you know you’re wasted. “If they come at you with these comments, keep in mind that it has nothing to do with you — they’re just justifying their own actions. Stick to your guns and don’t fall into their trap.” Too late! Also, my friends don’t have drinking problems. It’s just that when they go out, they go hard.

5. Take it easy:  “If they don’t let up,” she says, “and really make a big deal out of it, go out with them and just take it slow. You’re an adult and can enjoy a few drinks, and when you’ve had enough just call it quits. If it’s 2 a.m. or midnight, and you want to go to bed, then leave.” It’s true, they aren’t chaining me to the bar. “They should feel lucky, if they know you don’t really party, that you went out in the first place. Just go at your own pace and go home when you’re ready.” In other words, it’s all up to me.

The next time that me and my friends really want to see each other, I’m going to invite them out for a mid-afternoon coffee.

Do your friends ever pressure you in any way? Share!