How did we become monogamous?

How did the human animal, a finicky creature with seemingly insatiable appetites for sex, food and conflict, evolve from a randy cave dweller in a loincloth to a Dockers-wearing stay-at-home Dad? 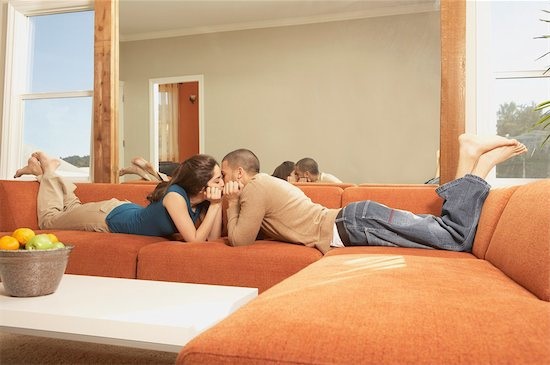 How did the human animal, a finicky creature with seemingly insatiable appetites for sex, food and conflict, evolve from a randy cave dweller in a loincloth to a Dockers-wearing stay-at-home Dad?

Understanding the transition from promiscuity to monogamy, from random hookups to pair bonding, keeps many evolutionary psychologists hopping. One U.S. study (via Time.com) that attempts to explain the shift mathematically offers an interesting explanation for how human beings may have evolved from promiscuous predators looking for their next coupling to cooing lovebirds planning to renew their wedding vows in Cabo.

According to a researcher at the University of Tennessee in Knoxville, our low-level male and loyalty-prone female ancestors may have gotten together and triggered a kind of sexual revolution millions of years ago.  The theory goes that lower ranked males may have taken the ‘nice guy’ tack when it came to wooing female partners and competing against the dominant alpha males in the group. Some of those nice guy techniques included offering protection from other males, the sharing of extra food, and helping out with childrearing.

In turn, women may have responded to these overtures favourably by sticking by these more socially adept men and so instituting a form of monogamy that now dominates human interaction.

Study author Sergey Gavrilets explained it this way, “…for guys at the bottom of the hierarchy who are weak or small and who would never be able to win competitions, mate-provisioning becomes a very valuable option. They start provisioning the females first and then females develop a preference for provisioning, and then [begins] the whole process of the co-evolution of male provisioning and female faithfulness.”

The triumph of the monogamy model may have also been bolstered by the fact that it supported the survival of the human race, as two parents working toward the overall health and benefit of their offspring translated into greater reproductive success.