How a cleaning strike empowered this Calgary mother

Who makes dinner in your house? More importantly, who does the post-meal cleanup? Who loads the dishwasher, wipes down the counter, empties the sink stopper of all that trapped food and who rinses out the cat food tins before tossing them into the recycling bin? 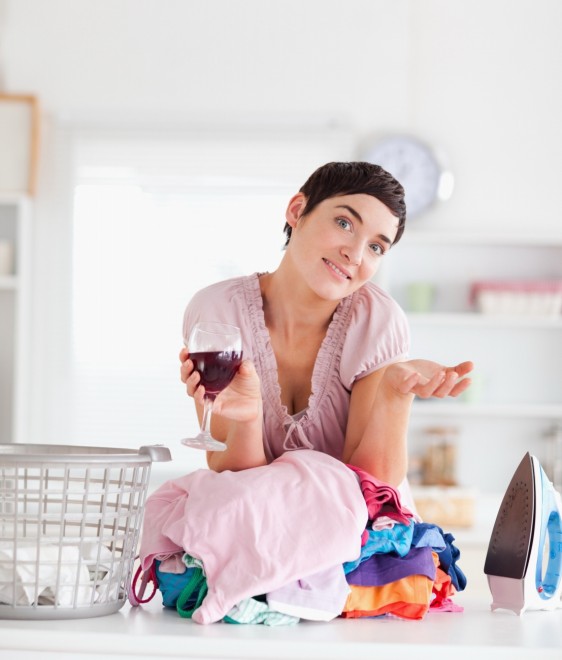 Who makes dinner in your house? More importantly, who does the post-meal cleanup? Who loads the dishwasher, wipes down the counter, empties the sink stopper of all that trapped food and who rinses out the cat food tins before tossing them into the recycling bin?

If the answer is you (and you happen to be exhausted by all the energy you’re expending while the citizens of your tiny familial tribe watch TV or fall asleep with their mouths open on the sofa), then you might consider whether you can make a stand by doing what one Calgary working mother did recently: go on a cleaning strike (via Globe and Mail).

So fed up by the fact that she was cleaning up after her three messy kids while also working full-time, social worker Jessica Stilwell decided to hang up her rubber gloves for a week. She still took care of her kids, but she stopped picking up after them.

Her reasoning, as she detailed on her blog, Striking Mom — she might teach her kids a thing or two about the “natural consequences” of being lazy.

For Stilwell, the strike represented a long-held fantasy of letting go. Also, she believed it was a way to teach her lucky, well-loved children about responsibility. “I want to give them the world,” wrote Stilwell of her kids. “But as I rush around everyday working with other parents and other families, I realized I was doing my own children a dis-service. I was setting them up for failure. I fear we are raising a generation of young people whose attitudes will be ‘What are you going to do for me?’”

What was the end result of her effort? Well, aside from a colossal mess of dirty dishes and clothes was the fact that by the sixth day her children not only “caved” they went Lord of the Flies on one another, each blaming the other for the mess and demanding that their sibling clean up after themselves. They also turned on their mother, proclaiming she wasn’t cleaning up after herself, and adding that parents were supposed to clean up after kids.

After patiently explaining to her children that it was they, not she, who were responsible for the mess, Stilwell got an early Christmas present. The kids started cleaning the house.

Stilwell’s blog posts seem to indicate she felt the six-day standoff was a success. And not just for her kids.

Writes Stilwell: “I have also learned that my house does not need to be perfect. I am sure that each one of my friends or family will keep speaking to me if they come over and there is a dirty spoon in the sink. I have learned that my children will remember a family game of UNO more than my sparkling toilet you could eat of off.”

Find out how to clean your home in 30 minutes or less here.