Are there significant differences in how men and women show one another that they care in a marriage? 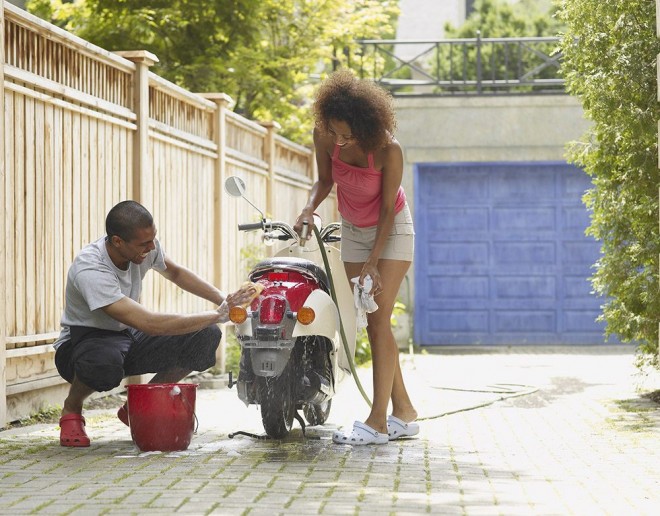 Are there significant differences in how men and women show one another that they care in a marriage?

A 13-year study by researchers at the University of Texas in Austin (via The Vancouver Sun) sure makes the case for that view. Moreover the research, which monitored married couples from the newlywed stage to 13 years later, reveals that men show their love through a variety of behaviours while women stick to a handful of tried-and-true techniques for showing their beloved they’re No. 1 in their heart.

So, how do men reveal their hearts? By using their hands, mainly. Which is to say that they participate in leisure activities with their mate, helping out with household chores and, initiating affection and sex (the study reported that men, more than women, see sex in the rosy romantic light of love).

But don’t feel disheartened if your hubby is a slob who never helps around the house. The point to note in the study is that men like to do these kinds of activities with their partners rather than for them — it may be the difference between feeling like a kid being asked to perform a chore by his mother and feeling like a helpful and necessary part of a team.

The study’s lead author Elizabeth Schoenfeld confirms as much. She’s quoted as saying: “What we’re seeing is that it’s not so much that men are doing things for their partner as they’re doing things with their partner. If the wife is washing her car, he’ll pitch in. Sharing activities and household tasks is what really seems to be connected to men’s love.”

In contrast, women indicated their undying affection by doing less, not more. They showed greater emotional restraint when it came to expressing anger and hostility, and they did their level best to create a loving home environment (throw pillows!). Also, they didn’t initiate sex as often, but left that to their partners.

But for all the differences, the study revealed that men and women instinctively understand the language of love too. Both sexes relied on compliments, affection and that all-important ‘I love you’ to express their innermost feelings.

How do you think men and women differ when it comes to showing affection?

Find out why you should never go to bed alone.