Grandpa, I know you'd be proud

Remembrance day is coming and I know that this year, I want to spend it with one of the greatest soldiers I know...my Grandpa. 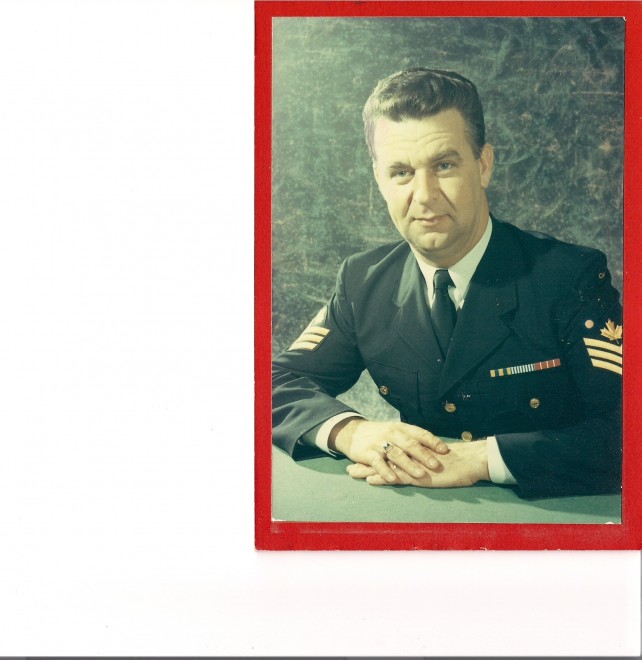 Grandpa Thompson died 10 years ago when I was 16 and I was devastated. I don’t know how to explain our relationship other than to say it was special, which seems far too trite for something that was so much more than just “special.” To me, he was more than just another service number, another uniform, another artillery machine gunner during the Korean War. He was the only one who could hold me when I was little without me crying (other than my parents). He used to encourage my writing and always wanted me to tell him stories, telling me he always knew I could do it. Grandpa was my biggest cheerleader.

Remembrance Day always makes me reflect on the things I cherish in life and reminds me that I am able to cherish those things because of all the soldiers who continually fight for our freedom, home and abroad. I think of Ben, who is giving up so much…time with his spouse, his children, his home, in order to ensure others have the same freedoms we do. And since this may very well be my last year in uniform, I know that this year, I want to go to my Grandpa’s grave, just outside of Montreal, to spend this day of remembrance with him. I only wish Ben could be with me too.

For a moment, I’d like to share a portion of a letter written to my grandfather. It was written by a man who my Grandpa saved during the Korean War after they had been hit by an artillery shell. I don`t know all the details of what happened because he rarely told me about his war experiences. But this is a small snippet of a letter written in June 1951.

I had three operations and they are done with me so now I am waiting to go home. I feel fine, only for the cast they have on me as they have it on my bad leg from top to bottom and up around my belly and on my good leg down to my knee and also a cast on all of my left arm so I can`t do much moving around. They don`t know if my arm will ever be right again.

Tommy, enough of my troubles as what I really wrote for was to thank you and any of the boys that helped in fixing my wounds and getting me out of there. I know what a job it was and even though it seemed like a long time to me, I guess it was not so awful long. I only wish there was some way I could pay back each and every one of you.

Thank you for all your did for me and someday, even though it seems impossible, I will do something for you boys. Right now, all I can say is thank you from the bottom of my heart. I won`t forget you fellow. You`re a top boy to me. I will write again soon and let you know the score and in the meantime, don`t forget to drop a line. I would like to hear from you.

Your old friend and sidekick

This was my Grandpa’s life, and the life of so many other soldiers. Sometimes I need to remind myself that he lived this whole life before me. They returned home to their real lives, haunted by the other existence they led somewhere else, so far away.

Remember this letter on November 11th. Remember the sacrifice of others, their contributions, and their deaths. Remember that they were people too, not just soldiers in a history book.

Remember, because that’s what Grandpa would have wanted. So all the other people in the world would have the freedom to be Grandma’s and Grandpa’s too.