Top chefs are all fired up about being able to serve wild game for the first time in Quebec. 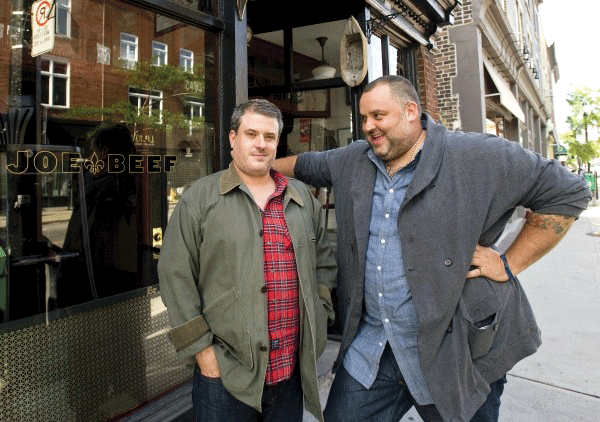 Cooking in season will mean something completely different this fall for ten top chefs in the province of Quebec. The ten chefs, which include big names like Montreal’s Normand Larpise (Toqué), Martin Picard (Au Pied de Cochon) and David MacMillan and Frédéric Morin (Joe Beef), are part of a pilot project announced this year to connect fine dining kitchens with wild game during the hunting season. Until now, diners in Quebec, and every other province except Nova Scotia and Newfoundland and Labrador, weren’t allowed to be served meats that game wild animals.

Derek Dammann, who made the list of prominent chefs, plans to serve wild venison from Anticosti Island at Maison Publique, his popular restaurant in Montreal’s Plateau neighbourhood. He stresses that the pilot project is governed by strict rules. Only approved hunters may sell game to the ten selected chefs after the meat has been inspected and processed through an approved abattoir. “We need to be very careful about this,” he stresses, “to make it work.” Dammann got used to serving game while cooking in England, and thinks it’s incredible that Canadian restaurants don’t serve more of it: “American tourists ask for it and can’t believe we can’t serve it.”

Food writer and journalist Jacob Richler thinks the pilot project is “terrific news”. He’s called for a relaxations of the rules restricting wild foods before and is writing a book about hunting, fishing and how to cook wild foods. Richler points out that in Europe wild game is expected on high-end menus when it’s in season and it only makes sense that Canadian chefs be allowed to serve up the bounty of the country’s vast wilderness. Richler thinks it may be the beginning of defining a new Canadian cuisine. “Eating wild meat is part of the Canadian identity,” he explains, adding, “some of the best meals I’ve had have been made with wild foods.”