For the first week of fall, there's plenty to do! From sipping your first cup of pumpkin spiced tea (or coffee), to hunting for one-of-a-kind vintage finds and laughing yourself silly at a comedy festival, we've got the goods to fill your schedule. 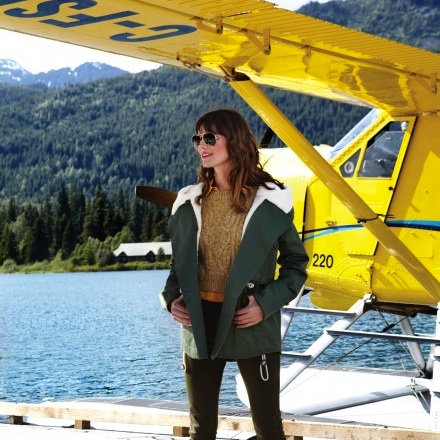 1. Hit the weights with Icona Pop

Finding a new album to get you through a grueling workout can sometimes be as tedious as the task at hand.  Good news, This Is… Icona Pop, the lady-duo behind the radio smash-hit, “I Love It,” launches their new album. Trust us, new dance tracks like, “All night,” will have increasing your speed on the treadmill (and have you shakin’ it all the way home from the gym).

This Is… Icona Pop, September 24

2. Watch at least one hour of TV

The fall TV lineup has us so excited we can’t even sit still.  To commemorate the beginning of the fresh television season, why not get together with a group of your friends and have a communal viewing. Maybe even theme it? Our party theme is going to be fierce, hilarious, females in honour of a few of these new (totally awesome) shows.

3. Find your piece of history

Exploring a vintage market or store that carries clothing, antique furnishings, or unique whatchamacallits and finding that one thing that you can’t believe you ever lived without, offers a high you just can’t get anywhere else.  If you have yet to explore the the thrill of discovering that perfect vintage find (at that too-good-to-be true price point), go rummage through a days worth of vintage bins and find your personal piece of history.

The East Side Flea, September 21, Vancouver

He’s perhaps unknowingly made you laugh over the years in a slew of animated movies (he’s the voice of the king in the Shrek trilogy) and had probably had you in stitches with his roles in the Monty Python films and the cult classic A Fish Called Wanda. So, naturally this was one performance that happens to fall during the same time as the Just For Laughs Festival in Toronto that we don’t think you want to miss. The better news, his tour doesn’t stop in Southern Ontario and over the next few weeks you can catch him on stage telling 40 years of stories on tour. (Seriously, don’t miss it, he’s comically coined his tour, “Last Time To See Me Before I Die.”)

This Sunday will bring autumn into the Northern Hemisphere and despite a few already cooler nights, will officially mark the change in season.  This weekend, the time has come to reorganize your closet to bring chunky cable knits to the forefront and throw your swimming costumes into storage. While we have a tendency to lament the end of summer, take a minute to revel in a few of the new seasonal luxuries and welcome fall with a pot of hot pumpkin spiced tea, a scented candle alike, a cozy plush throw, and a fresh, leather bound journal.

The Word on the Street National Book and Magazine Festival transforms the streets of Canadian communities into outdoor libraries. Catch a free literary workshop, hear a favourite author speak, or get lost in a marketplace that is promised to carry a selection of rare finds.