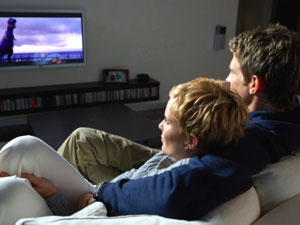 Does movie night with your beau quickly turn sour after perusing the shelves of your local video store? Weâve selected 10 movies, rated out of five for their humour, romance and overall guy-staying ability that will have you snuggling, smiling and maybe even smooching.
Factory Girl

With the modern 1960s art scene as its backdrop, Factory Girl tells the dramatic story of Edie Sedgwick (Miller), one of the decadeâs most iconic figures. Sprung from a well-to-do family, Sedgwick quickly immerses herself in this mismatched world. Edie soon finds herself Andy Warhol’s (Pearce) muse and is caught between the controlling artist and her rock star true-love(Christensen). Replete with sex, drugs, art and rock ânâ roll, this sexy flick provides a front-row view into the chaotic times of this era.

Best friends John Beckwith (Wilson) and Jeremy Grey (Vaughan) are not only Washingtonâs top divorce mediators, they are also professional wedding crashers. After a string of dropping into receptions, breaking hearts and drinking too much punch, they crash the party of the year. But this time John falls for the bride-to-be, Claire (McAdams). What follows is a hilarious weekend as John tries to win her heart. Vaughan and Wilsonâs effortless and comedic tag-team humour will keep you both in your seat and in stitches.

Academy Award-winning Walk the Line is the heart-wrenching and emotional biopic of singer Johnny Cash (Phoenix). It traces his ascent from humble beginnings to iconic musician, and the struggles in between. Itâs also a classic love story, chronicling Cashâs relationship with his wife-to-be, June Carter (Witherspoon) from a brief meeting backstage at the Grand Ole Opry (when they were each married to others), succeeded years later by an on-stage marriage proposal. Padded with soulful singing and real-life drama, youâll both get caught up in this romance.

You, Me and Dupree

Newlyweds Carl and Molly Petersen (Dillon and Hudson) have just moved in to their new home and are about to embark on their life together. But soon after the wedding day they get an unexpected visitor â âDupreeâ (Wilson). The duo now becomes a trio and Dupreeâs bachelor antics soon make him an unwelcome guest. This light-hearted, sophomoric comedy will keep you both entertained.

When 7-year-old Olive (Breslin) wins an opportunity to participate in the Little Miss Sunshine pageant, her parents decide to turn it into a road trip, traveling from Albuquerque to California in a VW bus. The Hoovers are a motley crew, comprised of unforgettable characters trying to work through their shortcomings as they travel the American countryside. With a stellar ensemble cast, this feel-good flick leaves you with a heart-warming message about the importance of family, love and stick-to-itiveness.