Real Housewives hit Toronto! And 5 other new TV shows to watch in March

The weather is still meh, but these television premieres are downright scorching.

From a Breaking Bad writer’s take on Anne of Green Gables to a show that may remind you of a certain aughties Hollywood power couple to Canada’s own piece of the Real Housewives racket, here are the best new shows to watch this month. 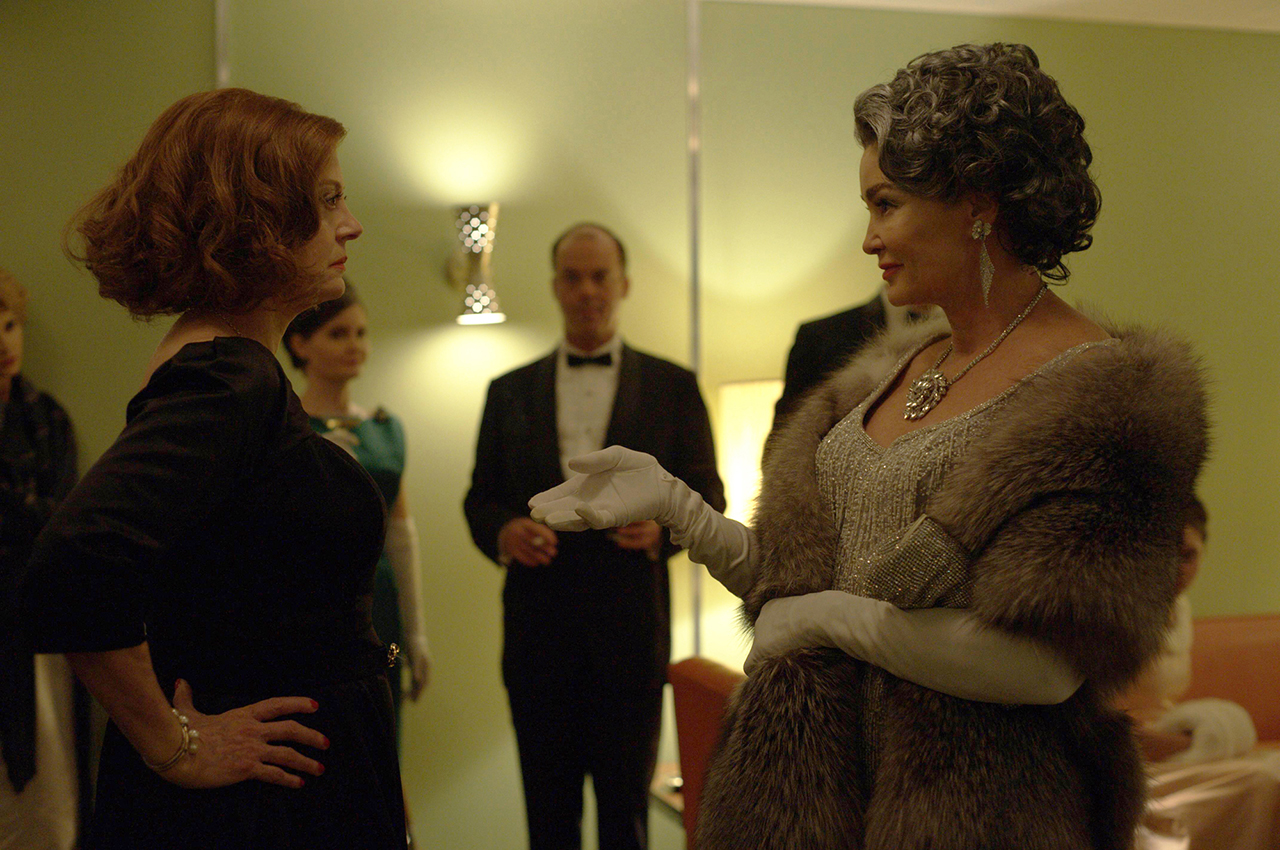 Feud
This new anthology series from one of the small screen’s most reliable hit-makers, Ryan Murphy (Glee, American Horror Story), will focus on a different celebrity smack down every season. Season one zeroes in on the fiery rivalry between Old Hollywood-era screen queens Joan Crawford (Jessica Lange) and Bette Davis (Susan Sarandon), during the filming of their 1962 cult classic What Ever Happened To Baby Jane? Expect a warts-and-all portrayal of both women and their relationship that makes the bad-blood spats between Taylor Swift and co. seem like playschool antics.
Where to watch: FX Canada, Sunday, March 5 at 10 p.m. ET/PT. 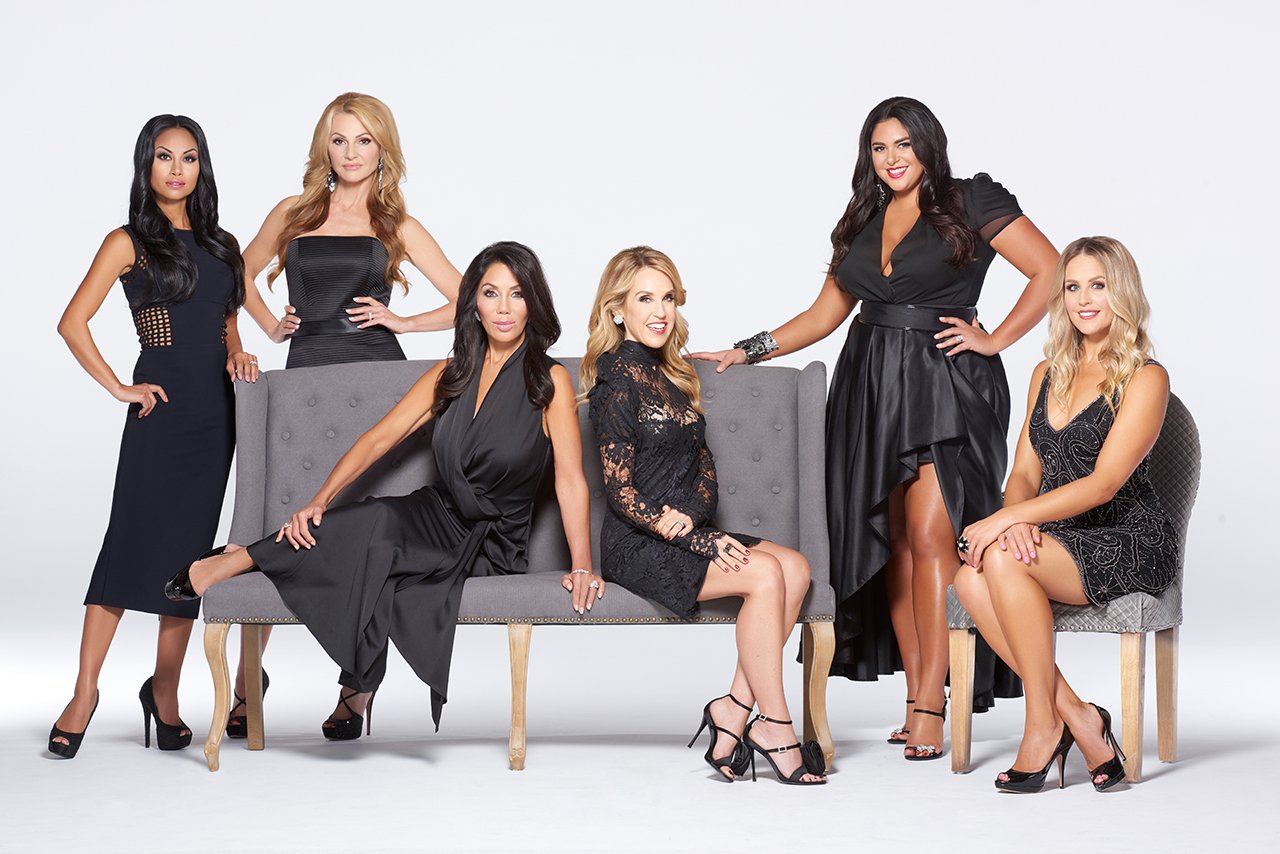 The Real Housewives of Toronto (Corus)

The Real Housewives of Toronto
The famous Bravo series comes north of the border. And don’t let Canada’s “polite” reputation fool you…the cast includes a commercial real estate tycoon, a celebrity athlete trainer, an actress and a practicing Christian, so sparks (along with full glasses of wine and at least one pair of unclaimed underwear[!!]) are sure to fly.
Where to watch:  Slice Network, Tuesday, March 7 at 10 p.m. ET. 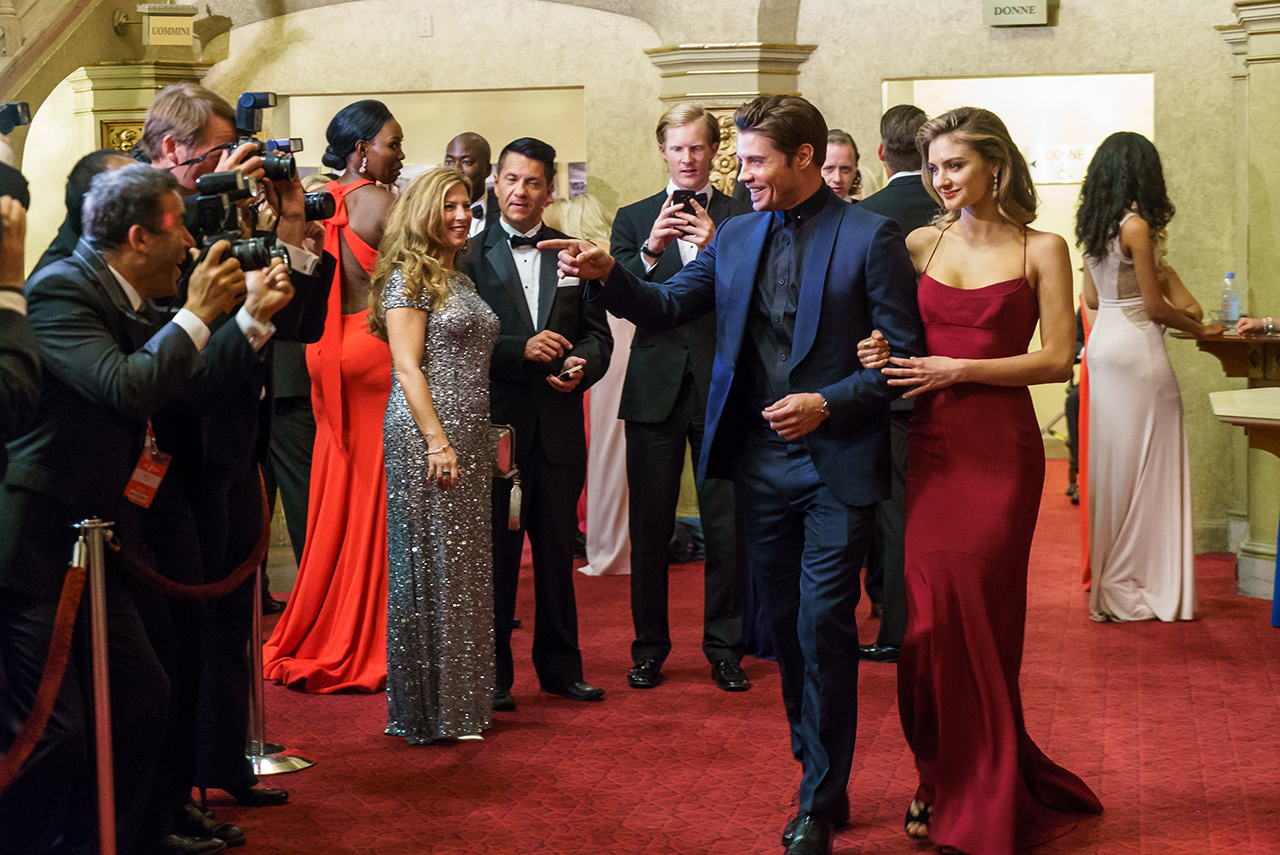 The Arrangement
Megan Morrison is an aspiring young actress and Kyle West is a totally magnetic, next-level-intense movie star who’s also part of a mysterious organization called Institute of the Higher Mind, in this new E! series that is definitely your new guilty pleasure and definitely not inspired by the relationship between Tom Cruise and Katie Holmes (cough, cough).
Where to watch: Bravo, Wednesday March 8 at 10 p.m. ET/7 p.m. PT.

Anne
The world’s most beloved redhead is back, this time by way of a Netflix/CBC co-production starring Irish-Canadian actress Amybeth McNulty (who beat 1,800 actresses to play the part). Not to be mistaken with another recent AoGG reboot on YTV, this one (called just Anne) is helmed by Moira Walley-Beckett, best known for her Emmy-winning work on Breaking Bad. So expect a slightly edgier take along with familiar touchstones like “bosom friends” and puffed sleeves.
Where to watch: CBC, Sunday March 19th at 8 p.m. ET. (The series will air globally on Netflix starting on May 12, and on Canadian Netflix on a later, TBA, date). 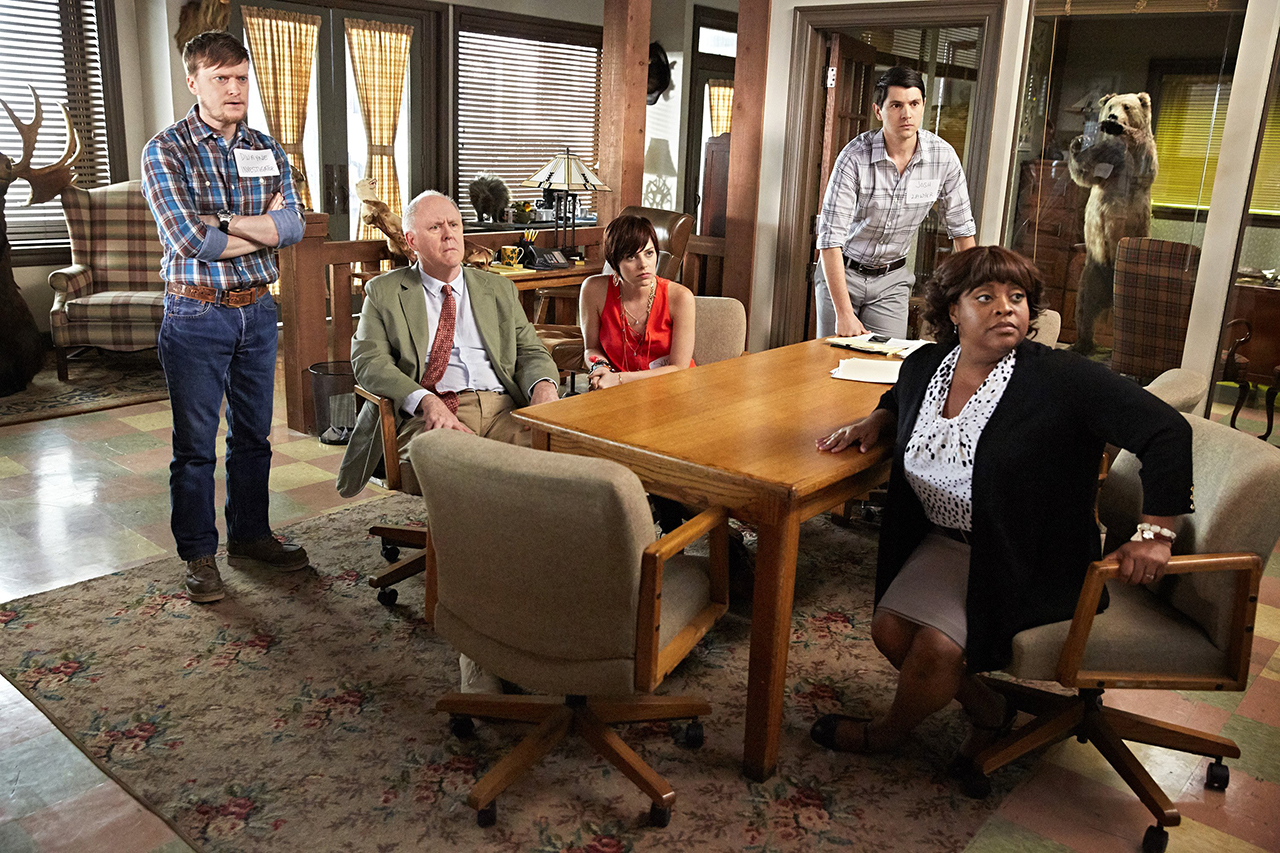 Trial & Error
True crime — Serial, Making A Murderer, The People vs. O.J. Simpson — has been the super-hot pop culture trend for the last couple of years, which means a parody was inevitable. This mockumentary style spoof stars the brilliant John Lithgow as a husband accused of murdering his wife (and murdering his previous wife, and sleeping with his gym buddy). The supporting characters hit all of the genre tropes — the ornery judge, the first-time defence lawyer, the blood-thirsty prosecutor, the assistant (played by Sherri Shepherd from The View who killed it as Tracy Jordan’s wife Angie on 30 Rock).
Where to watch: CTV, Tuesday March 14th at 10 p.m. ET/9 p.m. C. (CTV will air two back-to-back episodes on the 14th, then starting on March 21, new episodes will air at 9 p.m. ET/9:30 p.m. PT). 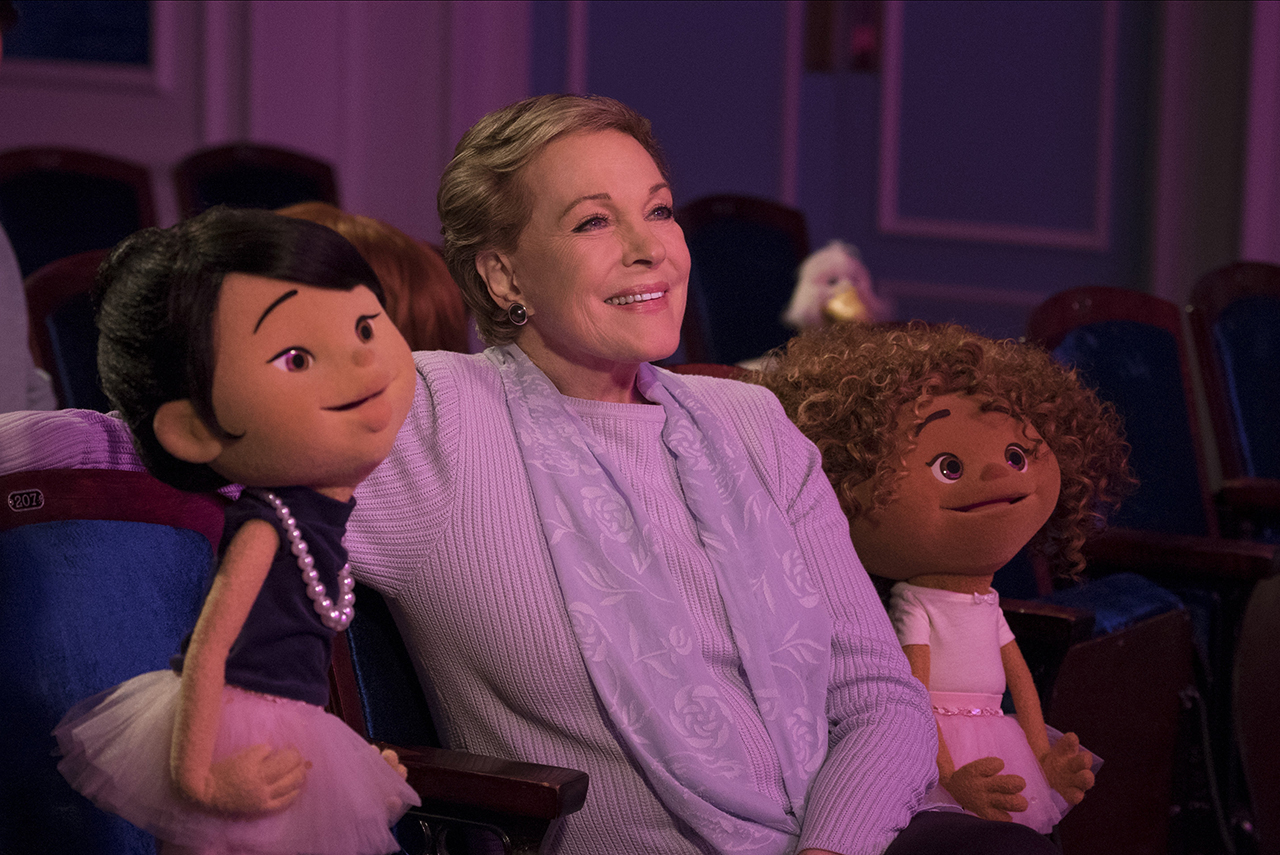 Julie’s Greenroom
The granddame of musical movies stars in this variety show about a group of kids learning the ABCs (and at least a few do-re-mis, we hope) of performance. Andrews’ gaggle of kid co-stars are actually puppets (the Jim Henson Company co-produces). Obviously this is a great one for parent/child co-viewing, but special guest appearances by everyone from Carol Burnett to Alec Baldwin mean you may keep watching after bedtime.
Where to watch: Netflix, March 17th

More:
A Good Wife spinoff! And 5 other new TV shows you need in your life
Spring book preview: 30 new books we can’t wait to pile on our bedside tables
Sign up for our newsletters