Can you spot the sexism? 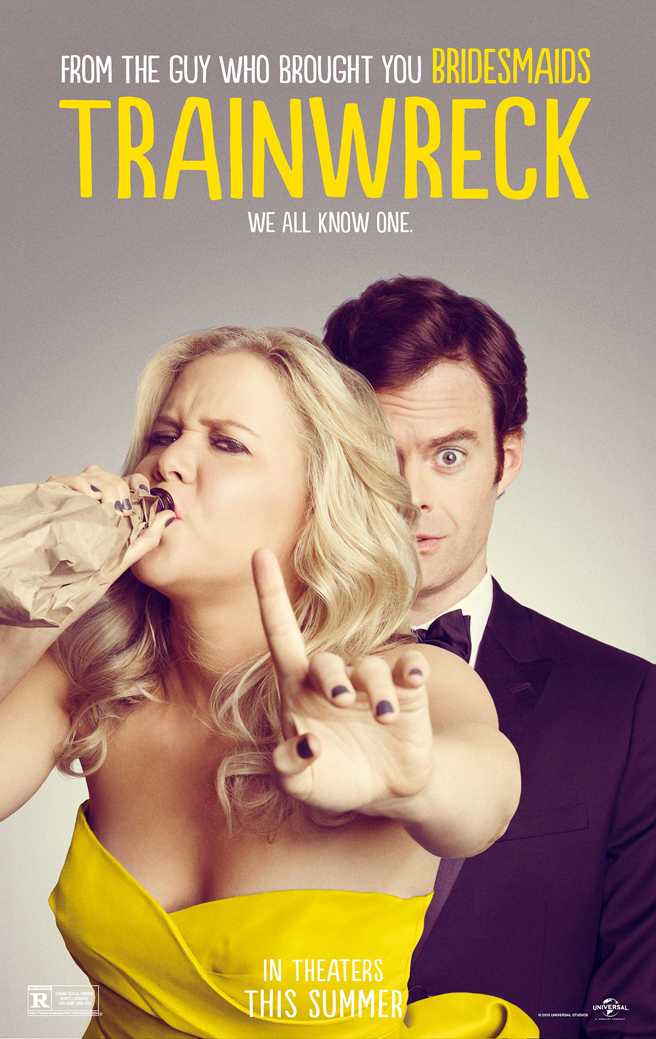 Despite being the film’s lead — not to mention having written the script — Schumer’s name is nowhere to be found, and neither is that of her co-star, Bill Hader. Instead, “the guy who brought you Bridesmaids” gets all the glory. The guy in question? Judd Apatow, who directed Trainwreck and produced Bridesmaids. The “guy who brought you” line seems to be reassuring male audiences: “Yes, that’s the blond chick who jokes about rape, but don’t worry! This isn’t some feminist movie. It’s for you — it’s made by a guy! Just like Bridesmaids! Remember Bridesmaids? That wasn’t too bad, was it?”

It’s possible that Bridesmaids is a better-known brand than Amy Schumer’s — for now, at least. But why exclude Schumer altogether? It’s not like she’s an unknown. She’s arguably one of the hottest comedians right now, male or female. Her self-titled show, Inside Amy Schumer, has been running for three seasons. “Milk Milk Lemonade,” a sketch from her current season, has been viewed almost 5 million times on YouTube. And “Last F-ckable Day,” has been viewed more than 3.2 million times. She’s on the cover of this month’s Glamour, meaning the editors believe she can sell magazines. Plus, when you make a movie with a star-powered cast, you’d be well-served to hype that fact. Let’s look at some more examples from Apatow’s canon.

Here’s the poster for Anchorman. 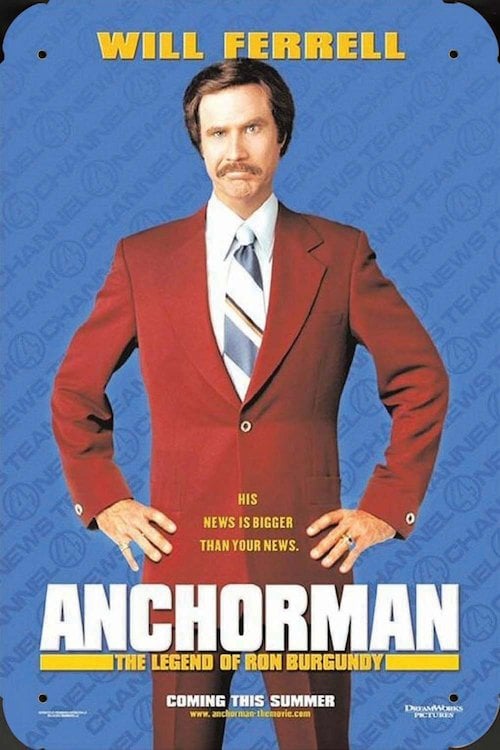 Will Ferrell gets top billing here. But, fine, Ferrell was a huge household name when Anchorman was released in 2004. Let’s check out the poster for The 40 Year-Old Virgin. 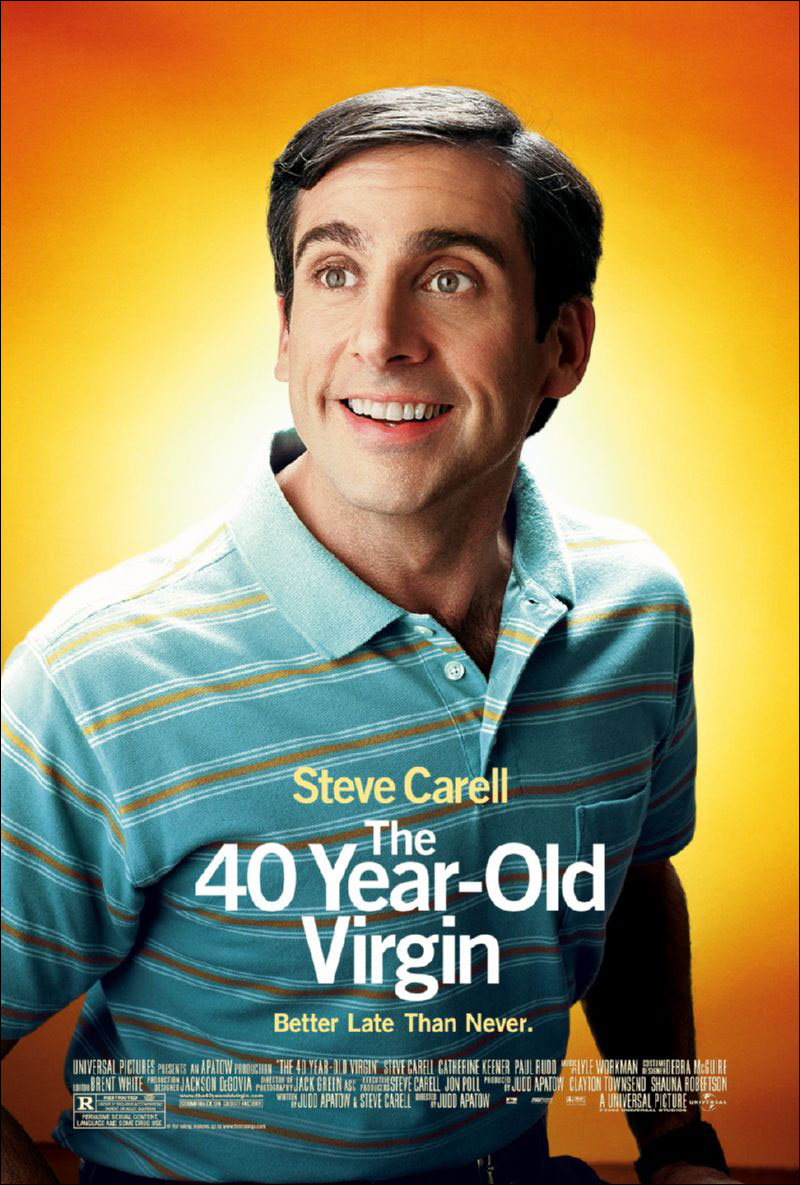 Steve Carell is an A-list star today, but he wasn’t when Virgin debuted back in 2005; The Office had only just finished its first (six-episode) season. But, fine, The Office ran on a major network, NBC. Inside Amy Schumer is shown on Comedy Central.

Below is the poster for Forgetting Sarah Marshall, which has a “from the guys who brought you” line as well as star credits. 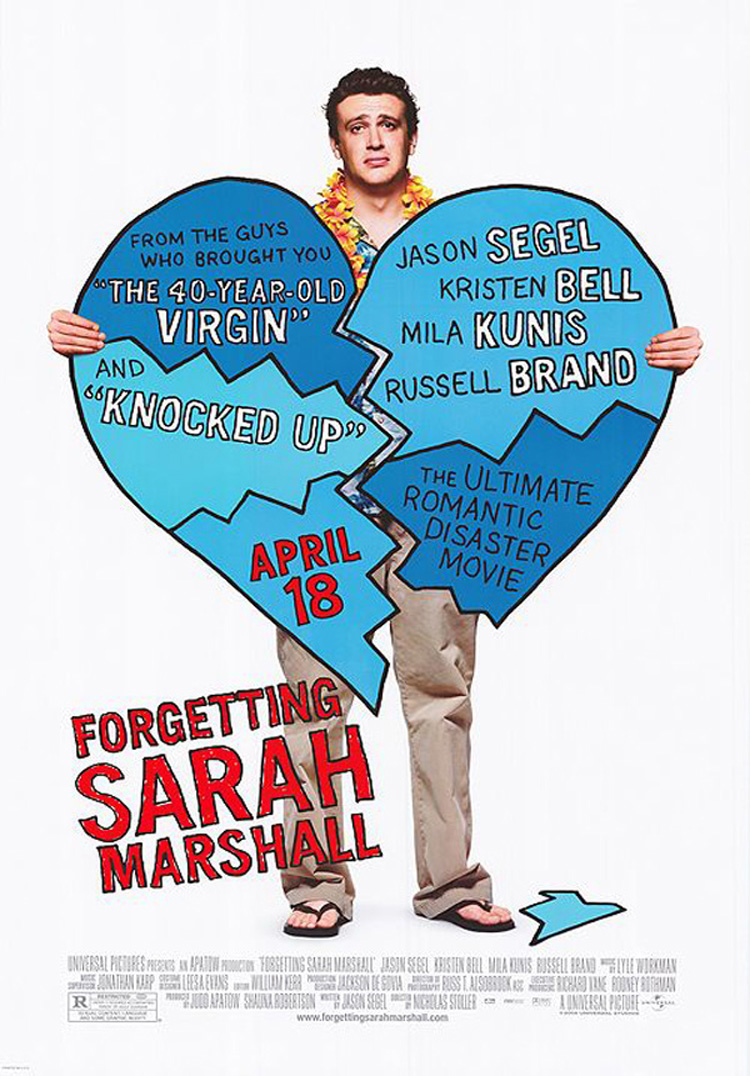 And what about the poster for Get Him to the Greek? 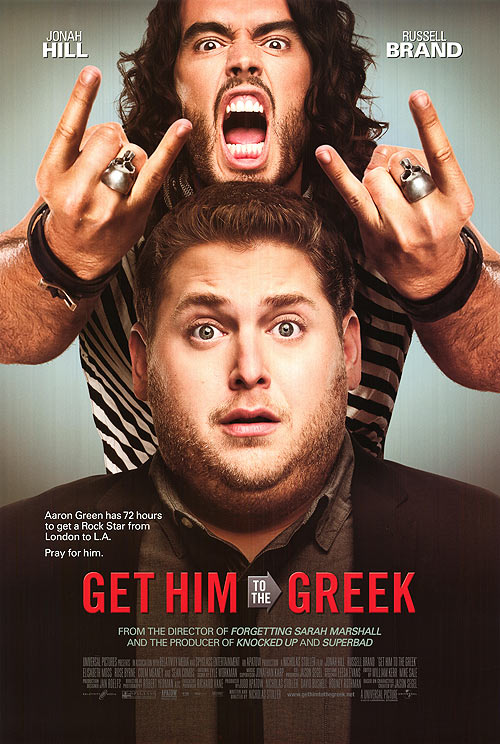 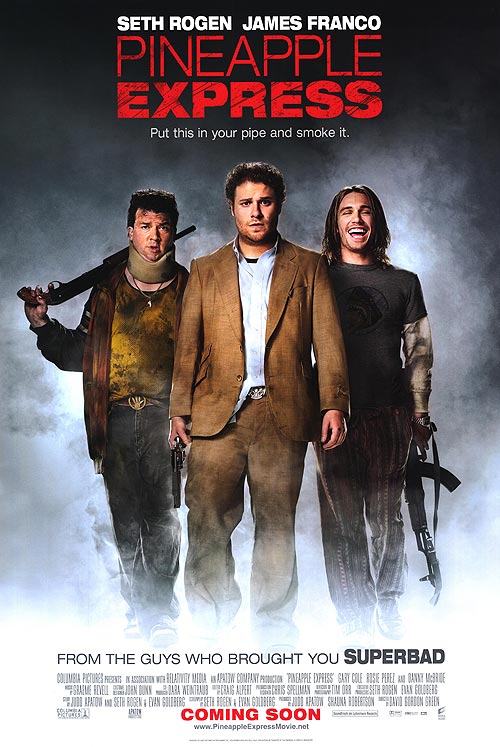 To be fair, there are a few movies in Apatow’s repertoire that don’t include star names on the poster, including this one: 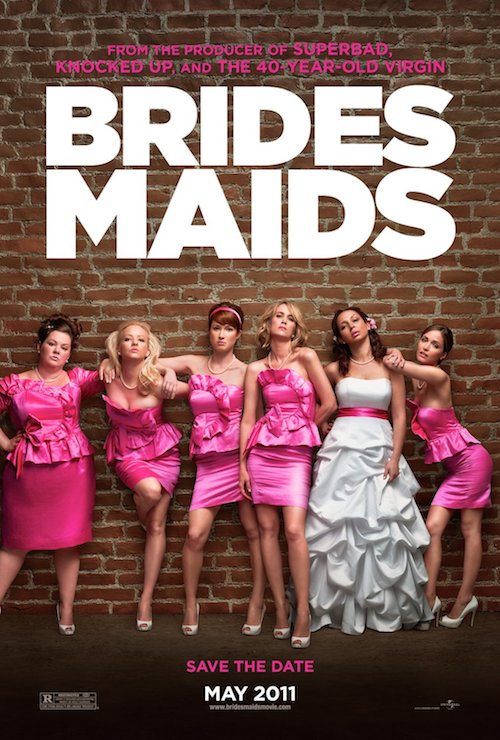 That’s right, the stars of one of the biggest comedies of the past decade (and one of Apatow’s most commercially successful films) didn’t get their names on the ensemble poster above, or on the six posters featuring solo portraits: 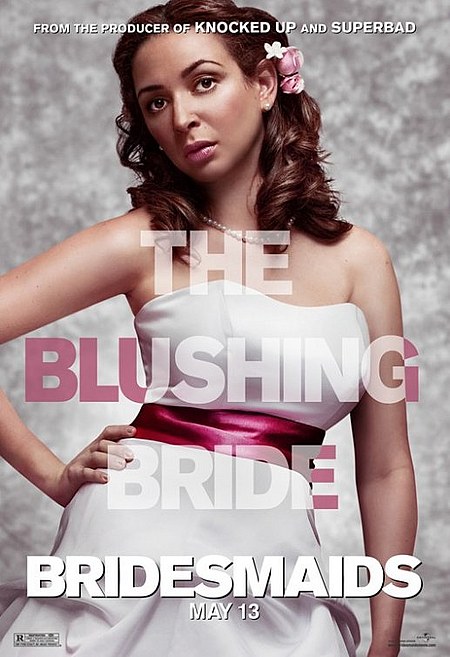 It’s not as though actresses’ names are routinely left off promotional images. (Check out the ones for the Melissa McCarthy-lead blockbuster Spy and for Hot Pursuit, starring Reese Witherspoon and Sofia Vergara.) But omitting them from ones for Bridesmaids and Trainwreck is a missed opportunity to shout out the names of genuinely talented, funny and famous women.

Related:
Chick wit: Comedy’s new stealth feminism
How does Amy Schumer get away with it?
The 9 women who’ll dominate the big screen this summer