Funk-soul powerhouse Sharon Jones takes time from her tour to talk about soothing inmates at Rikers with song and sticking it to cancer. 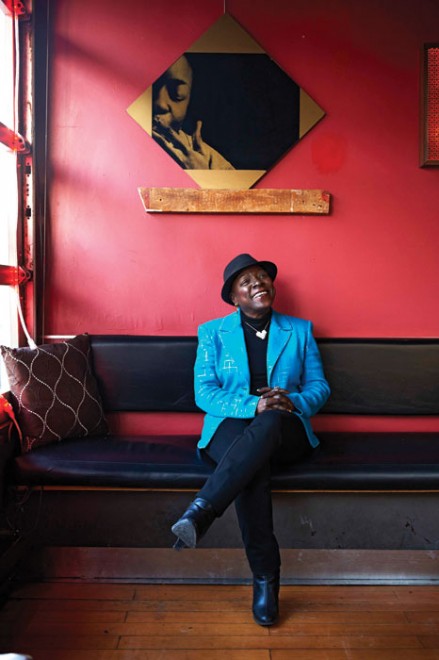 After a summer touring the world from Ottawa to Austria, you’d think Sharon Jones would be exhausted (seeing as she recently had intensive chemo for pancreatic cancer). But the 58-year-old, who grew up in a home with no running water in South Carolina and later worked as a prison guard at Rikers Island in New York, is unstoppable. Back then she used her powerful voice to win over hardened criminals (one night an entire cellblock refused to lock up until she sang “The Greatest Love”). Today she performs sold-out shows as the frontwoman of Sharon Jones and the Dap-Kings.

Jones has the kind of voice that makes you stop what you’re doing to listen. Even mid-conversation, she’s likely to bust out a few bars of “His Eye Is on the Sparrow” between stories of fending off flirty inmates. Onstage, she never stops moving. In June 2013, when Jones was diagnosed with stage 2 pancreatic cancer, she thought it was over. But four months into her chemo she found herself filming the video for her band’s new single, “Stranger to My Happiness.” “I didn’t want to do it at first because I thought, ‘Every time I look at the video, I’m going to see my bald head and think about my cancer.’ Then I realized I need to look back.” On set, she casually removes her hat for a portrait shot. “I’m workin’ it,” she says with a laugh.

Watch “Stranger to My Happiness” below.