It's A Boy! Prince Harry And Meghan Welcome Their Royal Baby

The Duke and Duchess of Sussex are officially parents to a bouncing baby boy! The royal couple announced the exciting news on Instagram and we've got all the details. 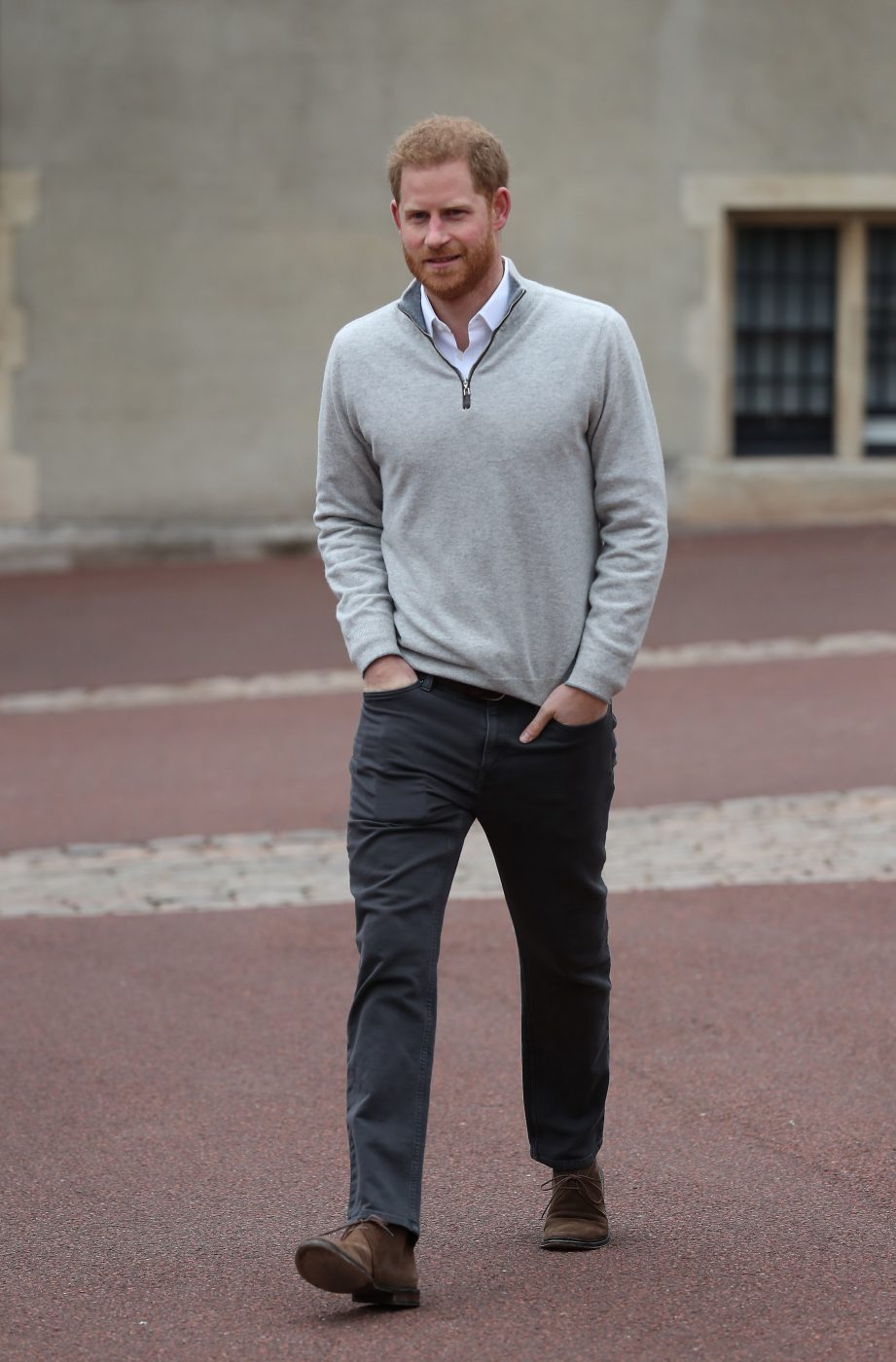 Prince Harry, Duke of Sussex, speaks to members of the media at Windsor Castle in Windsor, west of London on May 6, 2019. (Photo: Steve Parsons / Pool / AFP)

The royal baby is here—and it’s a boy! Meghan Markle and Prince Harry welcomed their first bundle of joy on Monday morning (May 6), taking to Instagram to announce the exciting news.

This afternoon, His Royal Highness The Duke of Sussex shared the news of the arrival of his and the Duchess’ first born child. Their son was born early morning on the 6th of May, 2019 and weighs 7lbs and 3oz. Their Royal Highnesses thank you for your support and kindness during this exceptionally joyful time in their lives as they welcome their baby boy.

The Duchess and baby are both healthy and well, and the couple thank members of the public for their shared excitement and support during this very special time in their lives.

More details will be shared in the forthcoming days.”

We are pleased to announce that Their Royal Highnesses The Duke and Duchess of Sussex welcomed their firstborn child in the early morning on May 6th, 2019. Their Royal Highnesses’ son weighs 7lbs. 3oz. The Duchess and baby are both healthy and well, and the couple thank members of the public for their shared excitement and support during this very special time in their lives. More details will be shared in the forthcoming days.

Prince Harry stepped out at the couple’s home, Frogmore Cottage, shortly after the Instagram post to chat with the press, sharing his excitement and revealing that not all the details for Baby Sussex have been hammered out quite yet. “Still thinking about names, that’s the next bit. We’ll be seeing you guys in two days time, so everyone can see the baby. I haven’t been at many births, this is my first, it was amazing, absolutely incredible. I’m so proud of my wife. As every father and parent would say, your baby is absolutely amazing but this little thing is absolutely to die for, so I’m absolutely over the moon”

The little boy’s birth is already one for the books. He is the first Anglo-American baby born into the royal family, not to mention being seventh-in-line to the British throne (behind grandpa Prince Charles, uncle Prince William, cousins Prince George, Princess Charlotte, Prince Louis and papa Prince Harry.)

It was a relatively quick delivery as news that Meghan was in labour was shared at around 9 am EST and one hour later the Sussexes announced their son’s arrival.

It was a relatively quick delivery as news that Meghan was in labour was shared at around 9 am EST and one hour later the Sussexes announced their son’s arrival. Meghan reportedly had a doula and used hypnobirthing techniques to manage the pain of a natural childbirth, following in the footsteps of her sister-in-law, Duchess Kate.

But the Duke and Duchess of Sussex also chose to break from traditions followed by their siblings by keeping their birth plan private and opting not to do a day-of photocall (like the Cambridges have always done on the steps of the Lindo Wing).

“Their Royal Highnesses have taken a personal decision to keep the plans around the arrival of their baby private,” the couple revealed in a statement on April 11. “The Duke and Duchess look forward to sharing the exciting news with everyone once they have had an opportunity to celebrate privately as a new family.”

Accordingly, they kept mum on where they planned to deliver their first child, with a home birth at their new abode, Frogmore Cottage, or a hospital delivery at nearby Frimley Park leading the pack.

The Sussexes have been busy renovating their Windsor home base ahead of Baby Sussex’s arrival to include a stunning nursery (complete with vegan paint!) and a living space for Meghan’s American mom, Doria Ragland, who reportedly arrived in the U.K. on April 22 in anticipation of her first grandchild’s birth. Grandma must be in heaven right now!

Since completing her last official engagement in mid-March and moving out of London with Prince Harry, Meghan has mostly been nesting and getting ready to welcome her first royal baby. The excited parents also launched their own Instagram account, @sussexroyal, where we’re hoping to see plenty of updates on Baby Sussex as he grows. The couple has already shared a number of personal photos on their feed, so fingers crossed for some intimate new-parent moments.

So what happens now? Harry confirmed that he and Meghan will share a first glimpse of their growing family in two days, once they’ve had time to privately bask in their new parenthood. They’ll be posing with their baby boy at their Windsor home, and we can’t wait to see that precious newborn for the first time!

And there’s another major detail yet to be revealed—baby’s name. With bets for Arthur and James leading the pack, we know they’ll find a way to give a traditional royal tribute a modern spin, like they’ve done in so many ways since becoming a couple.