Lainey Lui answers every question you have about the Brangelina split

Has this been a long time coming? Is this divorce going to get ugly? How does Angie keep such tight control over her image? 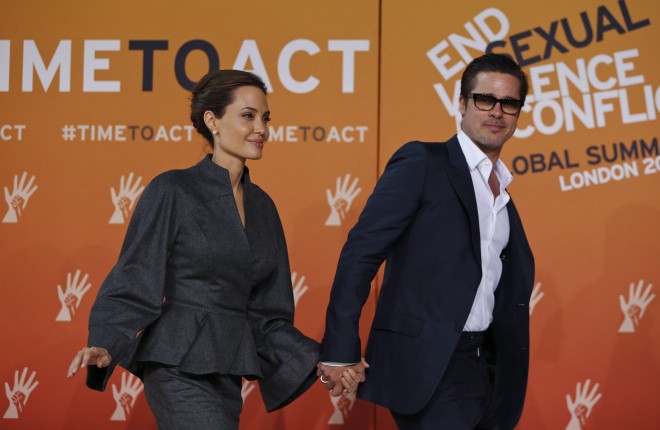 Update: This story was originally posted on Sept. 21. On Sept. 22, TMZ reported that Brad Pitt is being investigated for allegations of verbal and physical child abuse, a story that continues to develop. This post has been updated with further comments from Lainey Lui on these allegations, which appear at the bottom of the post.

The gossip world recently went into crisis mode with word that Hollywood’s goldenest of golden couples — Angelina Jolie and Brad Pitt — are no more. The news came via a TMZ exclusive, revealing that Jolie had filed for divorce because the “health of her family” is at stake. Fighting words, no question, and according to Lainey Lui of the Lainey Gossip blog, a sign that things are about to get nasty. We chatted with the long-time Brangelina watcher and co-host of The Social about the timing of the big announcement, how Angelina is a media Svengali and why we may never see the likes of this celebrity supernova again.

This split went public on a Tuesday morning, which is definitely not the norm. What can we derive from the timing of the announcement?

We can derive that Angelina definitely wanted us to be paying attention. Typically when celebrities have a scandal, they dump it on you at 5 or 6 on a Friday afternoon after everyone has packed up. She had a perfect opportunity to do this [just ahead of] Emmy weekend, but instead she chose to wait until the Emmy news cycle was over. Sunday passes, Monday comes a long and all the blogs and entertainment shows are talking about the Emmys. As soon as it dies down, on a Tuesday in the middle of the work week at 10:30 Eastern Time, it’s “Hi, I’m going to be the biggest story. I’m getting a divorce.”

Related: 5 common reactions to the Brangelina split — and what they mean

Generally celebrities announce their splits via a joint statement, which Brangelina did not. Can we take this as an indication that things are going to get ugly?

It’s a pretty good indication. Usually we have that generic “we love and respect each other, we are committed co-parents, please leave us alone.” They didn’t even bother. Her manager and her lawyer are coming out using words like, “for the health of the family” this was the decision she had to make. He’s saying, “I’m sad. Most important is the kids. Please leave the kids alone.” He doesn’t mention her, which is also a big indication that this is not amicable.

It seems like a parent who truly wanted to put her children’s best interests first wouldn’t have made the first move in a public smack down.

Definitely that is one way to look at it. If you are concerned about your children, you are going to give this story the least fuel possible and just quietly get the divorce done. The other way of looking at it is if she is going to these lengths, something really terrible must have happened. 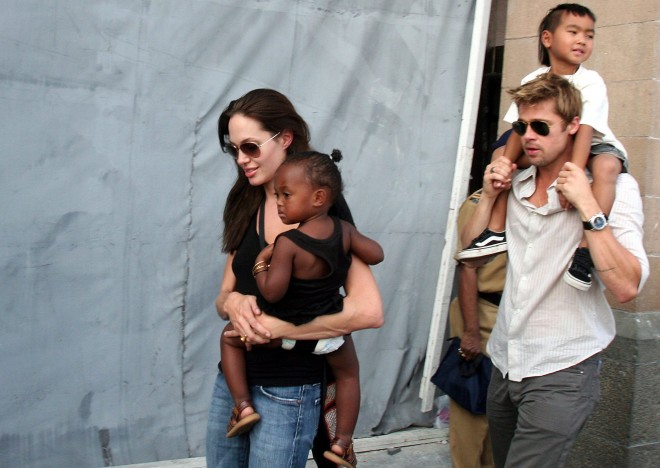 Angelina Jolie, left, with daughter Zahara, and Brad Pitt, with Jolie’s son Maddox together in India in 2006. Photo, The Associated Press.

You have said that Angelina is the master of image control. How so?

Fifteen years ago she was a wild child wearing Billy Bob Thornton’s blood around her neck, kissing her brother, maybe having a drug problem. In just a couple of years she transformed [from] that to amazing mother, humanitarian and crusader, and then it was six kids, perfect relationship. It’s not a lot of time to change that image, and it shows how smart and how strategic she is. Angelina’s publicity game is unparalleled. And she has done this over the last few years without a publicist. That is shocking. Shocking.

Has this been a long time coming? How long have you been hearing whispers?

In June, I reported that there was trouble. My sources said it’s never been this bad, but they’re trying to work it out. [If there was going to be a split], my sources said it probably wasn’t going to happen before a year, so something happened between June and last Thursday [when Jolie filed divorce papers] to precipitate this drastic move.

How do you explain our culture’s obsession with this couple?

Well, you can’t find two bigger stars. Each one is a juggernaut on their own and when they combined, it was like the union of platinum and diamonds. Also the way they started — he was married to America’s Sweetheart and she was the vixen who came between them. And then they went and had more and more kids just as we were seeing the rise of the mommy blog, just as parenting was becoming performative. On top of that, we already talked about how compelling a person she is. Really it’s her.

Any favourite moments from covering them over the last 12 years?

I have a hard time narrowing it down. I’ve always loved watching them at awards shows and how they completely dominated those steps and that carpet. In Cannes, he would walk up the steps with the rest of his cast and then he would jog down the steps to retrieve her and they would have the carpet to themselves. They knew how to reinforce the fairy tale. Sometimes just small details: He would never let anyone — security or drivers — open the car door for her. He would always get out first and come around. They have like 80 staff — people who are paid to drive them and open doors, but he would wave them off. 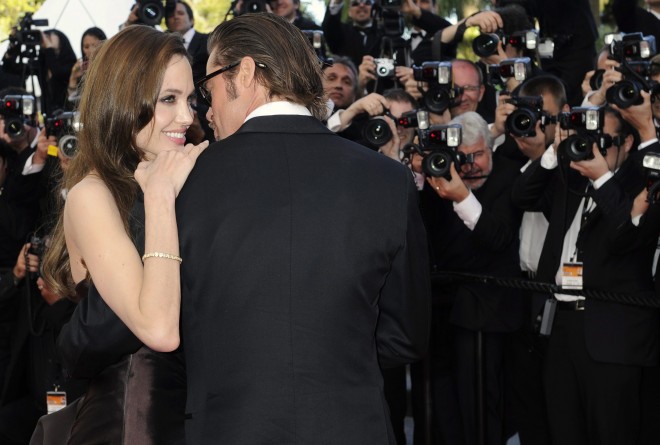 It kind of feels like Brad and Angelina represent the end of an era of a certain kind of other-worldly celebrity compared to what we see today.

For sure. Celebrities on social media represent the closing of the gap between civilian and celebrity, whereas the Branges and the Clooneys are old school, they are removed. It’s really that sense of mystery that they managed to maintain, and we don’t know if we’re ever going to see the likes of them again. There has been a lot of talk, independent of this story, about the death of the movie star. How many movie stars have been created in the last 10 years? Jennifer Lawrence is really the only definitive one, and she’s still not Angelina.

TMZ just alleged that Pitt is being investigated for child abuse. What is your reaction? What does this mean?

The allegations are consistent with my sources saying that the urgency [in filing for divorce] was a “very sensitive, delicate thing.” For those who were questioning why she made it so public, compromising the reputation of her children’s father and [wondering] what her motivations might have been, it’s now obvious.

Is it possible that this is a tactic? Any thoughts on whether Pitt will fire back?

It’s always possible. He had 48 hours though. And we still don’t know about his representation. No lawyer, nothing. He also has challenged her on custody, but has not challenged her on the drinking allegations. That’s a sign to me that there’s something there.

More:
Why Angelina Jolie-Pitt is our new body acceptance icon
Is fear of breaking up (FOBU) keeping you in the wrong relationship?
How breastfeeding became the hottest new fashion trend