Thanks For Your Concern, But Jennifer Aniston Is Allowed To Be Single — And She'll Be Fine

Let’s give the woman the chance to be single for a hot second — or forever, even. 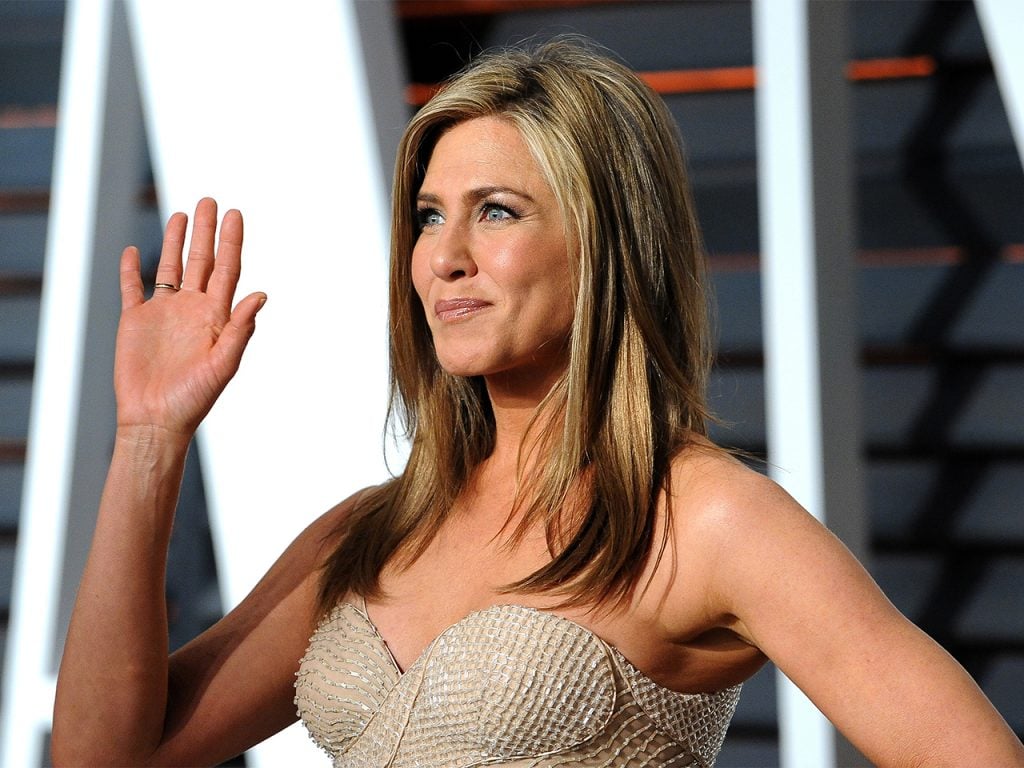 The first thing I saw when I checked Twitter this morning was a series of tweets from celeb watchers yearning for a Jennifer Aniston and Brad Pitt reunion. “For a movie?” was my first bleary-eyed 6:30 a.m. thought. Cool, that’d be some fun early 2000s nostalgia.

But nope. They want the pair to get back together as a couple. Of course they do.

That’s how I learned Jennifer Aniston — poor 49-year-old Jennifer Aniston — is single again. She and her husband of nearly two years, Justin Theroux, announced their separation late Thursday night with all the conscious-uncoupling-but-we-still-love-each-other language we’ve come to expect from celebrities these days. But who cares about their reasons, really: Aniston’s single. Pitt is single. Within 12 hours of the separation announcement, there were literally pages of Google search results for “Are Jennifer Aniston and Brad Pitt getting back together?”

That I had to deduce her newfound relationship status via fantasy Internet matchmaking tells me everything about how misguided we are in our concern about Aniston potentially dying alone.

Let’s let her be single for a hot second — or forever, even. Jennifer Aniston will be fine.

In fact, she’s already told us as much. In her widely shared essay for Huffington Post in 2016, which was primarily a treatise against the paparazzi and tabloid speculation that has dogged her for most of her career (but primarily since she and Pitt got together in 1998), Aniston put it plainly: “We don’t need to be married or mothers to be complete. We get to determine our own ‘happily ever after’ for ourselves.”

And yet, there’s an intense desire to treat Aniston with kid gloves, with all the intentions of an overbearing aunt who “only wants the best” for her niece, but can’t help but lay on the suffocating expectations of outdated ideals of a happy and fulfilling life. We like Aniston. We want her to be happy. We maybe even feel a little bad for her, heading into her 50s without a man to hold wrinkled hands with while looking out at the Mexican sunset.

“If I am some kind of symbol to some people out there, then clearly I am an example of the lens through which we, as a society, view our mothers, daughters, sisters, wives, female friends and colleagues,” she wrote in that same essay.

I get that relationship status obsessions come with the territory of celebrity. They always have. But those obsessions say so much more about us and our own concerns about coupling — what the status of “single” says about our value as human beings, and as women, particularly women of a certain age. It should have absolutely no bearing. She’s got lots of money, and quite likely lots of friends. She really doesn’t need a man to take care of her.

So let Aniston go chill solo at her villa in Cabo for awhile. Let her drink as much fancy bottled water as she wants, and slather herself with luxurious Aveeno lotions.