While the new Netflix show hits a lot of right notes, it gives its truly groundbreaking roles to men. 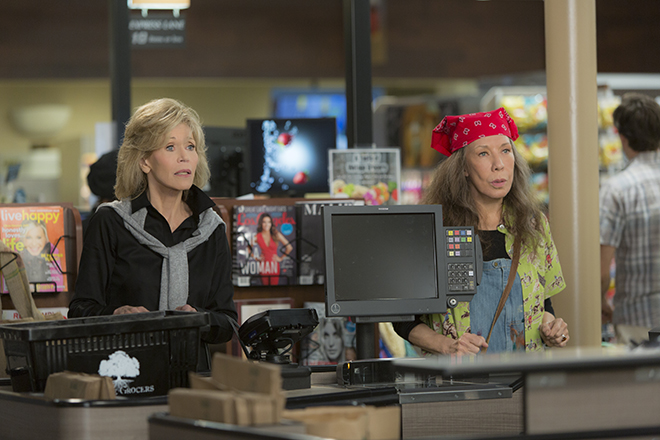 There is so much that’s right about Grace and Frankie, the new Netflix dramedy, starring Jane Fonda and Lily Tomlin, which debuts on Friday (May 8). There’s the hilarious premise: Grace (Fonda) and Frankie (Tomlin) are thrown together when their law-partner husbands, Robert and Sol (Martin Sheen and Sam Waterston), announce their love for each other and plans to get married. “We can do that now,” says Robert. In response, Grace throws seafood. Frankie takes peyote.

Fonda and Tomlin, who reunite for the first time since 1980’s Nine to Five, are made to retread disappointingly stereotypical roles: the boozy WASP and pot-smoking hippie, respectively. Both self-medicate, Frankie’s labelled an emotional shopper, Grace vacillates between hysterics and bitchiness, and for the first six episodes there’s not much female solidarity as they snipe at each other in an odd-couple way. All of the show’s playful jokes about aging, from thinning hair to hearing loss, are at the expense of the women.

Meanwhile, Sheen and Waterston embark on a groundbreaking gay storyline. Two 70-something family men — who’ve been business partners for decades — exchange a look in an elevator, then spend years trying to deny it, then years hiding their affair, until they can no longer live the lie.

In their scenes, there’s no gay stereotyping — these aren’t over-the-top, pastel-wearing, wisecracking homosexuals. This is President Jed Bartlet and District Attorney Jack McCoy — in love. We see them spooning, kissing and tenderly discussing their guilt, happiness and the difficulties of coming out at this stage in life. 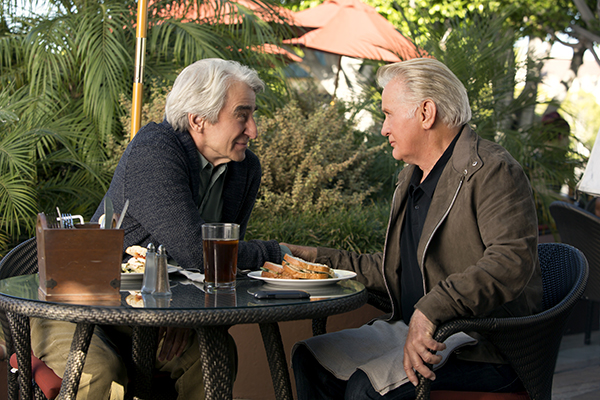 In episode three, the show really hits its stride. Robert and Sol, now cohabitating, have a dinner party with their adult children, who are all trying to be accepting of their newly out dads. Until Robert’s daughter breaks: “Would you be cool with it if they’d been cheating with women for the last 20 years?” she asks Sol’s son. “There wouldn’t be cake. There’d be blood, or bullets, or something. For sure we wouldn’t be talking about the chicken.” And where are Grace and Frankie during all this searing family drama and smart social commentary? Grace was throwing a temper tantrum at the grocery store because no one would sell her cigarettes. And Frankie was shoplifting, a scene that provides its own clever commentary on the invisibility of older women.

But the show as a whole would be infinitely more groundbreaking, and a true victory for older actresses, if Grace and Frankie were the 70-something lesbian divorce lawyers who left their husbands heartbroken, embarrassed, confused — and the butt of all the jokes about aging.