Seven women who rock into their 70s and beyond

Harper Lee is set to publish a sequel to To Kill A Mockingbird at 88 years old, and she’s not the only woman who proves 70-plus is prime time. From Joan Didion to Martha Stewart, these seniors outshine the wunderkinds. 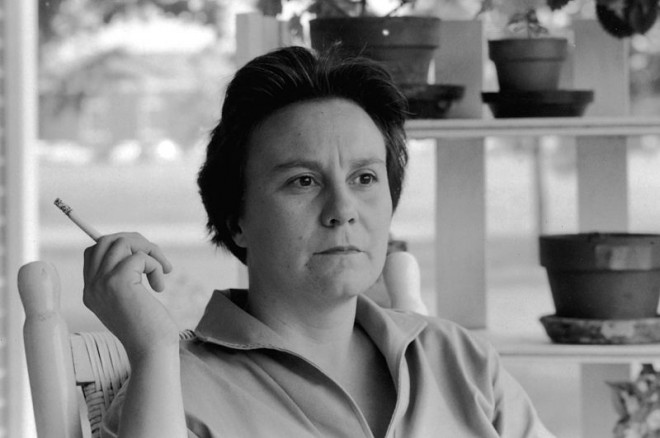 Harper Lee
Age: 88
Awesomeness factor: 55 years after her widely celebrated first (and only) novel, To Kill A Mockingbird, was published, the Southern author has announced that its sequel (entitled Go Set A Watchman) will soon be released. Harper modestly dubbed Watchman, which will follow the adult incarnation of plucky protagonist Scout Finch, “a pretty decent effort.”

Joan Didion
Age: 80
Awesomeness factor: As it turns out, the inscrutable author of celebrated American texts like Slouching Towards Bethlehem and The Year of Magical Thinking also looks super fierce in a minimalist black turtleneck. Didion was christened the new muse of the French cool-girl clothing house Céline earlier this year. Her nephew Griffin Dunne also recently blew past his Kickstarter goal of $80,000 to fund a documentary chronicling Didion’s life, so basically #YearofJoan.

Joni Mitchell
Age: 71
Awesomeness factor: It goes without saying that this iconic Canadian troubadour has a way with words but, like Didion, she’s also an inspiration to the fashion set. Mitchell was recently chosen to front Saint Laurent’s annual Music Project campaign, a fitting homage to folk’s golden girl. (She can be seen plucking her guitar in every shot.)

Beverley McLachlin
Age: 71
Awesomeness factor: McLachlin is not only Canada’s longest-serving Chief Justice of the Supreme Court of Canada, but the first woman to hold the position. She also moonlights as the Deputy of the Governor General, holds more 21 honorary Doctor of Laws degrees, and took the high road after being publicly snubbed by Prime Minister Harper over her objection to the Federal Court appointment of Judge Marc Nadon.

Martha Stewart
Age: 73
Awesomeness factor: In the early years of her seventh decade, Stewart is the captain of her immaculately designed media empire. She’s a bona fide home guru, the publisher of Martha Stewart Magazine, has two lengthy television runs to her name and makes an insane chocolate-mousse pie. Summary: she was Goop before Goop was Goop.

Toni Morrison
Age: 83
Awesomeness factor: The Nobel Prize–winning novelist rose from a working-class upbringing in Ohio to the upper echelon of American literary greats. She’s already the creative genius behind well-loved tomes such as Oprah faves Beloved and The Bluest Eye, and this April, she’ll release God Help the Child, her 11th work of fiction.

Betty White
Age: 93
Awesomeness factor: How do we love Betty White? Let us count the ways. Oh, wait, we already did.