5 common reactions to the Brangelina split — and what they mean

Your response says more about you than it does about them. 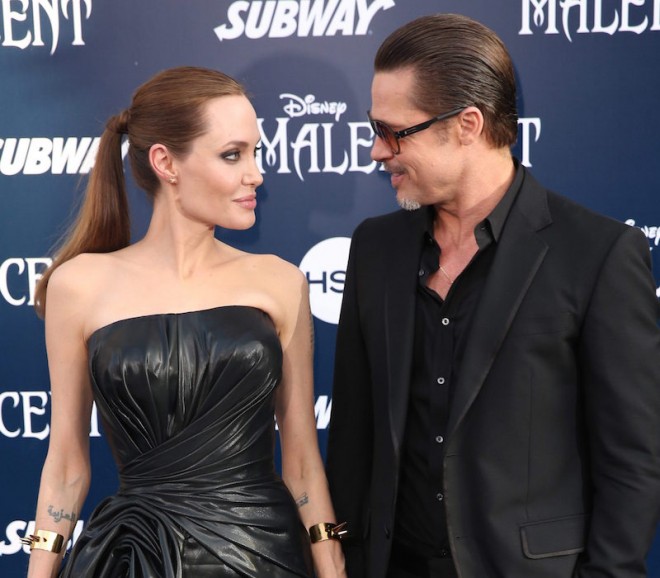 Almost all of us felt a little something after hearing the news that Hollywood power couple Angelina Jolie and Brad Pitt were calling it quits after two years of marriage, 12 years as a couple and many, many kids. But your reaction isn’t really about Angie and Brad having to navigate heartbreak and co-parenting, it’s about your outlook on love, marriage and every situationship that exists in-between.

Below, the true meaning behind the outpouring of emotion on social media today.

Reaction 1: “If they can’t make it, who can?!” You believe “making it” means a fairytale forever. But let’s be real, we all know there’s a reason fairytales always end immediately after the wedding. 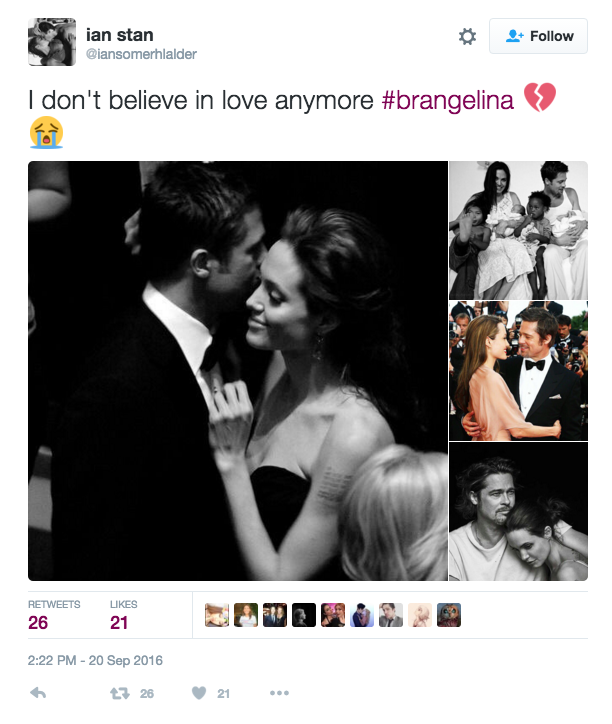 Reaction 2: Jennifer Aniston has achieved a karmic victory. Girl, that’s cold. You likely believe that the world has a certain order, and if that order is disrupted, the wronged will be vindicated sooner or later.

So #Brangelina have split.

Reaction 3: Leave Jen alone. How does a story about a divorce devolve into meme-a-palooza about the husband’s ex?! You’re sick of women being defined by men and portrayed as gossipy, petty, grudge-holding humans. 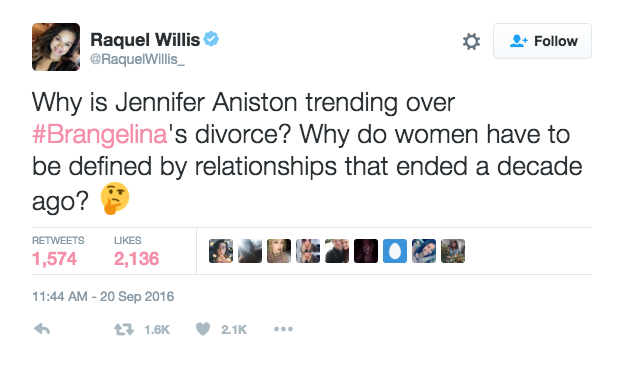 Reaction 4: An unsurprised shrug. You believe this split is further evidence monogamy ain’t for humans. Time to dust off your copy of The Ethical Slut to lend to friends. 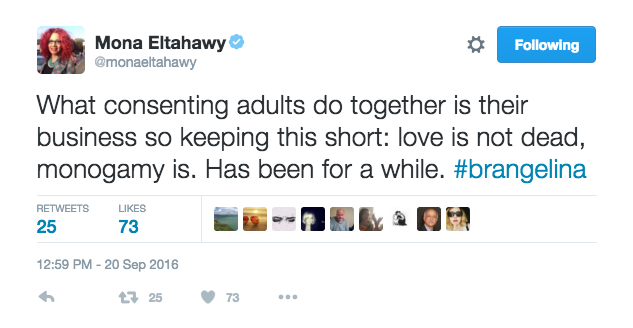 Reaction 5: Fall-on-the-floor devastation. It might be time to consider that you’re just a bit too personally invested in #Brangelina.

More:
Q&A: Naomi Watts talks beauty hacks and aging gracefully in Hollywood
Angelina Jolie files for divorce from Brad Pitt
Is fear of breaking up (FOBU) keeping you in the wrong relationship?