A new Canadian TV series follows four aboriginal women as they navigate life on the reserve — and in Montreal. 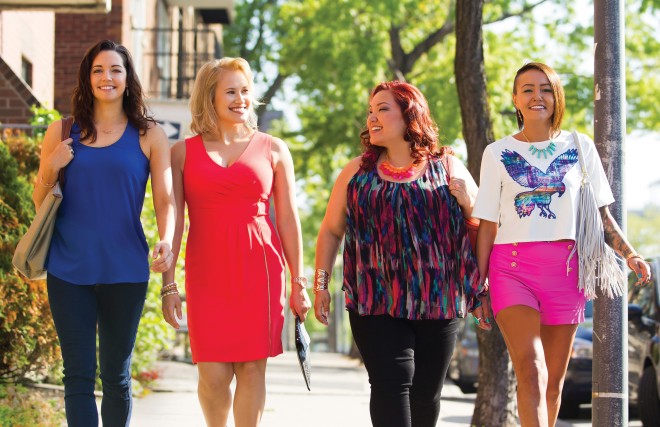 Wouldn’t it be great if Canada had a primetime series that centred exclusively around the lives of Aboriginal women? Enter Mohawk Girls, a new “dramedy” — premiering this week — that takes place on a reserve of Kahnawake, near Montreal. The show follows four Mohawk women who live in the same community. There’s the familiar line-up: the Type-A control freak, the can’t-get-it-together wild card, the girl next door and the newcomer who’s trying to fit in. There are some cringe-inducing scenes (like the obligatory makeover montage involving cocktails and nods of approval), but for the most part the show introduces characters and themes never before seen on TV — touching on the important issues facing modern Aboriginal women. Here are five take-aways from first few episodes.

1. Dating on a reserve means choosing from a small pool of candidates One of the main plot lines on the show involves Bailey (girl next door) finding out from her dad that the hottie she’s been dating is related to her. Turns out, dating on the reserve is not easy. The girls have a hard time meeting fun, new men who are faithful, unrelated and . . . Mohawk.

2. Racial tensions can run high In the first episode, new girl Anna is scolded by her friend for flirting with a black man at a party. The friend goes on to discuss how wrong it would be for her to date a white guy or, for that matter, anyone who’s not Mohawk. Anna is also belittled by her new “friends” for having a white mom and not being a real Mohawk. This may not be an issue on some reserves, but it seems to be on Kahnawake.

3. Living on a reserve is like living in a small town Everyone knows everyone (see point 1) and they all seem to gather at the same spots: the charming coffee house, the local watering hole (sometimes there’s a DJ!) and a few friends’ homes. Any other exciting action on the show takes place in nearby Montreal. 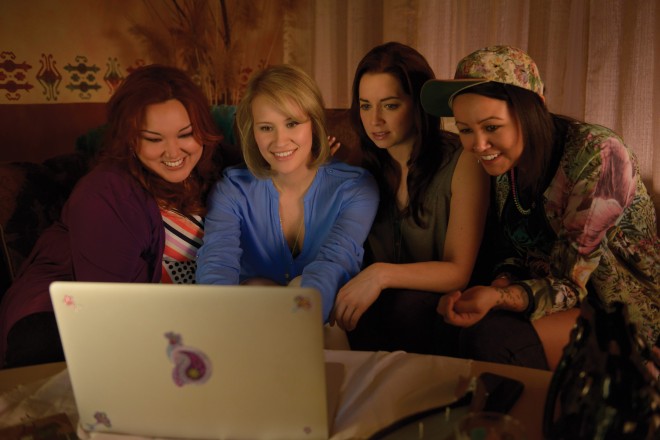 OK, so this one isn’t surprising. But it’s definitely highlighted on the show and rightfully so. In one scene, Bailey thinks a guy at a party is picking her up, but as soon as she mentions that she’s Mohawk, all he wants to discuss is how she doesn’t have to pay taxes and, in his words, how awesome it is that she gets to scam the system.

5. Staying true to your roots and being a modern woman isn’t easy

Zoe (Type A perfectionist) is one of the first to tease Anna about being half-white, and for wearing loud clothes that make her stand out. But even Zoe can’t live up to the idea of being a “perfect Mohawk woman,” as she secretly turns to an online dating site to satisfy her kinky side.

Like Sex and the City, Mohawk Girls is a fun, daring and sexy show about modern female friendships. These ladies prove that finding balance between our conflicting identities is not an easy feat and at the end of the day, what really matters is having each others’ backs.

Mohawk Girls premieres this Sunday, November 23 at 9pm on Omni 1. Or you can catch it on Tuesday, November 25th, at 9pm, on APTN.