Does being nice doom you to financial failure?

Want to significantly boost your earning power this year? Cop an attitude at work (and cross your fingers you don’t get fired). 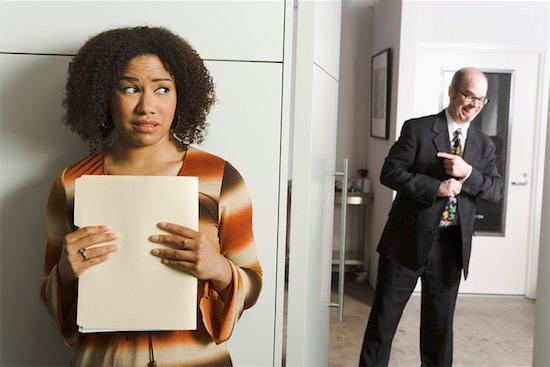 Want to significantly boost your earning power this year? Cop an attitude at work (and cross your fingers you don’t get fired). One new study (via Jezebel.com) from researchers in the US and Canada suggests that nice guys and gals earn significantly less money than those who openly flout the golden rule at work.

The study by human resource and labour researchers at Cornell, Notre Dame, and the University of Western Ontario looked at over two decades worth of survey material from more than 10,000 employees working in a variety of professions. Data was self-reported and the researchers’ goal was to determine whether or not behaviour affected earning power.

Turns out, it does. Though just not in the way many may have hoped, including the study’s co-author Cornell assistant professor, Beth A. Livingston. Livingston told the Wall Street Journal, “Nice guys are getting the shaft.”

How much more do unpleasant people make than more agreeable people? It depends on the sex of the jerk in question. Men appear to benefit most from being rude, earning 18 per cent more ($9,772) more than less rude men. Women do benefit from being disagreeable at work—it’s just not as lucrative. According to the study, women take home five percent ($1,828) more than their more amiable female colleagues.

While the study appears to confirm the message behind the witticism, ‘If you want to know what God thinks about money look at all the people He gave it to,’ the study’s authors have a few explanations for the discrepancy too.

For men there may be a cultural advantage to acting like a tool in the workplace as it may confirm society’s expectation for traditional “masculine behaviour,” suggest the authors. Secondly, more retiring personality types may be less inclined to assert themselves when it comes time to talk raises or salary requirements.

The study’s findings may further encourage those who feel that aggression is the key to success already. But for nice guys and gals who are often more thoughtful in their responses, it might prompt a more creative response to the problem of succeeding at work. For example, rather than settling for the extremes of being a wealthy jerk or the office wallflower, it might be wise to aim for being a respectful and self-confident colleague.