Do you live in one of Canada’s most dangerous cities?

Here’s hoping Santa picked up a copy of Maclean’s last week, and that he’s reading it twice. The news weekly has broken down the nation’s biggest cities into naughty and nice with its annual roundup of Canada’s Dangerous Cities. 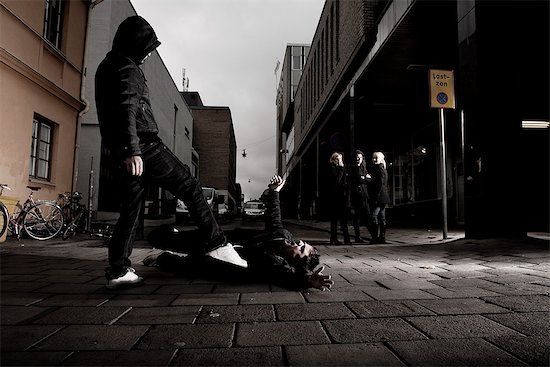 Here’s hoping Santa picked up a copy of Maclean’s last week, and that he’s reading it twice. The newsweekly has divided the nation’s biggest cities into naughty and nice with its annual roundup of Canada’s Most Dangerous Cities. And while crime appears to be down overall, a few regions may experience an unexpected rain of coal on Christmas Eve.

Cities within the western provinces of British Columbia and Alberta dominated the magazine’s top ten list of the most dangerous cities in Canada.

Four cities in B.C. made the top ten list, including Prince George, which holds the number one spot on the list. Victoria (#2), Kelowna (#7) and Surrey (#10) also made the cut.

Saskatchewan comes in third for most cities mentioned in the top ten: Saskatoon (#3) and Regina (#5).

Ontario made its first appearance on the chart at number 11, with the city of Belleville, ON.

Canadians may be surprised to find out that the nation’s biggest cities are comparatively safe, however. Toronto came in at #52 on the list, Calgary #50, and Montreal at #22.

Maclean’s goes further in painting a picture of the nation’s criminal landscape however, compiling information on where Canadians are more likely to be robbed, assaulted or murdered (Ho, Ho, Ho).

Sexual assault: There’s a 1 in 64 chance of being sexually assaulted in Saint John, N.B. Other cities with higher rates of sex crimes: Belleville, ON, Fredericton, NB, Prince George, BC, Shawinigan, QC.

Homicide: Prince George, BC tops the list as the murder capital of Canada (a little context: in 2010 there were seven murders). Maclean’s says you have a 1 in 10,513 chance of being murdered here. Wood Buffalo, Saskatoon, Thunder Bay and Regina are other places in which you might want to watch your back.

There is good news to report, however: Ontario is Canada’s safest province. Its crime score is 21 percent lower than the rest of the nation.