Do you have to be sexy to be on the cover of Rolling Stone?

Maybe this new study (via Montreal Gazette) on the increasingly sexualized appearance of female singers on the cover of Rolling Stone explains why it’s no fun listening to the radio anymore. 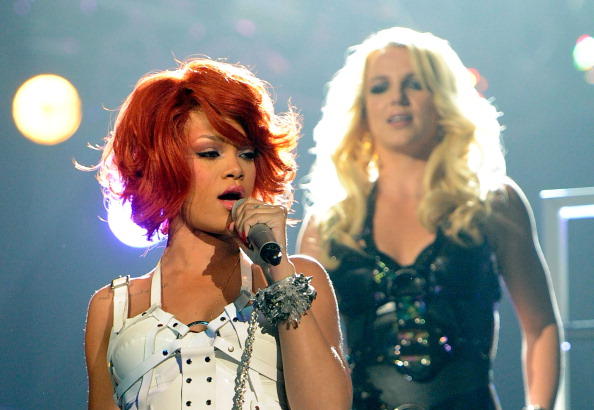 This new study (via Montreal Gazette) on the increasingly sexualized appearance of female singers on the cover of Rolling Stone may explain why it’s no fun listening to the radio anymore. There are no super-stylized images of lingerie-clad singers to distract you from the horrible noise they’re making. However, that still doesn’t explain Cee Lo.

Interested to see how (if at all) gender representations of men and women on the cover of Rolling Stone had altered over the years, two researchers in the sociology department of the University of Buffalo looked at more than 40 years of the iconic music magazine’s covers.

The news from Buffalo isn’t great for female singers.

While sociologists Erin Hatton and Mary Nell Trautner discovered that both sexes experienced an uptick in overall sexualization on the cover of Rolling Stone, it was women who really got the lacy underpants and messy hair treatment. (The difference for men was negligible with only a 1 per cent increase in 40 years.)

The researchers found that the overall trend has been to amp up the sex factor with female stars. For example, in the 1950s less than half of the women were sexualized on the cover. By 2009, that number had increased to more than 80 percent.

The sociologists were particularly concerned about the limited way in which female singers were presented. To them, women weren’t just sexualized they were “hypersexualized”.

What’s the difference between sex and hyper-sex on a cover? It’s all in the details. For example, it’s not enough for a singer to be in her underwear on the cover. She’s also got to be lying down or kneeling. The accompanying suggestive cover lines also support an oversexed adolescent boy’s reading of the women, the study points out. According to the researchers, in the ’70s, 6 percent of women on Rolling Stone’s covers were hypersexualized. By 2009, that number had increased to 61 percent.

What does it all mean (other than perhaps Rolling Stone’s art director needs to read more academic papers on representations of gender and sexuality)? It means that many women who want to sing and write music also have to pretend they’re Playboy Playmates too. And if that seems fair or wise then maybe little girls with big dreams would be wise to add pole-dancing classes to their extracurricular activities.