Do men want sons more than they want daughters? Conversely do women long for baby girls over baby boys? Though the responses may fly in the face of popular notions of gender equality—not to mention the old ‘as long as it’s healthy’ response—a recent survey suggests that men want boys and women want girls more than the reverse. 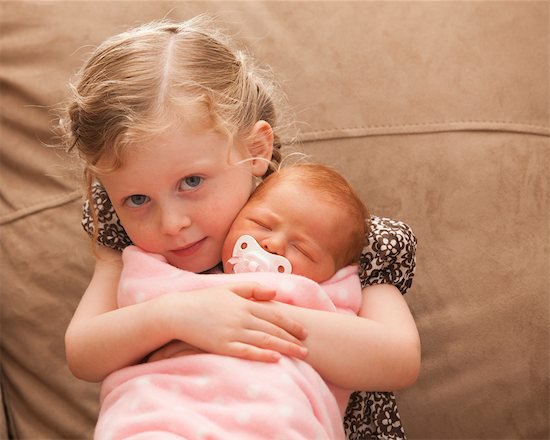 Do men want sons more than they want daughters? Conversely do women long for baby girls over baby boys? Though the responses may fly in the face of popular notions of gender equality, a recent survey suggests that men want boys and women want girls more than the reverse.

Researchers in the department of Biology at Queen’s University in Kingston, Ontario (via The Atlantic), wanted to see if men and women showed obvious preferences when it came down to the sex of their first born child.

The only answers accepted for the survey questions were “male” or “female”—there was no “no preference” option given. The researchers claim they didn’t offer it to ensure that no one felt obligated to be politically correct.

Ultimately, the survey revealed that among those polled sex preferences do exist, with men overwhelmingly favouring sons and women favouring daughters. That’s not to say that some men didn’t prefer female firstborns or that some women didn’t prefer males, only that the majority stuck to their own kind, gender-wise. (And it’s possible, if not likely, that some do have no preference at all, though they weren’t allowed to say so in the survey.)

The question is why do men and women have these preferences? The researchers hypothesize that men favour boys for much the same reason that women favour girls—because human beings often project their own dreams on their children and those dreams often come with stereotypical ideas of what it means to be male or female.

Moreover, the study suggests that affluent democratic societies encourage women to favour daughters more than those societies where opportunities for women are circumscribed by discrimination and inequality.  Seen in that light, women preferring daughters over sons is a sign of progress.