The Crown Season 2 Is Almost Here. Here's What The Queen Was Eating In The '50s And '60s

In 1965, a former royal chef revealed the monarch’s favourite recipes to Chatelaine: plenty of meat, French fries and something called ‘Scotch woodcock.’ 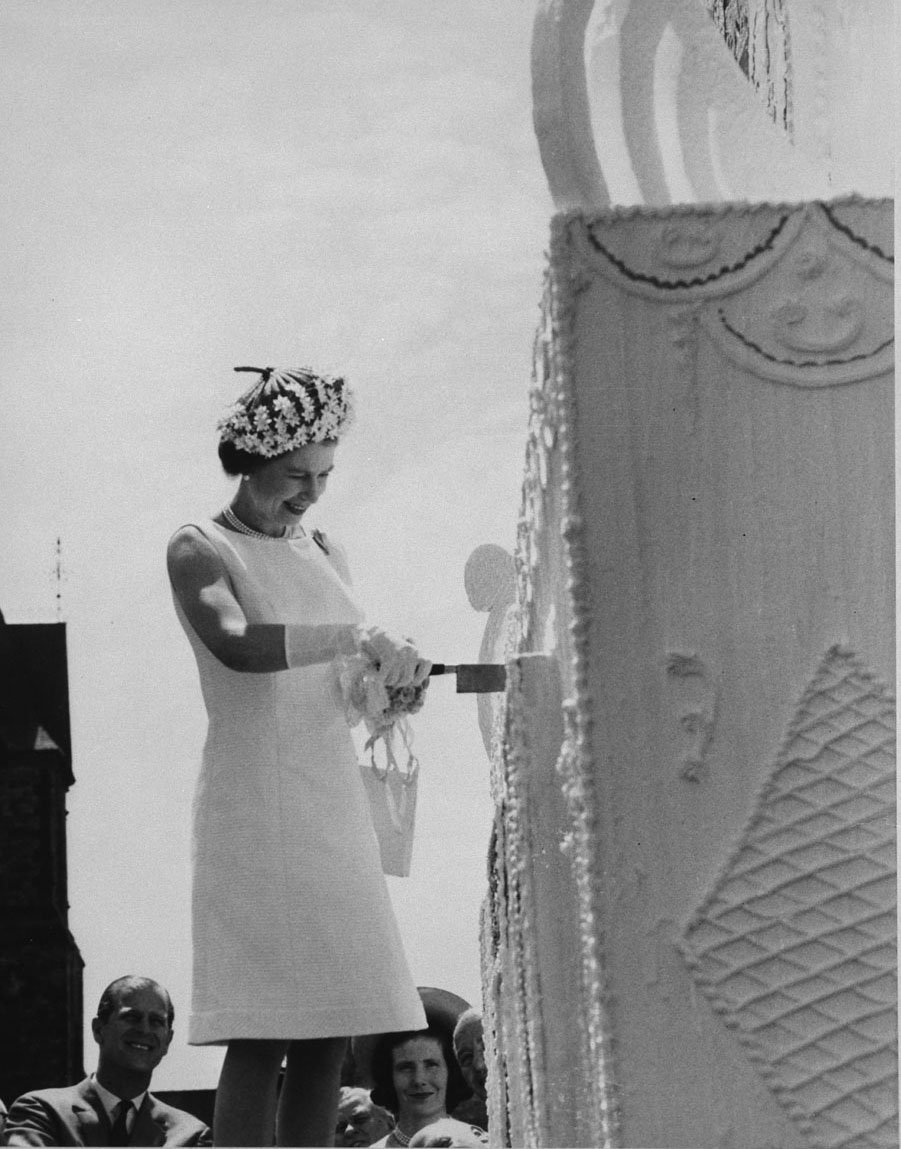 Given her royal pedigree, you’d think Queen Elizabeth II could eat anything her stomach desires: Yorkshire pudding finished with gold leaf. Prized pheasant. England’s finest mutton. But, it transpires, her tastes were much more prosaic. In June of 1965, royal chef Charles Mellis spilled the beans on the Windsor family’s eating habits to Chatelaine. And, in honour of the return of Netflix’s The Crown on December 8 — season two covers 1956 to 1964 — we take a look at what we learned about the Queen’s favourite foods.

From 1953 to 1962, Mellis accompanied (and fed) QEII and company aboard her royal train, but, said Mellis, “while she enjoyed the comparative spaciousness of the royal coach, my task as head chef was to produce meals fit for a queen in a traveling kitchen a little larger than a fair-sized closet.” Still, however minuscule his prep area, Mellis managed to produce a broad range of menu offerings to match the Queen’s so-called “cosmopolitan” tastes. Below a few of the monarch’s preferred dishes. 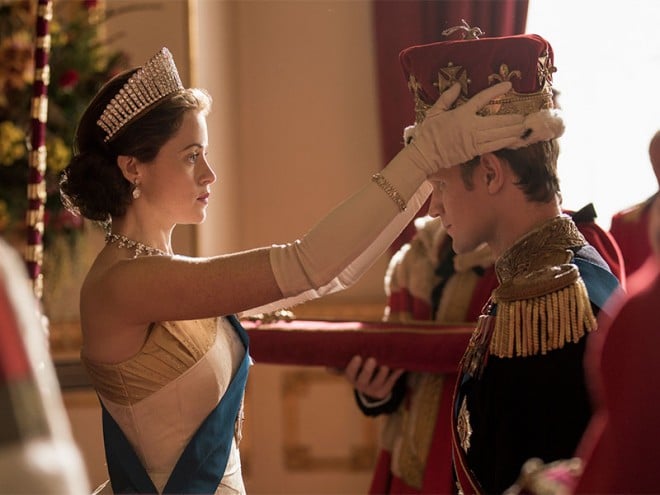 According to Mellis, the Windsors “liked the American custom of having salad with lunch” — how quaint! — so he’d regularly toss together lettuce, two eggs, four tomatoes, a cucumber, a bunch of radishes, two small cooked beets and half a green pepper to sate them.

Another traditionally American dish, this chicken concoction was a family favourite. Mellis served it alongside fried banana, crisp bacon, sweet corn pancakes and a dollop of horseradish sauce.

A typical royal dinner “always started with these,” which could range from peppers (stuffed with shrimp, crab and slaw) to tomato canapés (topped with peanut butter (!), mayo and a dash of lemon juice). 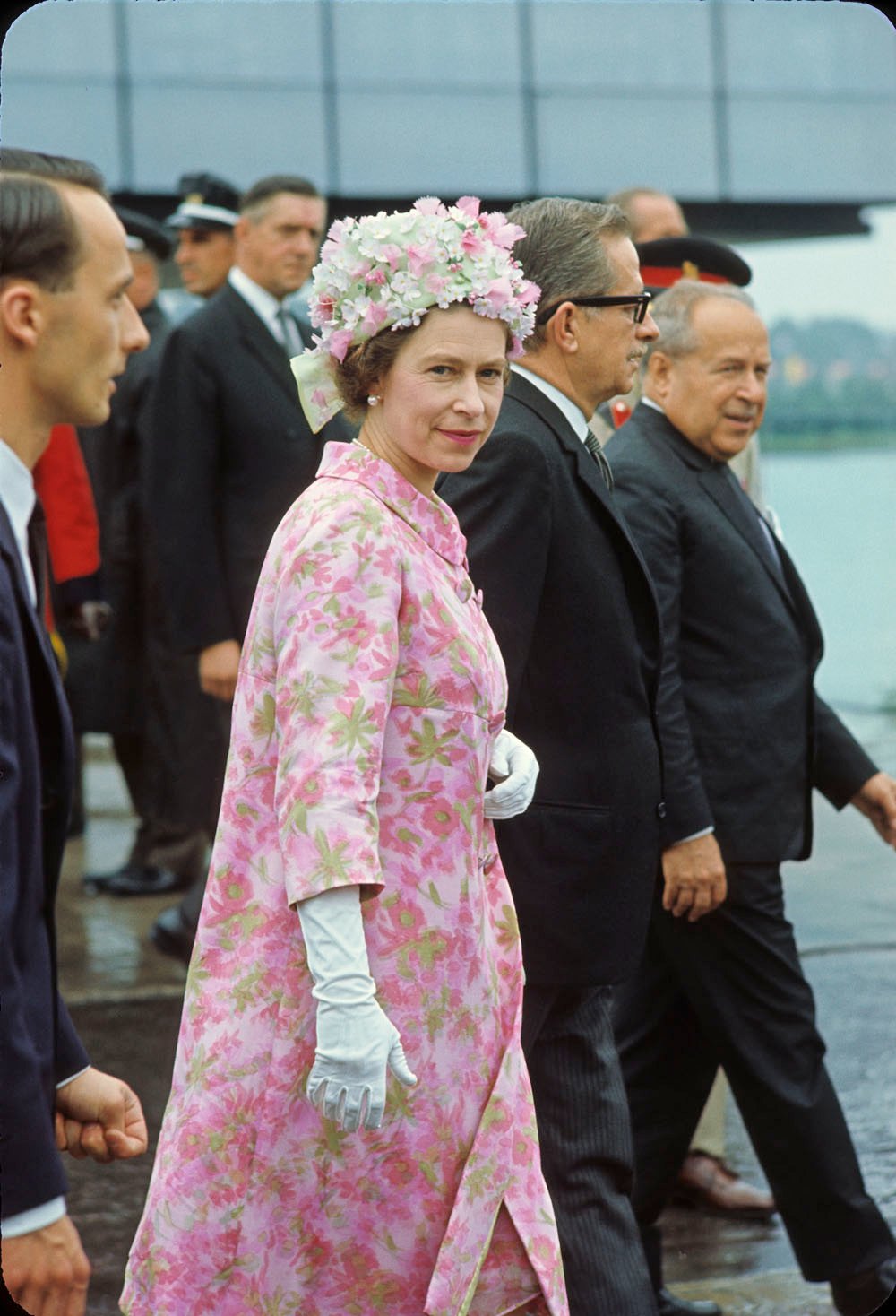 These are steak rounds topped with tomato, mushroom and bespoke Maître d’Hôtel butter. Always serve one more round than the number of guests, said Mellis, to ensure “there is still a portion on the dish after everyone has been served. No guest should be made to feel that he or she has been served with whatever was left.”

Mellis said “neither the Queen nor her husband are fond of overfond of sweet desserts — instead, they have a savoury dish to follow the main course.” Apparently “a good deal simpler than it sounds,” Scotch woodcock is actually a fancy version of scrambled egg on toast, topped with anchovies, capers and chopped parsley. Mellis further cautioned readers not to add the garnish ahead of time, lest the dish “lose its eye-appeal by the time it reaches the table.”

Because, per Mellis, “the Queen is partial to fried potatoes.” Same.

Watch: The cast of The Crown celebrates season two: