The muscle-bound sequel allows its female characters the joys of sex — in all its silly, male-thong-wearing glory. 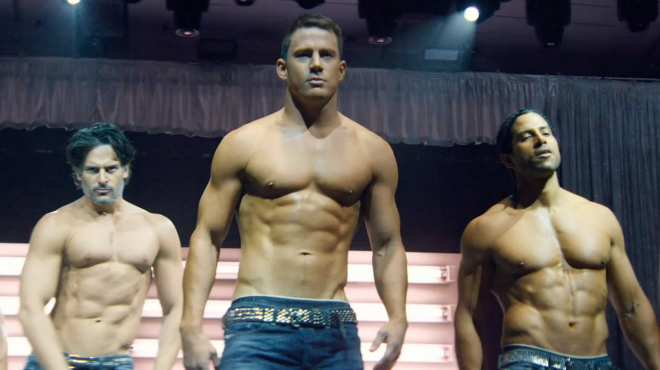 No more than three minutes into the beginning of Magic Mike XXL, the first bare butt appears. Seconds later, the film’s leading man, Channing Tatum, is thrown into a pool, only to emerge soaking wet — a dress shirt vacuum-sealed to his unfathomably chiseled chest.

Haha, oh wait, where was I?

There are many things this beefcake-y sequel to the 2012 film about male entertainers is not: an Oscar contender, an artistic meditation on the male form in popular culture, a good thing to watch with your parents.

What it is, however, is a whole lot of fun — a concept that Hollywood has long left out of films where female sexuality is concerned. In The Scarlet Letter — and its modern silver-screen incarnation, Easy A — the issue of women having sex is spun into a morality play. Even Fifty Shades of Grey, sold as the ultimate female fantasy, skewed on the side of slut-shaming. Not to get too academic about a movie powered by R&B-soundtracked gyrations, but the Magic Mike sequel offers a refreshing counterpoint to dated sexual tropes: that women (referred to in the film as “queens” an embarrassing number of times) pursue men to have sex — sex they enjoy and don’t feel ashamed of.

In the film, Andie MacDowell deftly plays a middle-aged woman who radiates sexual agency and openly craves intimacy — and ultimately ends up getting some from a much younger Joe Manganiello. The strip troupe’s MC, played by an amply greased Matthew McConaughey in film one, has been replaced by the sassy, girl-empowered Rome (Jada Pinkett-Smith), who runs a strip joint tailored solely to a straight female clientele. And the enthusiastic spectators of the bronzed-bro show? They’re young, old, black, white, skinny and curvy. We all have needs, after all.

Related:
Should you watch the Fifty Shades of Grey movie?
The 9 women who’ll dominate the big screen this summer
How does Amy Schumer get away with it?