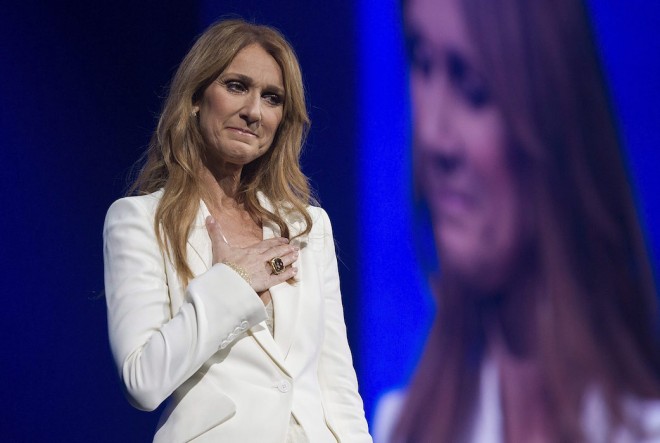 For those who didn’t have a Google alert set for “French Canadian divas” and “deli meat” over the holidays, here’s everything you’re dying to know about Céline Dion’s carnivorous business venture (and why she’s got a big beef with Prime Minister Justin Trudeau).

What’s going on?
Turns out Dion and smoked meat have been dueting since 2012, when Dion became part-owner of Montreal’s famed Schwartz’s Deli. She and her now-late husband René Angélil were part of a group of investors that reportedly bought the beloved sammie shop for $10 million.

What’s the big deal about Schwartz’s?
Like Dion herself, Schwartz’s Montreal Hebrew Delicatessen (with its quirky staff and Depression-era decor) is a national treasure, largely responsible for Montreal’s long running smoked meat obsession since it opened in 1928. Since then, the tiny space on St-Laurent has remained almost eternally popular — often with a line up going out the door and around the block. It’s been the subject of a documentary, a book and a musical. It featured prominently in an episode of Anthony Bourdain’s The Layover and was immortalized in the Mordecai Richler’s Barney’s Version, where Barney himself described the scent as “a maddening aphrodisiac.” 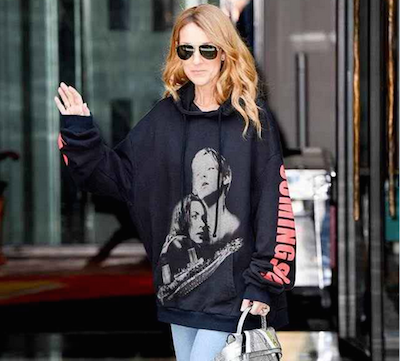 Why are we only now hearing about this?
Céline mega-fans will recall that the purchase got some press coverage at the time of the sale. At the time, devoted long-time customers feared that the new star ownership meant inevitable franchising and a dip in quality. Five years later, Schwartz’s remains a singular institution.

Why does a high-flying diva get involved in an old school deli?
Céline Dion grew up as the youngest in a family of fourteen and she has roots in both the carnivore and culinary communities. Her father Adhémar was a butcher. More recently, her mother Therese shared recipes for pimento sandwiches and tiramisu on a daily online cooking show called In the Kitchen With Mama Dion. Schwartz’s isn’t even Dion’s first restaurant venture — she launched the American diner-inspired Nickels Deli and Bar (a Quebec and Ontario chain, which also does a smoked-meat sandwich) in 1990.

Does she ever go there?
Mais oui! Céline was last spotted getting her smoke on in August, stopping in to greet fans and pick up lunch and donate lunches to several charities in honour of René.

Did she really “save” Schwartz’s?
Schwartz’s was for sale because of the previous owner’s health issues, not because the business was in trouble. If the rumours of the $10-million price tag are true, it stands to reason that Schwartz’s didn’t really need a saviour — just a buyer. And that if Celine hadn’t stepped in, someone else would come along. That said, like the power of love, there is no underestimating the power of Celine.

What’s this about a spat with the PM?
Justin Trudeau is a fan of longtime Schwartz’s rival, Main Deli Steak House, located across the street. Smoked meat allegiance is a big deal in Montreal, although it’s also possible Trudeau is seeking revenge for this.

What’s in Schwartz’s “Celine Dion” sandwich?
Sadly, there is no such thing. Unlike the delis in New York-based sitcoms Schwartz’s avoids the tradition of naming sammies after celebrity customers. Should they have a change of heart, we offer a few suggestions:

Rye Am Your Lady And You Are My Ham

I’m Everything I Am Because Pastrami

My Heart Will Dijon

It’s All Coming Back-Bacon To Me Now

I Smoked All Night