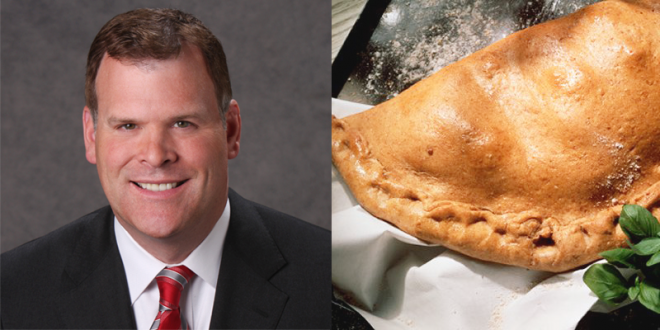 The news: In a pensive sit-down interview airing this coming Saturday on CBC, Canada’s outgoing Foreign Affairs Minister John Baird confesses to Peter Mansbridge that he never intended on becoming a political “lifer.” Baird’s recent resignation may have come as a shock to some Parliament watchers, but apparently this decision was a long time coming—the 45-year-old Conservative MP reconsidered his career trajectory after the sudden death of ex–finance minister (and friend) Jim Flaherty last year. “That really shook me up,” Baird said. “It was a reminder that, if you want to do other things and opportunities present themselves, you should reflect on that.” Baird plans to pursue opportunities in the private sector, and Trade Minister Ed Fast will step into the foreign-affairs role while PM Harper mulls over succession options.

The dish: A savoury turnover befitting a mid-life career change. This doughy calzone is packed with mushrooms, peppers, cheese and jalapeños, so every bite is as unexpected as Baird’s next move. Get the recipe here.