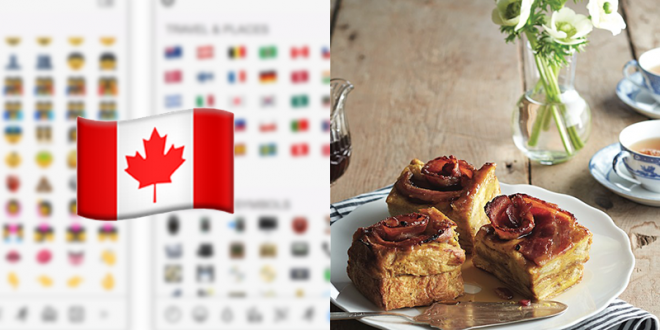 The news: Apple’s new iPhone software, which is slated for roll-out later this year, includes a more racially diverse set of emojis — and even a Canadian flag! (Wave goodbye to the days of entering the American flag “plus up arrow.”) Screenshots of the redesigned emoji offerings hit the web this week, five months after a tech-industry report called for icons that “reflect more human diversity.” Texters will soon be able to choose from tiny cartoon people bearing a variety of skin tones, and 27 new country flags will be available for periodic displays of iMessage patriotism. [Exploding party hat emoji], it’s a great day to have thumbs.

The dish: Bacon, eggs and maple syrup in proudly Canadian French toast form. Taste harmony happens when breakfast-food groups come together as one. Get the recipe here.