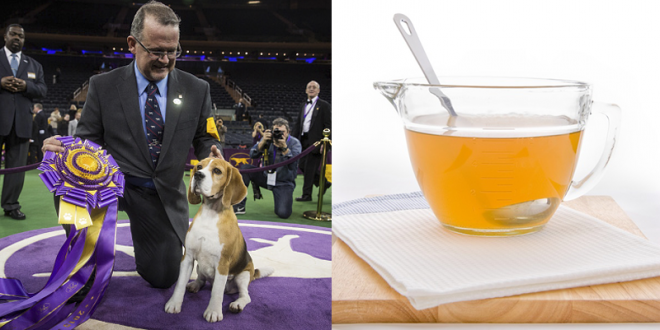 The news: There’s a new top dog in town! Four-year-old British Columbian beagle Miss P bested Charlie, a beloved Skye terrier, to win best in show at the annual Westminster dog show on Tuesday. A grand-niece of 2008’s winner Uno—the only other beagle in the competition’s history to take first place—Miss P is co-parented by Lori and Kaitlyn Crandlemire of Enderby, B.C. and Eddie Dziuk, an American. The excitement doesn’t end at the ribbon ceremony, however—the demure Canuck canine hit the morning-show circuit on Wednesday, and is set to follow her television debut with lunch at chi-chi Manhattan restaurant Sardi’s, face-time with Donald Trump and a walk-on part in the Broadway musical Kinky Boots. There’s no prize money promised to Westminster winners, so hopefully dog-park bragging rights will suffice.

The dish: A trendy, aromatic soup stock, simmered with bones. Get the recipe here.