Journalist Leah McLaren on spilling her guts in print

Leah McLaren is no stranger to publicly revealing the most raw details of her life in print. She shares what it's really like to be a confessional writer. 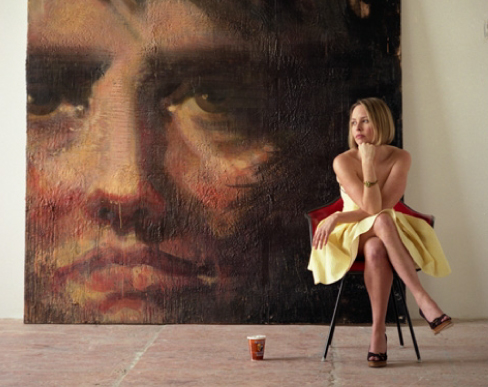 I have a secret to tell you: The best confessional writing isn’t the truth. This is not to say that authors of memoirs are outright fabulists. Most of us do not make stuff up in the manner of James Frey and his million little lies. But what most skilled memoirists will admit, usually late at night and after a glass or two of whisky, is that the semblance of honesty is much more important than the veracity of honesty in their chosen craft. I mean this not in terms of the actual events conveyed (if you’re writing a book about how your mother was a bank robber, you’d be wise to make sure your mother was a bank robber) but in terms of the thoughts and feelings collected on the page. Just as comedians rarely laugh at their own jokes, confessional writers tend to be a cool and clinical bunch — we set out scenes of grisly raw experience or comical anecdotes while staying curiously detached. We take bits of real life and tinker with them until they become something new.

A strange thing happens when you write about your life for a living. Take me, for example (why not, if we’re getting personal). For most of my 20s, I wrote a column in the Globe and Mail Style section that was mainly concerned with the particular events of my life. (Today I write a very different column about the arts.) I wrote about parties I’d been to. The books I’d just read. Told the story of going on a road trip to Florida with my parents in a big white Buick. And my dog nearly drowning in a frozen pond. Once I wrote about getting a bikini wax, which was a big mistake (a reader sent me a stack of Polaroid close-ups of all his ex-girlfriends’ waxes). The point is, for a fairly innocuous column, it provoked an astonishing response. People wrote me thousands of emails over the years, all of them essentially saying one of two things: a) I hear you, sista! or b) You should be fired immediately for failing to cover the state of Canadian health care reform.

The reality is that all those years I was writing about my “life,” I was also holding a great deal back, parsing my experience carefully in order to convey exactly what I wanted to. I did not, for instance, ever include any prurient details about my romantic life. I breezed over terrible breakups, brushed away illnesses, taxes and death. I was trying to be funny and topical, of course, and I hope for the most part it worked. I used to refer to the process as a Japanese fan dance — reveal all, show nothing. The truth was that it was not actually a column about “me.” That’s because life, unlike prose, is a messy affair with no discernible rhythms or narrative. Life just sort of muddles along. Good writing has form. Experience, for the skilled memoirist, is something to be ruminated upon, captured and wrestled into submission.

This is certainly true of Jowita Bydlowska’s new memoir, Drunk Mom. Though, when it comes to the events of her life, she’s more courageous and revelatory than most. Her memoir, as the  title and suggests, tells the story of her relapse into alcoholism in the first year of her son’s life.

The result is terrifying and moving by turns — a portrait of the addict as a mother, and one that will send chills of recognition down the spine of any woman who’s ever struggled to cope with the shock of a new baby or numbed herself with wine. (And, by that, I mean almost every mother I know.) Jowita’s book is extraordinary because she reveals — in spare, emotionally controlled prose — the most appalling truths about herself: mickeys hidden in strollers, late-night nursery blackouts, a web of lies so toxic and complex she wakes each morning with “remorse already eating away at me like rot.” In an interview she told me how ambivalent she was about the notion of writing a memoir, how she actually went to rehab pretending she was doing research for a work of fiction. (“That’s how in denial I was.”) And finally how, when she gave the manuscript to her partner, the novelist Russell Smith, it just sat on his desk for several days, untouched. “He tried not to take his anger out on me, but keep in mind this was not a work of fiction and our child was involved,” she said.

Many of Jowita’s family members have refused to read the book at all, and she’s okay with that. In truth, she finds it a relief. “It’s not the sort of thing you can really discuss with your family,” she told me dryly. “Hey, everyone, I almost destroyed my life and yours! Let’s pretend that wasn’t real and discuss!”

Innocent bystanders, of course, pose the most troubling quandary. No matter how beautifully written your version of events, people who were actually there will generally have their own particular take. I have a policy of warning the people I write about. Loved ones tend to react badly when ambushed, especially by depictions of themselves in print. But occasionally a confessional writer is compelled to tell a story that will compromise a relationship, no matter how delicately it is handled. This was the case with a recent essay I wrote in Toronto Life about getting divorced. When, as a courtesy, I showed an advance copy to my ex-husband, with whom I’d managed to maintain a distant sort of civility, he responded via email that I was “disgraceful” and an “embarrassment as a person and a journalist.”

Harsh, but I understand where he’s coming from. I’m proud of the piece — divorce is an incredibly difficult thing to write about honestly, because no one comes out smelling pretty (I certainly didn’t) — but I’d be delusional if I didn’t face the fact that publishing such an essay comes with a certain amount of baggage. And the thing about baggage is that you have to own yours — as Jowita, now a recovered alcoholic, well knows.

The best confessional writing is not a raw gush of pure experience on the page — it’s just made to read that way. And that, gentle reader, is the honest-to-gosh truth.

FILED UNDER: How to do everything better memoir