Why I reported my dad to the police

I needed to save myself. 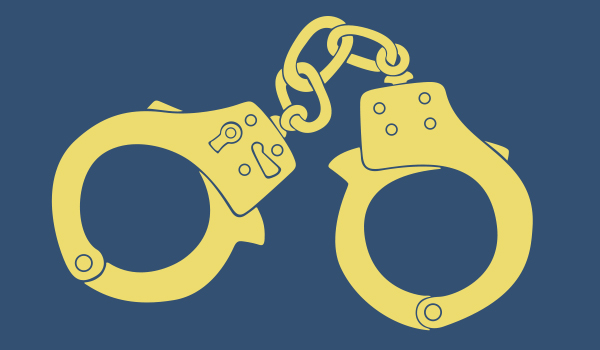 “They’re conducting an investigation of me at school,” he says. He’s a teacher’s assistant at an elementary school. “Students have accused me of touching them inappropriately. I swear I never did. They may come here and ask you questions. I know I’ve done things in the past. I want you to know, whatever you say, I won’t judge you.”

I begin to cry.

He’s scared. He knows he’s touched me in the past.

Before he called me into his room, I was laying on my bed writing a letter to God. I was asking God if I should call the cops on my dad.

Not even a month later, I walk through the emptying playground of his school. My friend is with me, but I feel alone. The fall leaves are fluttering and I hear them lightly scratching against the concrete. Children’s laughter is echoing through the grey sky.

“My dad sexually assaulted me,” I tell the lady in the office.

They drive me to the police station. I tell them everything.

The night my dad’s called to the police station, I don’t go home. I stay at a friend’s house. There’s a party going on. Everyone’s laughing and having a good time. I imagine myself in the deepest, darkest well — so far from home.

“The devil is with me tonight,” my mom later recounts my dad saying on his way to the police station.

He is arrested and charged.

I go home the next day, petrified. My mom is angry. “Why did you do it?” she demands.

My family attends court. He’s standing in the prisoner’s box, his weeping face cupped in his hands. He looks over at us and gives a faint smile. Then he’s handcuffed and taken away.

That’s the last the last time I saw him before his release. When he gets out of jail two years later, he’s shorter than I imagine. He’s not the man I thought he was — I am not afraid of him anymore.

It has been more than 10 years since I reported the abuse. I still don’t understand why I see him. I still love him — and, at times, hate him. I’ve seen him love me and I’ve seen him hurt me. Life’s not black and white but an ocean of grey. That’s all I can walk away from this knowing.

It’s strange, to feel such immense love for someone and such profound hurt. That’s what it’s been like with my mom. She’s still with him. Even after I begged her to leave. The betrayal is too much to bear at times. Yet, I still love her. I still need my mom.

I chose to expose my dad because he needed to be held accountable.

I chose to expose my dad, because even as I saw him sobbing in court, being taken away in handcuffs, he needed to take responsibility.

More:
The baby girl I almost had
What it feels like to live with undiagnosed autism
I spent 20 years hiding my depression — now I’m ready to talk